Who is Andrew Beyer? Everything About the New Boyfriend of Josh Flagg

The Million Dollar Listing: Los Angeles star Josh Flagg is back in the dating game. Ladies and gentlemen, American real estate agent, Josh is off the market for now. Read the article further to know more about his new beau Andrew Beyer. Josh re-posted a snap of the duo on Instagram Story

Recently, Flagg confirmed the fact that he is in a relationship with Andrew by re-sharing a friend’s Instagram Story photo, which showed the pair leaning in for a kiss at a restaurant. 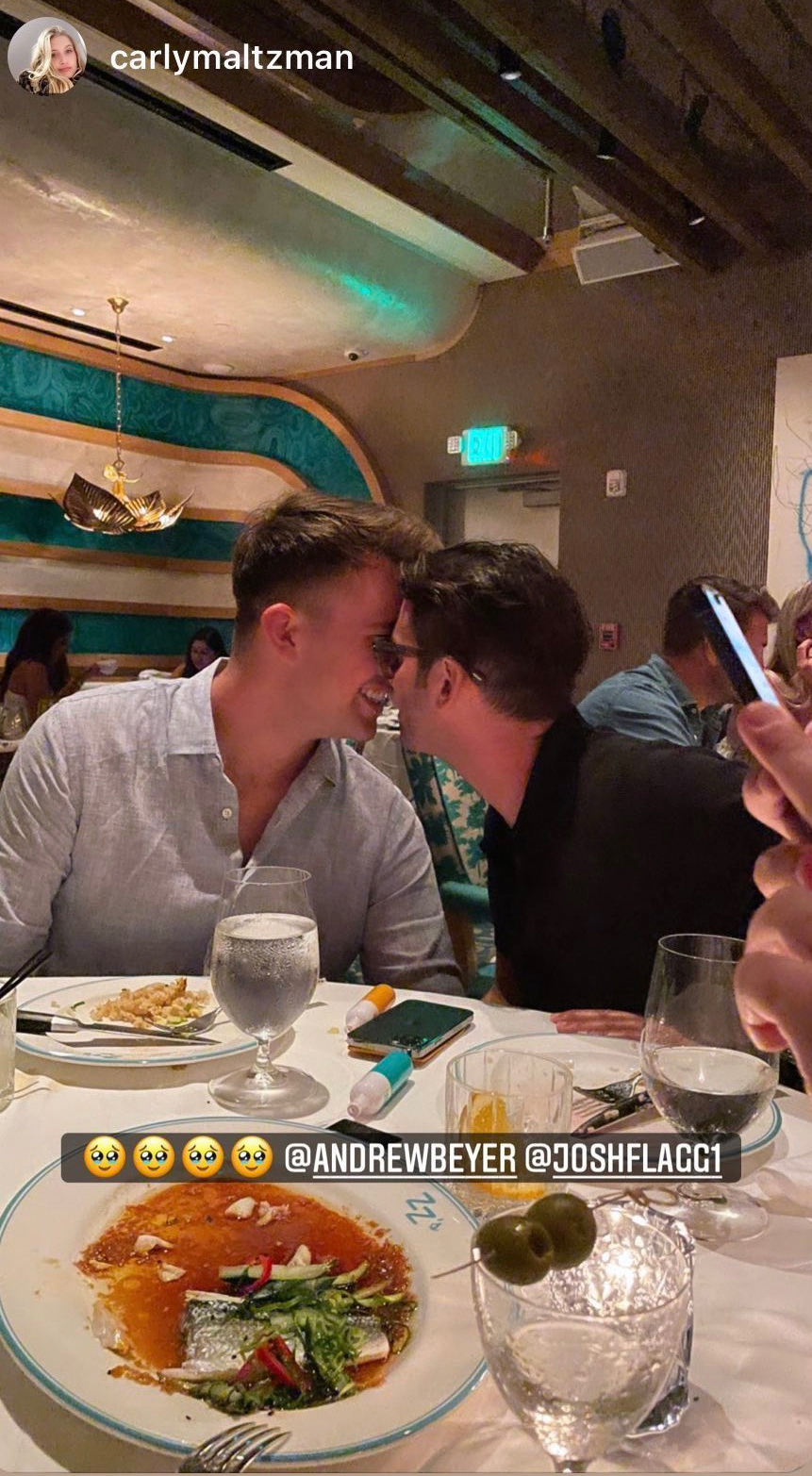 In the past, Josh stated that he had a new man in his life but he didn’t reveal other details about his mystery man. He kept his relationship under the wraps.

Here’s everything you need to know about Andrew Beyer

Andrew is also a real estate agent by profession. The LA native works at the Aaron Kirman Group which is a real estate brokerage in Los Angeles. He went to USC to study. For those who don’t know, he is also a friend of social media influencer Olivia Jade.

In December of 2021, Beyer also dropped a sweet picture with Lori Laughlin’s daughter on the social media platform Instagram. At the moment, he has more than 9k followers on Instagram. Every now and then, he keeps giving his fans life updates through the social networking service.

When did Josh announce that he was parting ways with his husband Bobby?

The duo tied the knot in September 2017 at the Beverly Hills Hotel. Josh announced his split with his husband Bobby Boyd in March of 2022. He confirmed the news of the duo’s separation on Instagram.

At the time, he wrote, “Bobby and I are divorcing. This might sound abrupt but I felt I should be transparent from the top rather than bury the headline. This was not a rash or impulsive decision.”

He further added, “We have been very thoughtful before coming to this conclusion. It was not a lack of love but rather the two of us growing in different directions and wanting very different things for ourselves.”

Flagg concluded by saying, “I care deeply about Bobby and have nothing but love and respect for him. I want how we separate from each other to represent that.” He also thanked all his fans for their unwavering support. What did Josh have to say about his new boyfriend Beyer?

During an interaction with People, the 36-year-old spilled the beans on his breakup with Bobby. He said, “After Bobby and I split, I did start to see somebody. I was not looking to date anybody because I was married. We never went on a date until after Bobby and I left our marriage.”

Flagg further added, “We were friends for a while. It just happened organically. I like him very much, and he’s a very nice guy.” Then, he also unveiled that his new man is also in the field of real estate.

We are happy to see that Josh has moved on in his life. Don’t forget to stay tuned with us for the latest updates from the world of showbiz.