What to Expect from Jujutsu Kaisen Chapter 181?

The finale of the Sendai Colony battle is finally here and it was a feast to witness two titans go at it with full force. The conclusion is here and Okkotsu wins this one, ending the four-way deathlock in Sendai Colony in Jujutsu Kaisen Chapter 181. 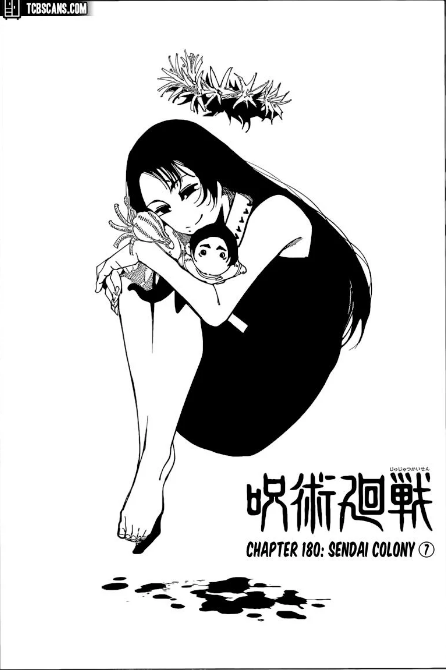 First, it was the old man, then the giant insect-cursed energy, then the air-bending magician Oro and lastly the ever-so-hungry for battle Ishigoori with his infinite cursed energy blasts.

When is Jujutsu Kaisen Chapter 181 Expected to Drop?

Now that all the murderers from Sendai Colony have been defeated the manga will move forward with the culling game. So when can we expect the new chapter to blow us off with the continuation of the Culling Game Arc?

Well on the last page of the manga it is stated that the mangaka is taking a break next week so you can read the manga on the official Viz Media website when it drops on 15 April 2022.

Okkotsu and Rika Vs Ishigoori Continues

In this chapter, we saw the conclusion of the battle between Okkotsu and Ishigoori finally ending the Sendai Colony part of the Culling Games arc of Jujutsu Kaisen.

The chapter starts with Ishigoori and Okkotsu caught in a standoff, Ishigoori is charging up but the only way Okkotsu can win is to restore his energy before Ishigoori can blast his cursed energy.

But in pure love for action and subversion in shounen, none of them waits and goes full out with their blasts, but as Ishigoori revels in the fun that he’s having, it is revealed that Rika was the one shooting the cursed energy blasts while Okkotsu was running with the blasts towards Ishigoori.

The two blasts collide forming a huge collision that gives Okkotsu a cover to get near Ishigoori for a heavy impact attack. While Ishigoori deflects Rika’s cursed energy blast with his hand, he powers up to finish Okkotsu off with Granite Blast at face value.

But to Ishigoori’s dismay, Okkotsu deflects the blast with Oro’s ability revealing that his cursed techniques are fully recovered and Ishigoori gets to know that Okkotsu’s ability is Mimicry. 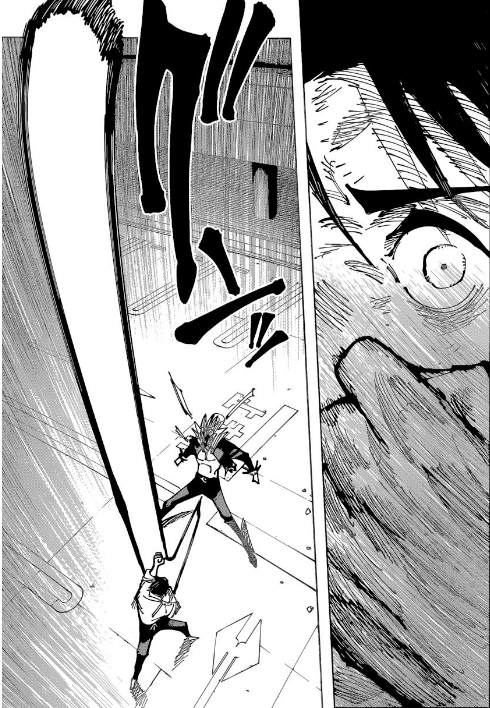 Ishigoori figures out that to be able to mimic anyone Rika has to be the one who punches the other sorcerer after which Okkotsu can mimic their ability. After this, Okkotsu released Thin Ice Missiles directly into his stomach.

While Rika comes from behind and smacks Ishigoori down with a heavy punch. Here it is revealed that Okkotsu and Rika’s five minutes are up and Rika will no longer be able to help with the fight.

Though this does not slow down Okkotsu one bit as he starts his cost fight with Ishigoori filling the manga with blood and sweat all over. While the fight is getting faster and Ishigoori is getting more excited at the prospect of fighting, Okkotsu grabs hold of him and pins down Ishigoori. 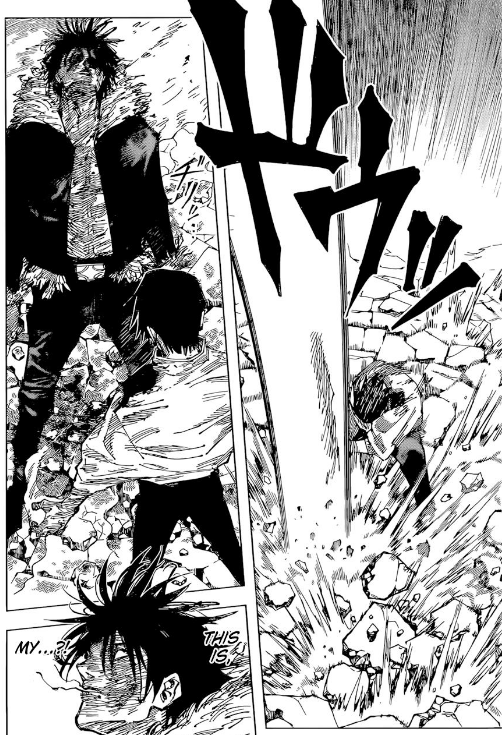 As the final blow, the cursed energy blast by Ishigoori at the beginning of the chapter comes back and drops right at the spot where Ishigoori had been pinned down. Finishing the delight and delicacy that was the fight between Okkotsu and Ishigoori to a definite climax.

Now what happens after the Sendai Colony part is still a mystery for us but one thing is for sure, whenever Okkotsu and Rika are involved in a fight there is no chance of it not being a masterclass in shounen and action. And when chapter 181 drops you can find out what happened on The Teal Mango.