What Are The 6 Games Played in Squid Game?

The squid game was fantastic, particularly the childhood games that everyone was required to play. Are you also curious as to what games will be included in the series? Or were you the one who saw it and now wants to know more about the games? You’ve come to the right place if you’re both. Personally, I looked up the following three games before watching the entire series. And now, we’ll present you all six of the childhood games included in ‘Squid Games.’

The Squid Game has become so popular that it can be found on the reels, tiktok, and nearly every meme page. Squid Game is a South Korean survival drama television series that is now streaming on Netflix. The show revolves around a competition in which 456 people from several sorts of backgrounds, all of whom are badly in debt, compete in a series of children’s games with deadly consequences if they lose. But they’re taking a chance to win a 45.6 billion reward. 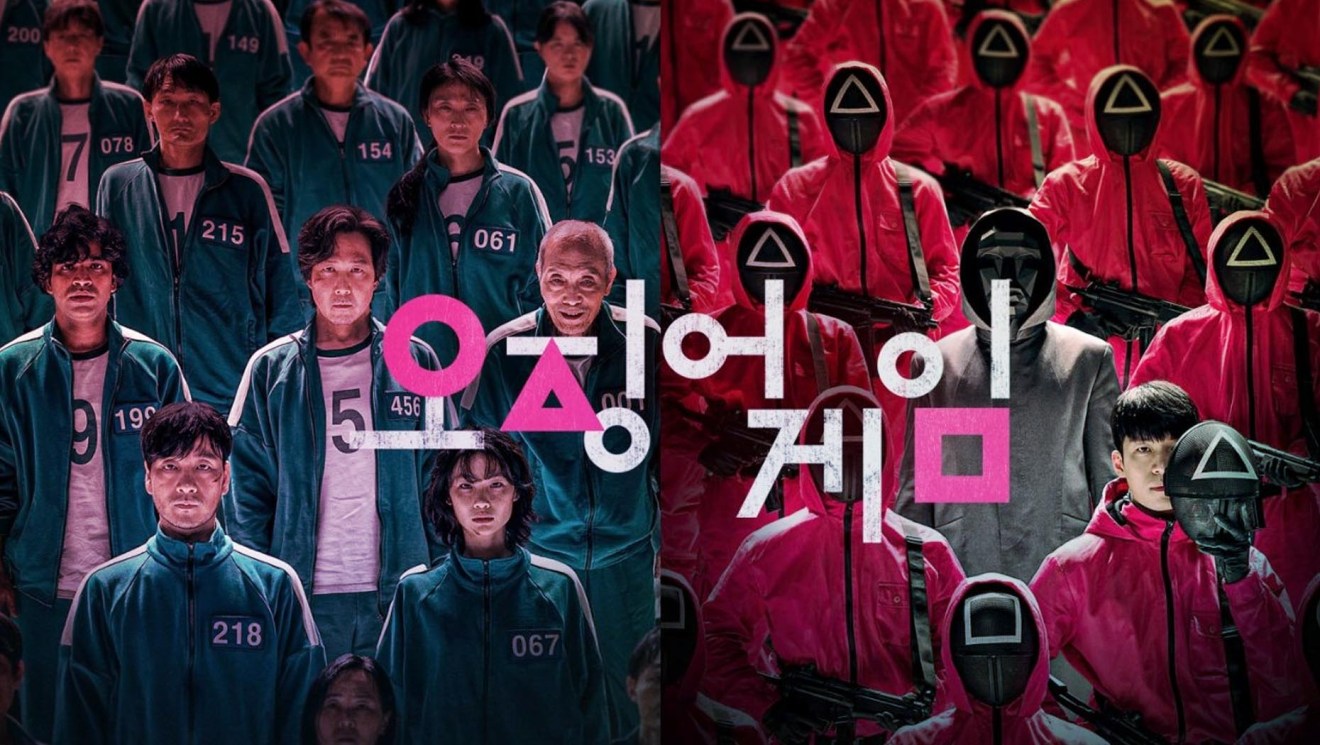 Do you want the game’s in ranking wise or chronological order wise? Let’s provide you both. This article may contain spoilers, so if you only want to see the game’s name and how it’s played, you can read. If spoilers are required, we’ll list them at the end of every game.

Here are the 6 childhood games that was featured in ‘Squid Game”.

You probably remember playing this game as a youngster; it’s really basic, and it’s the first game that recruits played after playing Pog/Ddakji (not a part of the competition). The initial Red Light, Green Light game was quite frightening because no one knew what would happen. Behind the start position, players stand at the far edge of the pitch, while another person stands on the opposite side of the field. 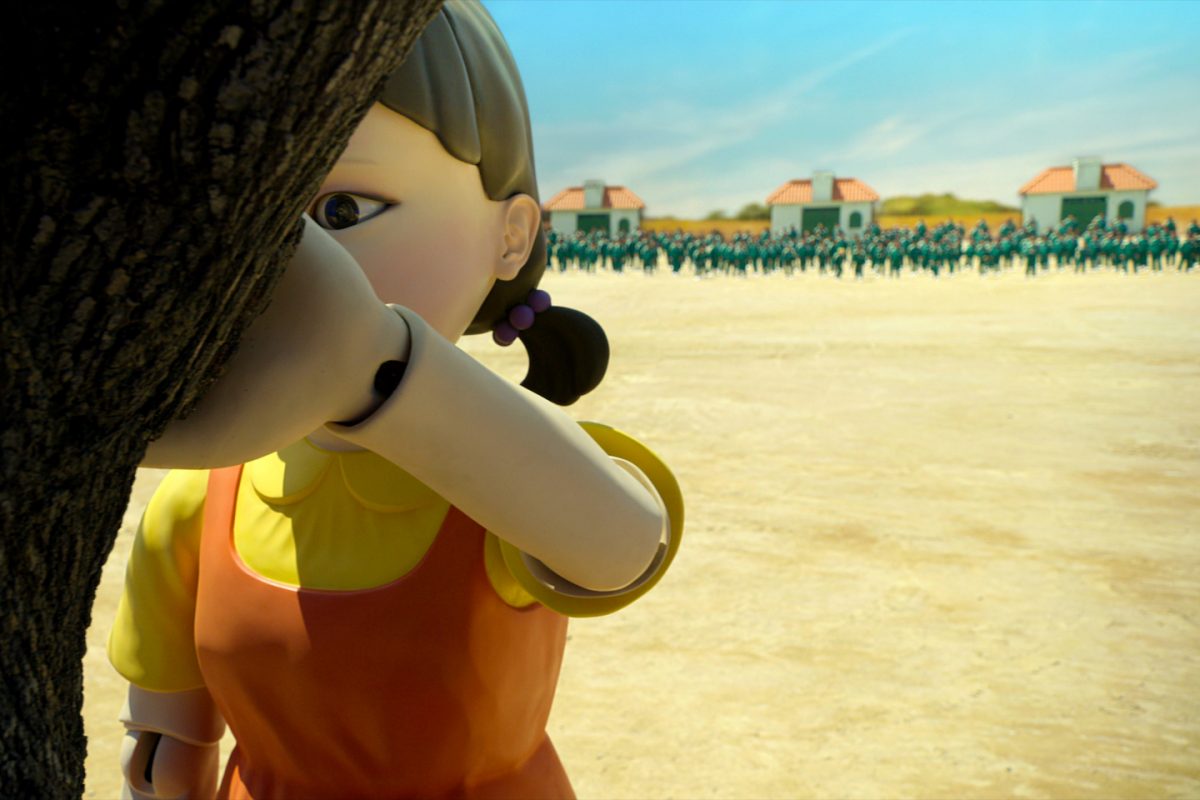 The participants goal is to cross the field to the opposing side, moving only when the person on the other side yells “Green Light” and stopping when they say “Red Light.” If someone is seen moving after the Red Light has been stated, they are out of the game. Literally eliminated, but it’s not that simple. 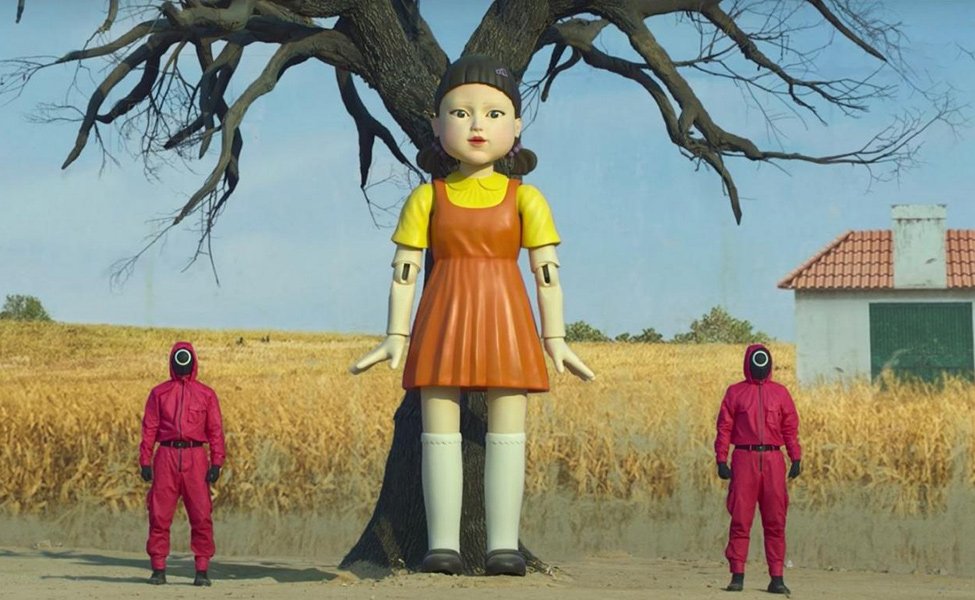 Spoiler! People were frightened when they discovered that if they were eliminated from the game, they would die. The creepy giant animatronic girl with Terminator eyes is the game’s most essential feature.

Honeycomb Candy, the tournament’s second-best game, sounds wonderful only while you’re eating it, not when you’re playing it. Each player receives a tin containing a honeycomb imprinted with one of four shapes: a circle, a triangle, a star, or an umbrella, which they choose at random before the game begins. 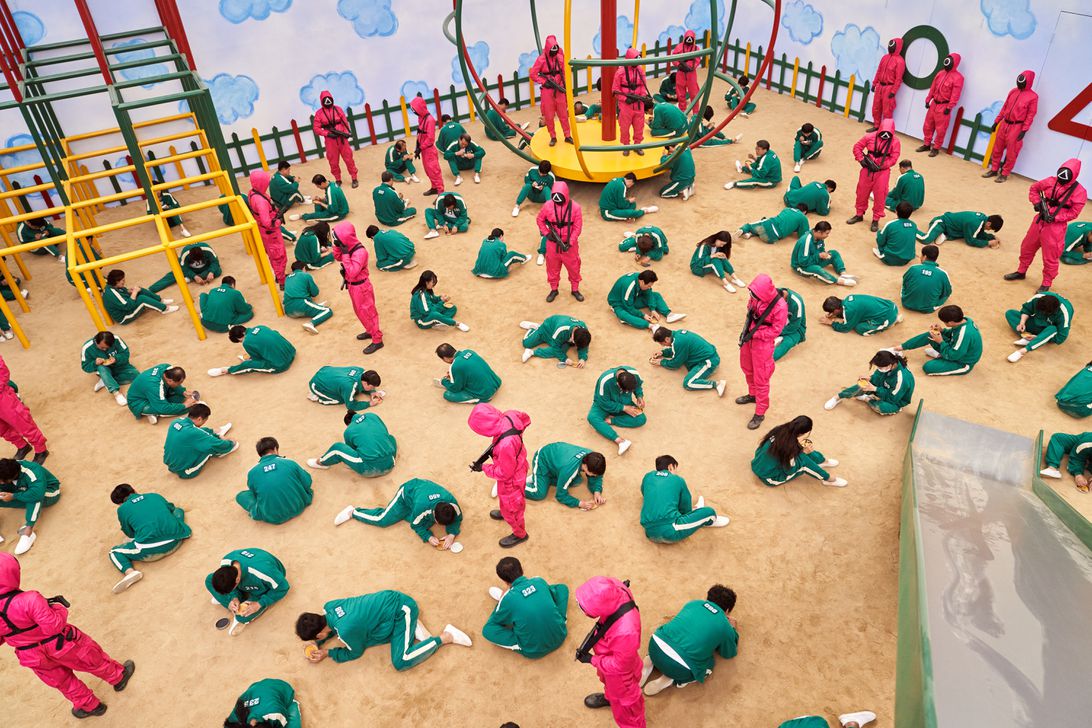 Each participant must extract the shape undamaged from the honeycomb tin within 10 minutes in order to stay alive. If a player fails to meet one of these criteria, they will be killed on the spot.

Figuring out how to extract the shape from the entire makes the game significantly more challenging. The triangle was the easiest to complete, while the umbrella was the most difficult. And we all know what genius plan the Umbrella & Star player’s had. Also, after being featured in the Squid Game, this game has become quite well-known. They use sugar to make it. 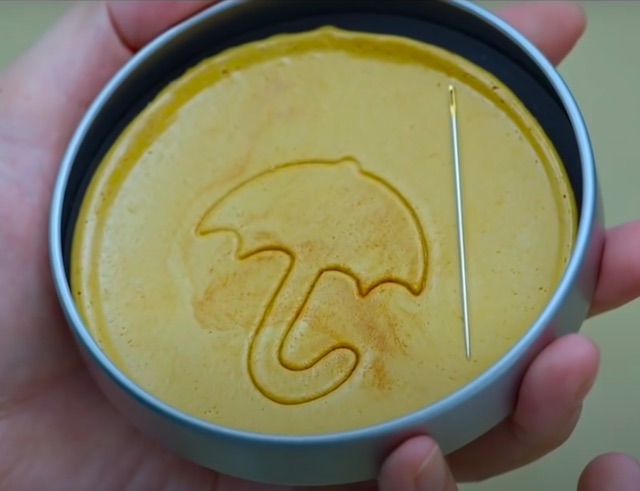 Another game we all enjoyed as children was marbles. And it wasn’t as frightening when you were younger, but imagine playing it in the Squid Game and knowing that if you lose, you’ll be shot on sight. In Squid Game, there were no set rules for playing marbles; instead, players were free to establish their own rules and play their favourite games. 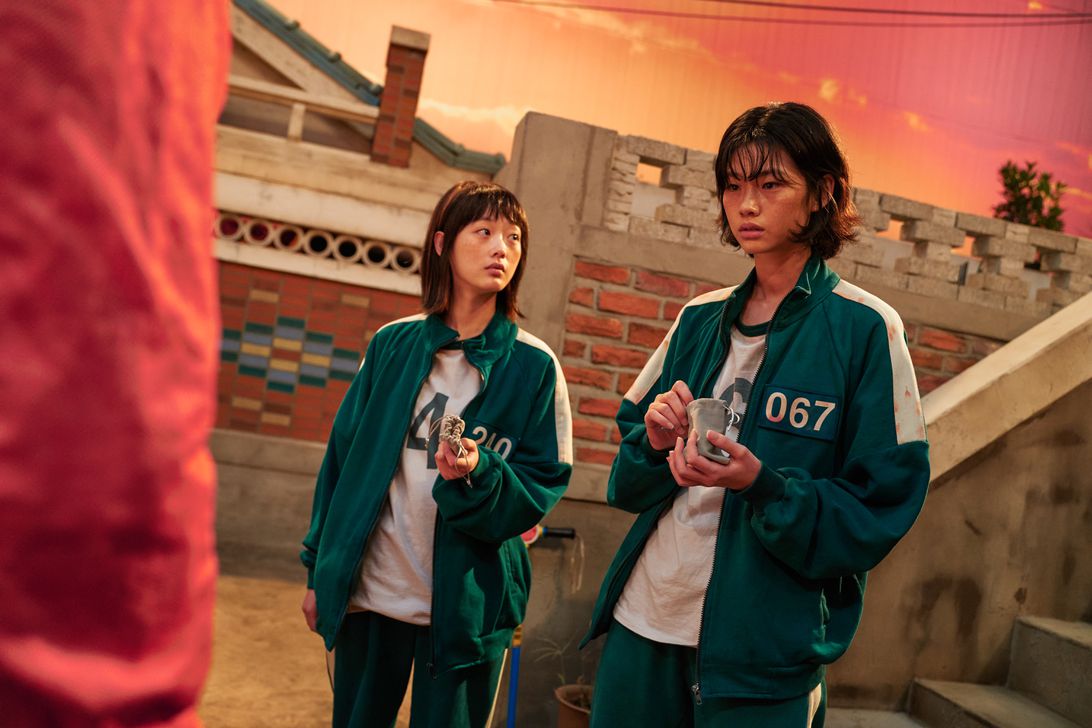 You just must play any game you come up with with your partner using 20 marbles, with the winner being the person who has all of the marbles at the conclusion.

The worst element of this game was that players were instructed to choose a partner before the game began. And everyone assumed that they should choose their mates so that they would be strong. Little did they know that they will be competing against their own partner.

One of the most popular games. We used to play this game as kids and even in academics. One team of participants is in charge of one side of a large braided rope, while the other is in charge of the opposite side. The point of the game is to pull the opposing team across the separating line drawn in the middle of the two teams by tugging on the rope at the same time.

The game was rather straightforward until the Squid Game tied all of the players together with a chain and compelled them to stand at the far end of the platform above, separated by a gap. If a team is overwhelmed and loses, they are dragged and fall through the gap, where they will perish after a guillotine cuts the rope in half. Isn’t it terrifying? 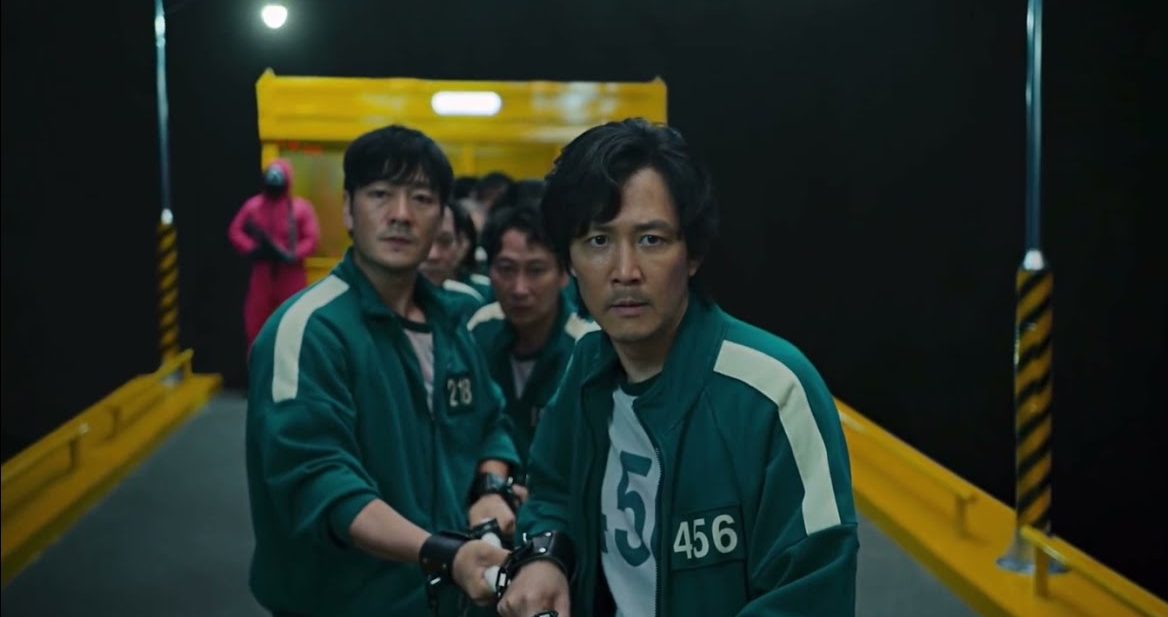 One of the most horrifying games in the series, as well as the most famous. The ‘Glass Bridge’ is a game of chance rather than ability. It’s also one of the messed-up games I’ve ever seen. Each of the sixteen surviving players begins the game by standing at the opposite spectrum of a massive room hundreds of feet above the ground. The players must jump from one glass panel to the next while traversing a bridge. One tempered glass panel can accommodate up to two people. The other is composed of ordinary glass, which will shatter beneath the weight of a player, causing the player to fall to his or her death. They have a total of 16 minutes to cross the bridge.

That’s not it, there’s more to the game. If the players don’t catch the deadline, the glasses will shatter once the time is up & they all die.

Last but not least, The Squid Game, which was also the final game in the series. The squid game was also introduced at the beginning of the series, but they had no idea they’d have to play it in order to stay alive. The Squid Game is played on a sand surface with players divided into rival teams of attackers and defenders. 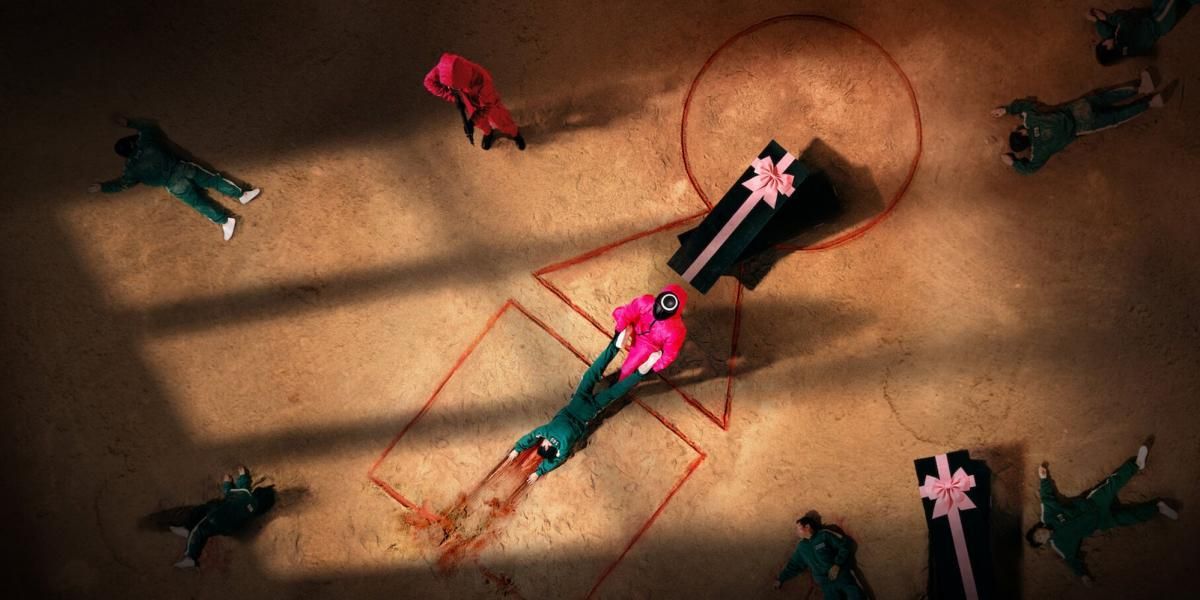 The attackers’ objective is to walk through the center of the pitch on one foot before attempting to reach the “home” square marked on the opposite side of the field, while the defender’s purpose is to block them. Apparently, this was a popular Korean children’s game in the 1970s and 1980s.

However, if an attacker cuts through the squid’s waist past the defense, they are allowed to use both feet, which is known as ‘inspector royale.’ The player must exclaim “Victory” at the end of the game, and it is the last game, as indicated previously, with just one winner.

The individuals participated in these terrifying games in order to survive and earn the prize money. Do tell us which game you enjoyed the most in the comments section below.