‘Wednesday’ On Netflix Gets Release Date, Poster Reveal, And A Lot More

The series ‘Wednesday’ Addams is heading over to Netflix soon. Wednesday Addams from The Addams Family inspired the series.

In the series, ‘Wednesday Addams’ and her years as a high school student at Nevermore Academy, where she tries to grasp her psychic abilities, stop a gigantic murderous rampage of town residents and overcome the supernatural secret that impacted her family 25 years ago—all while trying to navigate her new relationships.

If you are curious about the release date and other details we have got you covered. 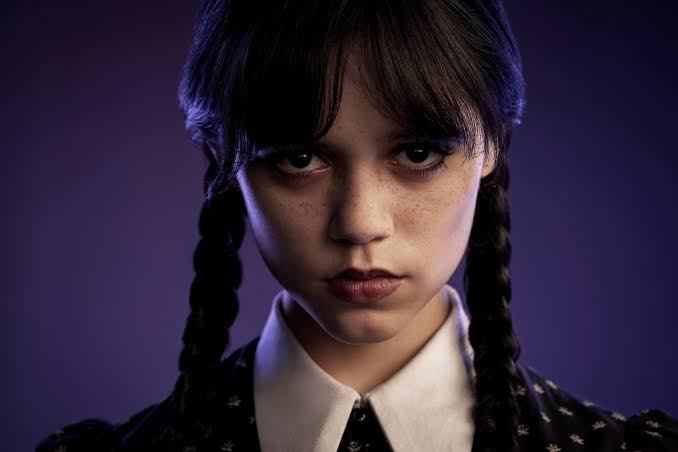 Wednesday will make an appearance on Netflix on November 23, 2022, and will consist of eight episodes. A new poster has also been released, which gives us a glimpse of the main character. The lead is holding an umbrella, and it appears to be raining all over. Look it up below. Jenna Ortega, who plays the titular character, hinted at something in a statement.

“Wednesday is currently a teenager, and we’ve never seen her as a teenager before. Her snarky, snide remarks might not necessarily sound as charming when they’re coming from somebody who should probably know better than a 10-year-old girl.

It continues, “Any other time you’ve seen Wednesday, she’s been the one-liner, the end of a joke, she always hits it, and I think that’s what people really love about her. But in this show, every scene is Wednesday.

There’s an opportunity to give her a bit more dimension, and she becomes a bit more of a real person, which I don’t think we’ve ever seen before.”

The members that are all set to make their appearance in the series are listed below:

Do you want to take a look inside the character? Oh, you seem excited. Check out the clip below.

What are your speculations on this upcoming comedy horror series? Are you planning to catch up on it? You’re welcome to share your opinions in the comment section below. And stay tuned with us for more updates.