When actor Vishaal Reddy introduced the plot of his upcoming pilot during a recent Q and A at BuzzFeed’s New York offices he described it as a coming of age story at heart. Reddy both wrote and stars in “Insomnia” as Nikhil Rao, an outwardly ordinary queer Indian American guy who secretly works as an escort at night.

We had the chance to chat with Reddy about his unconventional script, the importance of telling bisexual stories and what his parents think of the show’s storyline.

The Teal Mango: The plot of “Insomnia” is very clearly not one of your typical series. Can you talk about how you came up with it?

Vishaal Reddy: I grew up wanting to be an actor since I was six years old! Telling stories and immersing myself into characters is all I have ever wanted to do. But when I started working professionally, I was quite disheartened by the lack of multidimensional parts for South Asian actors. So a few friends and mentors urged me to start creating my own work in hopes to change this narrative.

It was through late night creative sessions that I realized I wanted to tell a story about the queer, Indian-American identity - something that is personal to me. But identity stories have been done before so I needed a way to make it fresh and interesting. So one night, I actually couldn’t sleep so I texted some friends to meet me at a bar to grab a drink. At this bar, someone came up to me and asked me to be an escort! I genuinely thought my friends were playing a joke on me but it was not the case. And then I kind of just knew that this was going to be the story I wanted to tell.

TTM: In addition to the main character going through the process of becoming an escort, the plot of the show also touches on topics like eldercare and health care debt. Why were those parts of the story important to you?

VR: “Insomnia” dives into the world of mental and physical health. Our protagonist, is going through a bit of an identity crisis and will not admit that he is depressed - something that is still taboo in our society. Mental health affects one in four people worldwide and we talk about it a lot on this show.

Physical health is the driving force for this character’s escorting. A major part of why this character is an escort is that he has a family member who’s dealing with multiple sclerosis. He doesn’t have a ton of family so it is up to him to take care of this person but can’t afford to pay all the necessary medical costs required to deal with that.

In my own life, my aunt had MS and I saw the way that it impacted her but also our entire family. I wanted to give this character a strong reason to begin doing this but also tie it in with his evolving of identity. He begins escorting to help someone else but ultimately realizes that he enjoys the work and allows him to be his authentic self and beat his mental health struggles.

TTM: What did your parents say when you told them what “Insomnia” was about?

VR: “Why can’t you just be on ‘Law & Order’?” was the first response to this haha. This show is quite adult and can’t be a bit bold so I was definitely nervous to pitch them this idea. But in all seriousness, I lucked out that I have wonderful parents who might not agree with all of my creative choices but have supported me 100% throughout my career. They’re telling ALL of their friends about the show which is music to my ears! While some of the content isn’t their cup of tea, they understand that it serves a purpose for the narrative and they are really proud of me.

TTM: One of the biggest complaints about how Indians on television are portrayed today is how desexualized the characters usually are. Did you intentionally want to subvert that?

VR: Absolutely! Indian characters are rarely shown as sexual beings and that frustrated me. Sex can be an important component in one’s life and huge reason I wanted to make this character a sex worker was for this reason: to show us as sexual and in control of our sexuality. I also wanted to show an Indian character using his sexuality to find his worth. The protagonist identifies as bisexual and is open and honest about this from the get go. To see an Indian character own his sexuality in this way will hopefully start conversations and open people’s minds about sexuality and its ties to identity.

There is often a narrative that we aren’t sexual or desireable and I think that that’s absurd! Indian people are some of the most dynamic, intelligent, and beautiful beings in this world and I would love to see more of us reflected in our art. The good, bad, and ugly. We are often portrayed as one dimensional, where our ethnicities often become the sole talking point. I wanted to show Indian characters that are a range of things: smart, messy, sexual, raunchy, fun, emotional, and ultimately, human.

TTM: At the launch of your Kickstarter, you talked about how bisexuality is still widely misunderstood — particularly when it comes to how it’s portrayed in pop culture. Can you expand on that?

VS: While much of this show is fictionalized, I wanted to bring some of my own life into this project particularly in the discussions about race, identity, and sexuality. Nikhil, the main character, is openly bisexual - something that isn’t explored often on screen or stage. Bisexuality is for whatever reason is a complicated concept for people. Bisexual people often face judgement or monosexism when coming out and that’s frustrating to me - which is why I wanted to highlight this perspective. We don’t usually see bisexuals characters on screen, particularly from an Indian perspective so I thought this would add a unique element to the show and I would be able to draw from my own life experiences to show how owning one’s sexuality is not only freeing and wonderful but also unfortunately comes with judgement from others and sadly our own. Our main character is open and honest about his sexuality and to have an Indian character be so free is refreshing and honest.

TTM: You grew up in Tennessee and you’ve said that your family were the only South Asian people in your town. How do you think that has influenced your work?

VS: I think growing up I always kind of felt like an outsider, which I why I love telling stories about identity and how it is ever changing. I grew up a lot in an area where I felt out of place and it was through those experiences that I started using storytelling as my outlet. I took acting classes, played piano, got a vocal coach, went to dance camps, and the list goes on and on. It was the only time I ever felt like myself. I want to tell stories of people who are also struggling with this and find unique and new ways to tell these stories.

TTM: Finally, how can readers support this series?

VR: So our Kickstarter just ended AND we achieved our goal in four weeks and we raised $26,091. We reached our goal and then some and the support we received some communities all over was incredible! Now comes the fun part: creating the series! 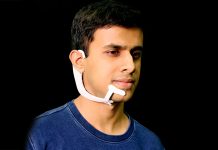 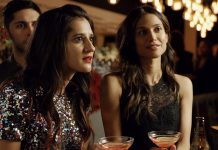 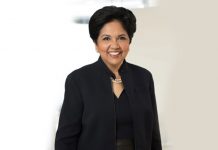 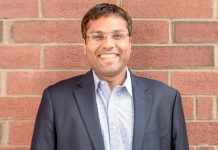 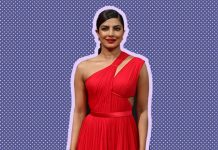 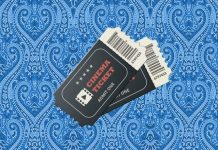