Victoria Beckham Makes TikTok Debut, Faces Criticism for One of her Videos

Ladies and gentlemen, Posh Spice aka Victoria Beckham has officially joined TikTok! Only a few days ago, Victoria asked her fans and followers on the social media platform Instagram whether she should join the app.

Victoria Beckham has made quite an entrance on the video-sharing platform TikTok. As of now, she has already posted three videos on her profile but a twist in the tale came when one of her TikToks didn’t strike a chord with the audience. Recently, the fashion designer launched her TikTok account and she has already more than 140k followers on the platform. In her first post on the platform, she can be seen making fun of her eating habits but that didn’t sit well with the fans.

In her first video, Victoria can be seen sitting on a table with a waiter behind her and a covered plate of food in front of her. In the clip, she lip-synched along to the viral audio, “Tell me you’re Posh without telling me you’re Posh. I’ll go first.” Soon afterward, the waiter came forward and he unveiled the white cloth and revealed the favorite meal of the former Spice Girls member. It was grilled salmon and steamed vegetables.

Earlier this year, Victoria’s husband David also stated that she had eaten the same meal for the last 25 years. While making an appearance on the Table 4 podcast, the former footballer talked about his wife’s eating habits and said, “Since I met her, she only eats grilled fish, steamed vegetables. She will very rarely deviate from that.”

How did the fans react to the TikTok video of Victoria?

One fan wrote, “Victoria Beckham just joined TikTok 12 hours ago and she’s already getting cancelled LORDTTTT” Another user added, “TikTok just got a whole lot spicier now that @victoriabeckham has jumped onboard Go give her a follow.” These were a few reactions of the fans to the TikTok video of Victoria Beckham.

Victoria remained unaffected by the criticism

All the criticism from the end of the fans did not stop Victoria from posting two more videos on TikTok. The second video of Victoria on TikTok seemed like a behind-the-scenes clip from her Vogue Australia cover shoot.

In the video, Victoria can be seen donning a couple of outfits. She can be seen wearing a variety of gowns and a backless top with a pair of black leather pants. She also slayed in a long white fur coat. The other video revolved around her beauty routine. 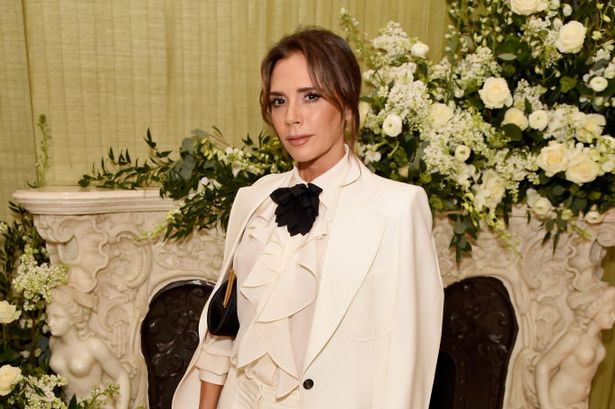 Did you like Victoria’s TikTok video? Kindly let us know your thoughts on her TikTok in the comments section below. Don’t forget to stay tuned with us for the latest updates from the world of showbiz.