There are many reasons why people watch horror fiction. The most obvious is the thrill of seeing something terrifying, whether in the form of a monster or a serial killer. Especially, when the one who’s trying to haunt you is extremely sexy and tempting. Just like the Vampires we’ve been obsessed with. 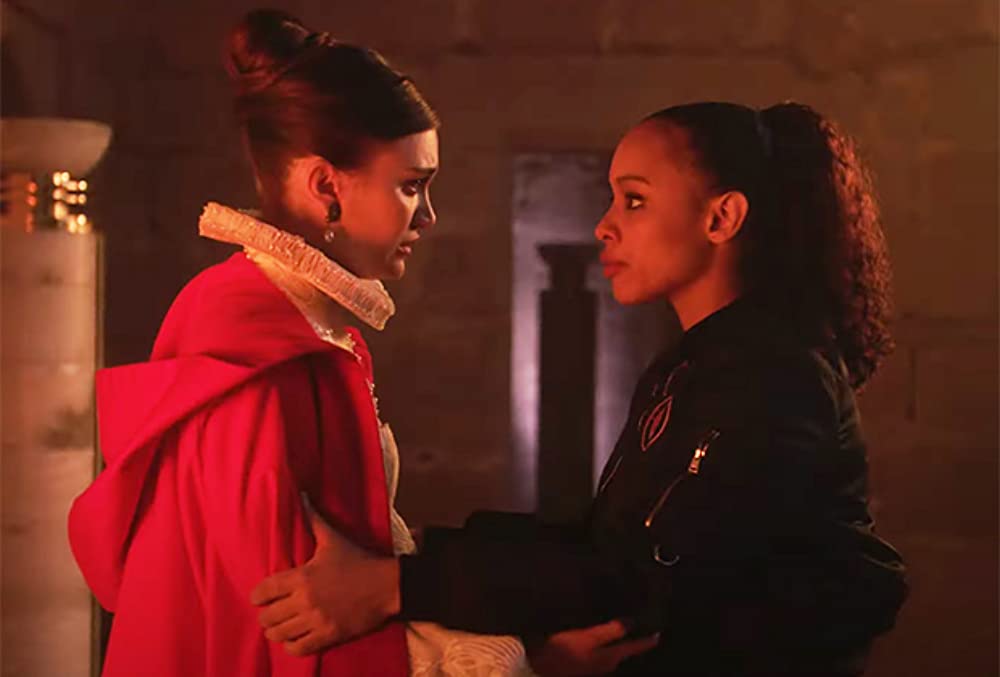 The craze for vampires is not just about the character and their story, it’s also about the way they are portrayed in pop culture. They are not your typical creatures of the night, but rather, they are portrayed as sexy and beautiful. They have a certain allure that can draw in viewers.

In this day and age, vampires are everywhere even on TV! In fact, there have been more vampire TV shows than any other genre of television currently on air. One such show debuting freshly in the Vampire genre is “Vampire Academy”.

Yes, you’d think this would seem like some kind of spin-off series of the majorly popular show Vampire Diaries but no. The show takes a completely different take on the genre. Although, the show comes from the same showrunner, Julie Plec who is single handedly responsible for making a ton of teenagers set ridiculously high standards for love after falling deeply for the OG vampire Damon.

The series Vampire Academy is soon hitting the streaming platform, Peacock. Here’s everything you need to know.

The platform is gearing up to present supernatural romance drama Vampire Academy hailing from the OG Vampire Diaries’ showrunner, Julie Plec. Vampire Academy is an adapted series from the popular novel of the same name by Richelle Mead. The production network NBC announced the news year ago when the network first ordered the adaptation of the novel to series on Peacock.

The network collaborated with Julie Plec and Marguerite MacIntyre to work on the upcoming project as executive producer and writer.

The news broke out and Fans of Richelle Mead’s young adult series Vampire Academy have been waiting for the much hoped-for TV adaptation seemingly forever. It can’t come soon enough, but it’s finally here.

Vampire Academy: When is the Horror Drama releasing on Peacock? 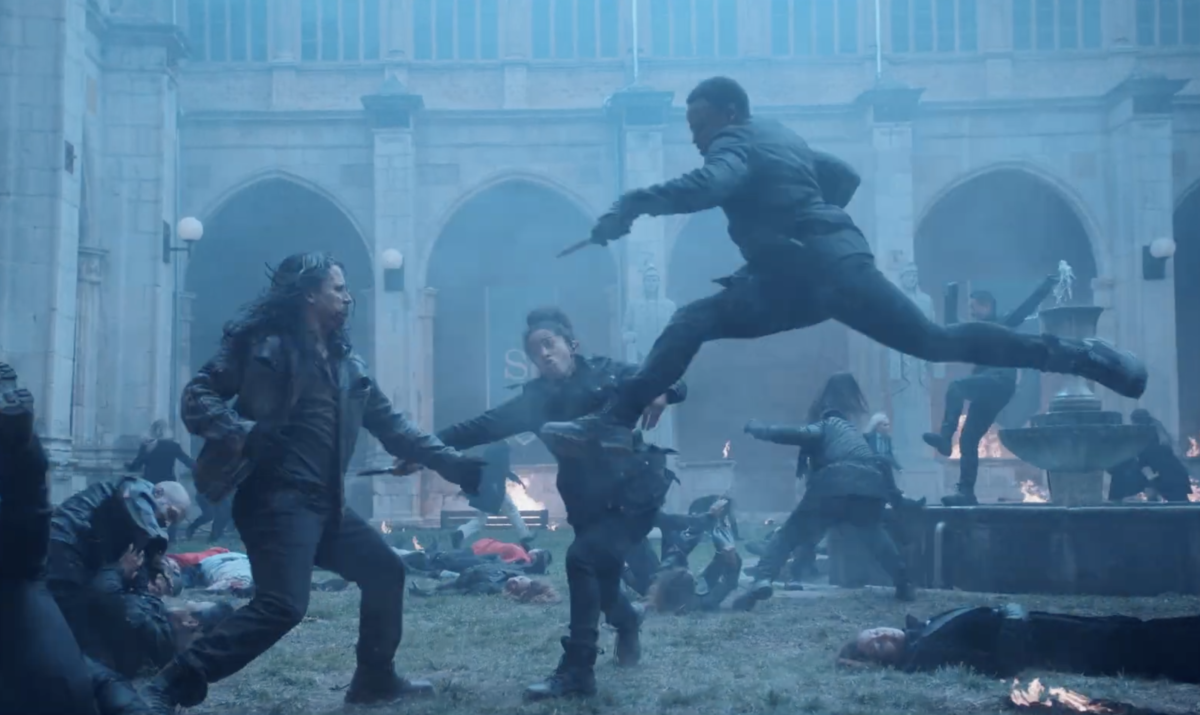 Julie Plec’s another directorial series unveiling another Vampire world to us is going to drop on Peacock after a year long wait. The series is ready to premiere on the streaming platform on September 15.

The first season of Vampire Academy will drop the total package of 10 episodes, each one hour long. The series was given a straight adaptation order last year as a part of Julie Plec’s overall deal with Universal Studios.

Earlier, the show was decided with Billie Woodruff as the director with a deal of 10 episodes package for the streaming platform. The writing jobs were also assigned to Julie Plec and Marguerite MacIntyre.

The Vampire Academy series is great for readers who are captivated by the struggle of Rose Hathaway: The girl from a poverty stricken family forced to confront her past.

The trailer takes us straight with that perspective. We can see a glimpse of St. Vladimir’s Academy where we can clearly see Rose’s struggle with the uptight and high environment of the school.

The privileged lifestyle at the academy takes a toll on her friendship with Lissa who is one of the rich kids. We can see in the trailer, Lissa getting worried about Rose and getting assurance for the same from Rose.

If you’ve come across this after reading the book, you must be worried about Rose’s encounter with Dimitri. The trailer made sure to leave no confusion, as we can see a pretty heated atmosphere between the two.

Vampire Academy: What Is The Show About? 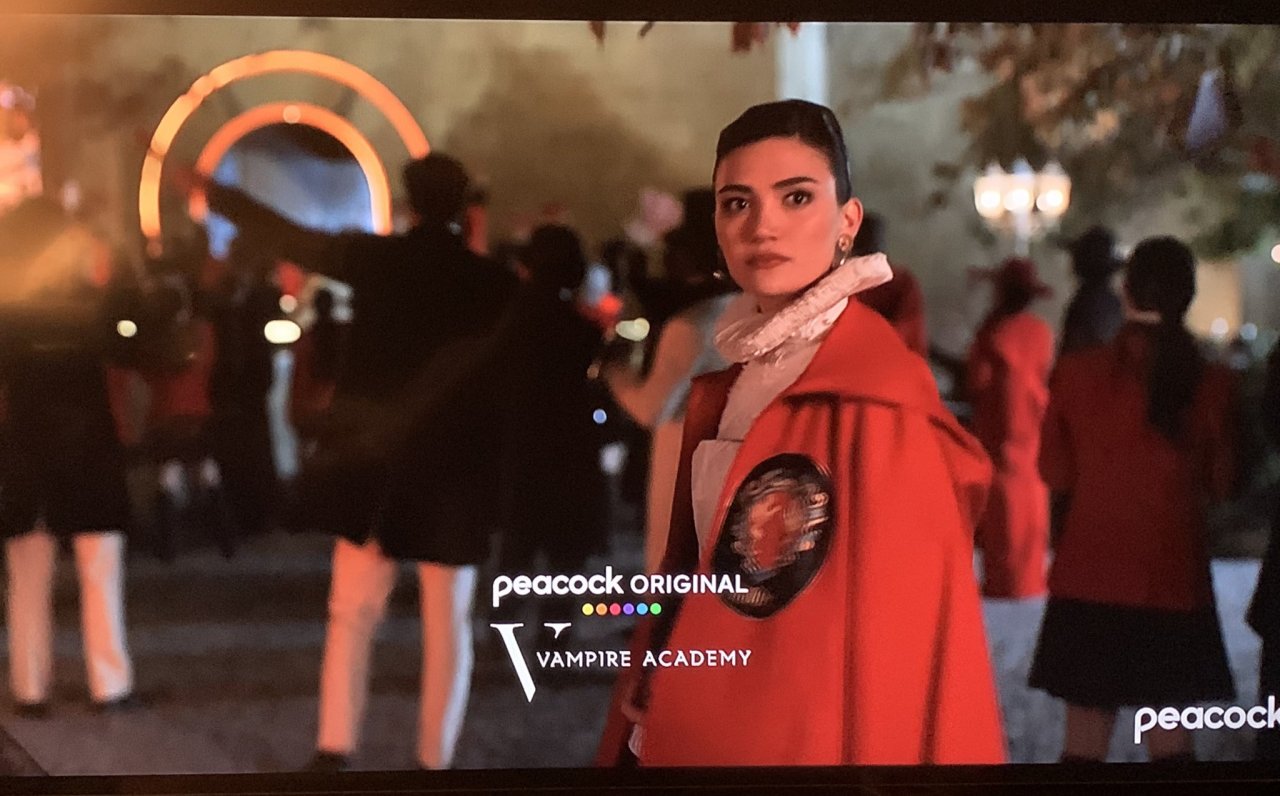 The show Vampire Academy exposes the dark world of privilege and glamour while exploring the relationship between Rose & Lissa, the two best friends. Despite their differences, they both have a deep bond that sustains them.

Rose is half human and half Vampire, invested with Angelic blood with a designated role to fight against the powerful enemies.

On the other hand, Lissa is full-blooded human from the royal class who needs to be protected at all costs. Together, they must stand strong and fight back the threats which endanger their society and way of life.

They face both external enemies who wish to destroy them, but also have to resist the manoeuvres of Royalty from the inside, who pursue their own political goals. The series is stepping with its full force introducing a whole package of new and young actors. The show’s main character Rose is played by Sisi Stringer who plays a “Dhampir” – half human and half vampire. Another main character Lissa is played by Daniela Nieves.

Kieron Moore will play the instructor from St. Valimidir. Dimitri Belivok. He will play an avid role in protecting the society of Moroi.

Another great character of Christian Ozera will be played by Andre Dae Kim. He will also play a romantic character with someone we’ll discover later.

Vampire Academy: Will It Be A Scary Show? Vampire Academy has been classed as a young adult novel and there is a chance that it will not be too frightening. It is likely to be at the same level of scary as The Vampire Diaries.

The show is centred around royal, posh vampires and on the other, they have got Strigoi, who are closer to what you might expect violent, rabid feral vampires from days long ago to behave.

They lurk in the shadows so there’s a clear genre tone when it comes to this kind of fairy tale setting. The show is going to be a fresh take on a popular genre with less scary and more drama.

The series is all geared up for the premiere on September 15. The show will be available to stream on Peacock.