Cillian Murphy will lead the role of theoretical physicist, Oppenheimer with many full of the star cast. This will be the first movie with Cillian Murphy as the lead actor under Nolan’s direction. The galaxy of the star cast includes Emily Blunt, Matt Damon, Robert Downey Jr., Florence Pugh, Rami Malek, Benny Safdie, Josh Hartnett, Dane DeHaan, Jack Quaid, Matthew Modine, Kenneth Branagh, David Dastmalchian, Gary Oldman, and Casey Affleck, among many others.

The Manhattan Project at the Los Alamos Laboratory was a long experiment that included some of the greatest minds in science to create history’s most notorious bomb. So, such kind of heavy cast is expected after all. But there is no confirmation regarding Albert Einstein’s appearance in the movie as he was a vital figure in this project.

Rami Malek, Jack Quaid, and many others will feature in this historic film in their roles. But all the casting details are not shared yet. 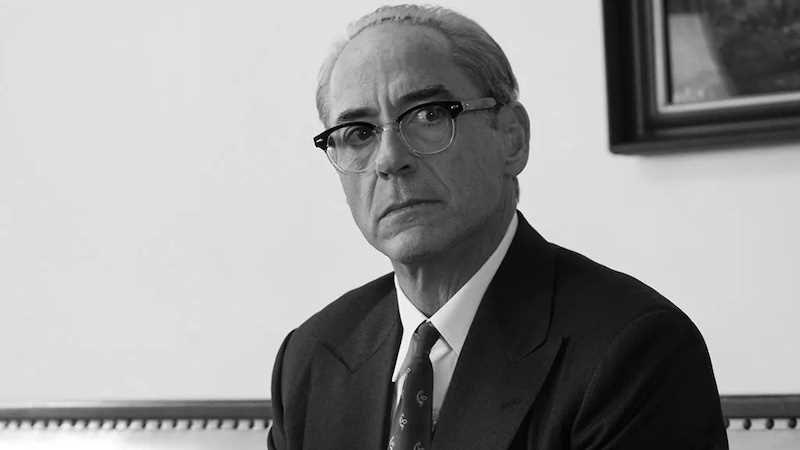 Christopher Nolan also praised his cast while speaking to Total Film via GamesRadar. He especially praised Robert Downey Jr.’s performance. The Dark Knight Trilogy director spoke: “Watching him [Robert Downey Jr.] lose himself in that performance, and completely lose himself in a character in this way, was just an incredible reminder of just what an amazing actor he is.”

Oppenheimer is the first film where Nolan works with Downey Jr. for the first time in a film.

Nolan on His Challenge to Recreate the Trinity Test Without CGI

As per reports, Christopher Nolan created the film on a budget of $100 million. The director also confirmed that the movie did not use any CGI to get Oppenheimer’s mushroom cloud-looking blast.

While talking to Variety, Nolan spoke: “I think recreating the Trinity test [the first nuclear weapon detonation, in New Mexico] without the use of computer graphics, was a huge challenge to take on”.

The award-winning filmmaker also added: “[We were] looking at how we could do a lot of the visual elements of the film practically, from representing quantum dynamics and quantum physics to the Trinity test itself, to recreating, with my team, Los Alamos up on a mesa in New Mexico in extraordinary weather, a lot of which was needed for the film, in terms of the very harsh conditions out there – there were huge practical challenges”.

When Oppenheimer to hit the theatres? The trailer confirms that the movie will hit the theatres on July 21, 2023, in the United States.

Universal’s official synopsis describes Oppenheimer’s film: “Written and directed by Christopher Nolan, Oppenheimer is an IMAX-shot epic thriller that thrusts audiences into the pulse-pounding paradox of the enigmatic man who must risk destroying the world in order to save it”.

Christopher Nolan adapted the film from Kai Bird and Martin J. Sherwin’s 2006 Pulitzer award-winning book “American Prometheus: The Triumph and Tragedy of J. Robert Oppenheimer”. This is Nolan’s first film, which will not be distributed by Warner Brothers Studio since 2000’s Memento’s release.