A mother possesses her daughter! Oh, I love these supernatural horrors with mother issues. As you go on chanting about the Batman blockbuster, do not miss on “Umma”. The movie is produced under Sam Raimi’s banner “Raimi Productions”. The movie is set to release on March 18, 2022, by Sony Pictures. Let’s look at the trailer first:

Umma is a Korean word for mother. How does it feel when a mother comes back from the grave to claim her daughter’s body? Sounds terrifying enough. Well, it’s been a while since we watched some solid horror.

Sam Raimi has some successful titles to his name like the Spider-man trilogy and the Evil Dead franchise. Iris K. Shim, on the other hand, is a talented director and writer. ” The House of Suh” and “Jackie Chan’s “The Foreigner” include some of her best works. Well, this supernatural horror does look promising. 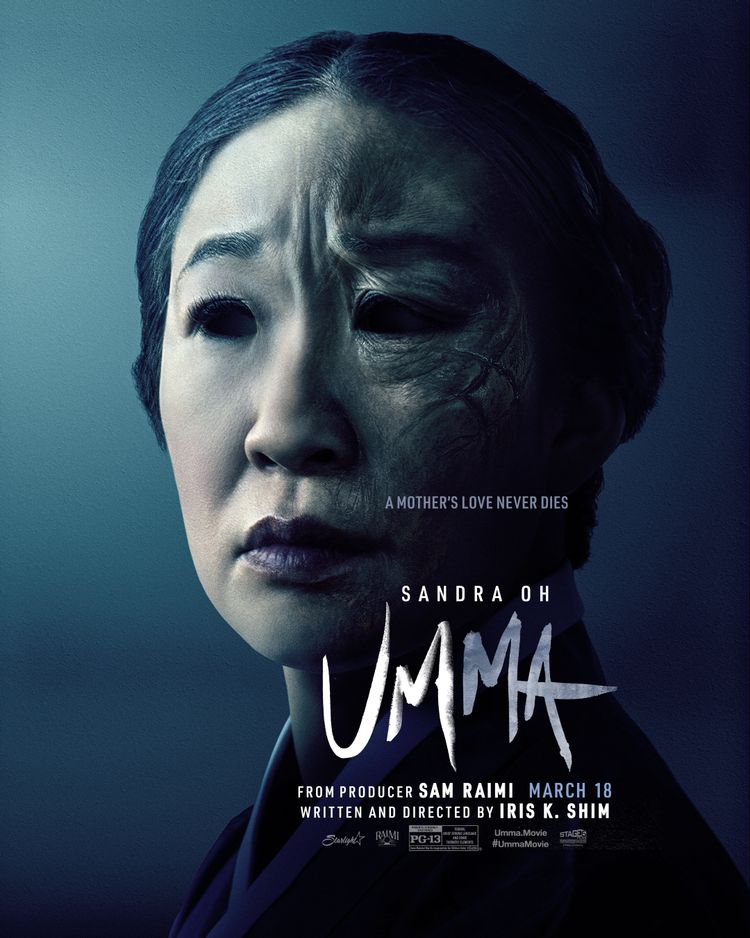 The poster of Umma is released and showcases half the face of the protagonist Amanda and half of her deceased mother. The poster clears one thing! There is some kind of possession. And I must say, the poster is too haunting. So be ready for some real horror this season. 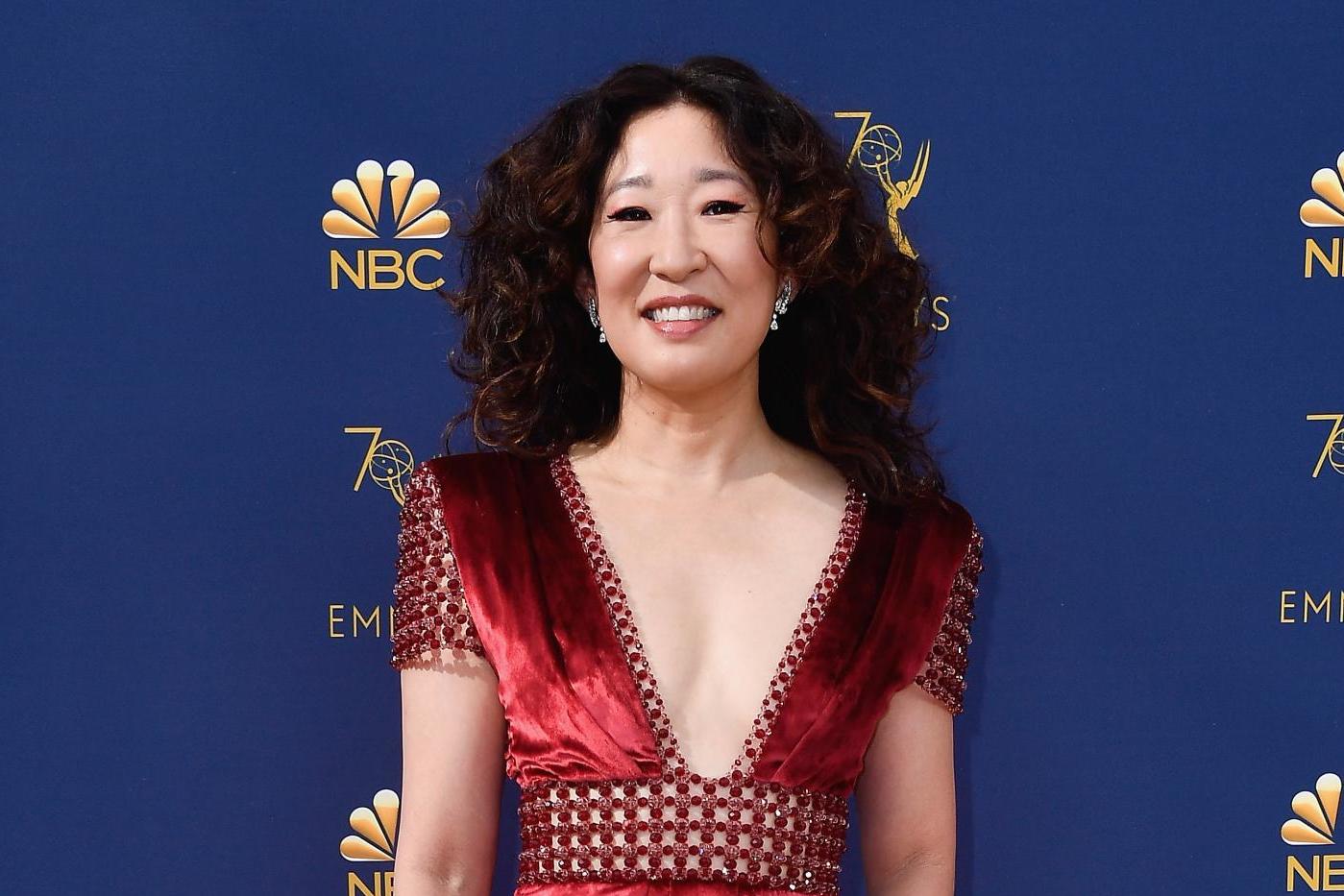 “Sandra Oh” is starring as Amanda alongside her daughter “Fevel Stewart”. The two live a quiet life on an American farm. A twist comes when the remains of Amanda’s estranged mother arrive from Korea. Amanda gets this strange fear of turning into her mother!

The movie starts with a strange off as Amanda’s daughter lives secluded on a farm and has no friends or phone. Their farm does not let cars go past a certain point. However, a mysterious man arrives and informs about Amanda’s mother’s death. This starts the beginning of the turmoil as he warns Amanda that “your mother’s anger will grow as long as she is in the box”.

There is a lot of scream sharing between Amanda and her daughter as Amanda refrains from telling her daughter about Umma. Inside, she fears the old Korean belief that “Hardships are caused by tormented spirits of ancestors”. 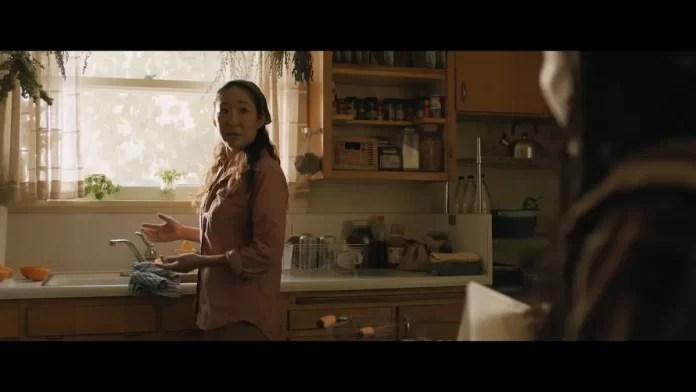 Mysterious questions! Unsettling warning! Creepy imagery, the movie’s got everything. The trailer and poster reveal the dark atmosphere of the movie. Amanda does get darker mood swinging. Another spooky scene includes Amanda standing with a lantern with her mother’s spirit just behind her. This is some classic horror display in a movie.

I believe Umma appears to be another great addition to the “haunted house” genre that will send shivers down your spine. And yes, the mother-daughter narrative. I don’t know somehow these classic horror movies with “mommy and daddy issues” take horror to the next level.

On top of it, Raimi’s production company is producing this project so it’s going to be legendary. Do you remember his 2019’s underrated monster movie Crawl? Well, let’s watch Umma before making any assumptions.

The casting of Umma 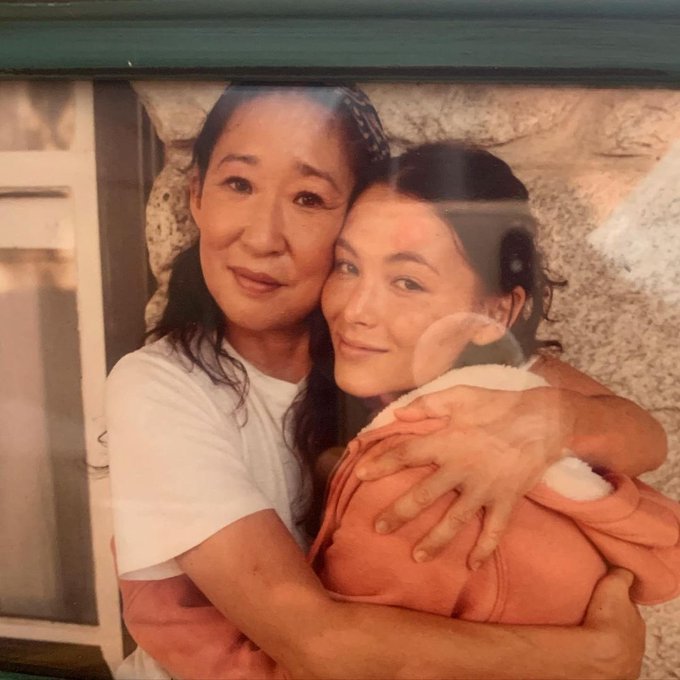 The cast includes Sandra Oh (Amanda), Fivel Stewart (Daughter), Dermot Mulroney, Odeya Rush, MeeWha Alana Lee, and Tom Yi. FYI, Sandra Oh is a Canadian actress and got the Gemini Award for best performance as a leading actress for her series ‘The Diary of Evelyn Lau.’ 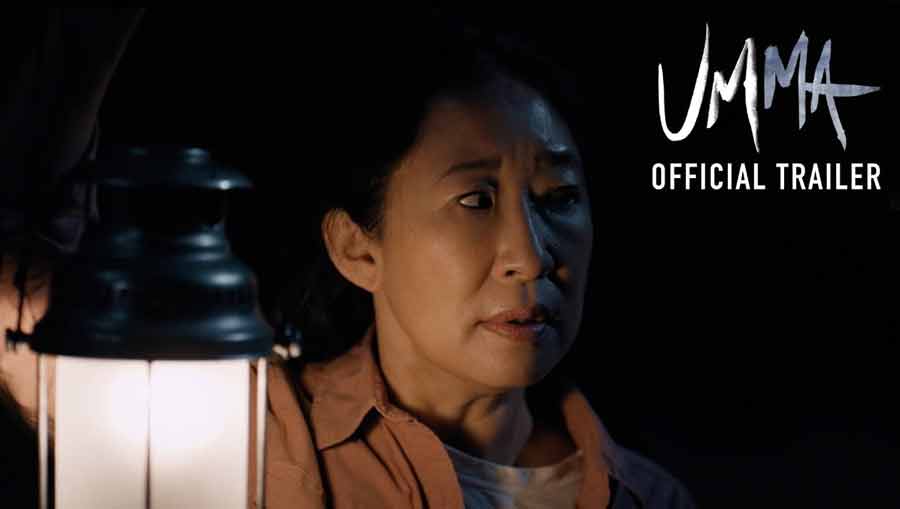 Yay, Umma hits theatres on March 18, 2022, worldwide, except for Russia. I am excited to watch this movie for two reasons. First, it’s produced by Sam Raimi and second, it does promise some great horror. How about you?