Ultraman has some delightful offerings.

The Ultraman anime from Netflix is coming right at us. The new poster tells us all the more about how and what can we expect from the team of heroes who are returning back.

Get ready to find out more.

Ultraman is one of the highly anticipated shows of all time and soon after Season 2’s teaser trailer drop, people started craving for more.

It has been a month since Netflix has dropped the above teaser and looks like, we are in for a treat. Tsuburaya Productions along with Netflix have brought forward a new key art as well as its release announcement.

Fans are tip-toeing for something extraordinary.

The dates are officially OUT. Ultraman is coming to Netflix in April 2022. It has been three years since its initial release which took place back in 2019.

Netflix is keeping the primary details about the show under the wraps which we are not so okay with.

What we do have significant knowledge about is that April 2022 is going to bring us a blast of Ultraman characters. Some of the names from the lot include Zoffy, Taro, and Jack. All of them will make it to the team of legendary Ultra 6 Bros. 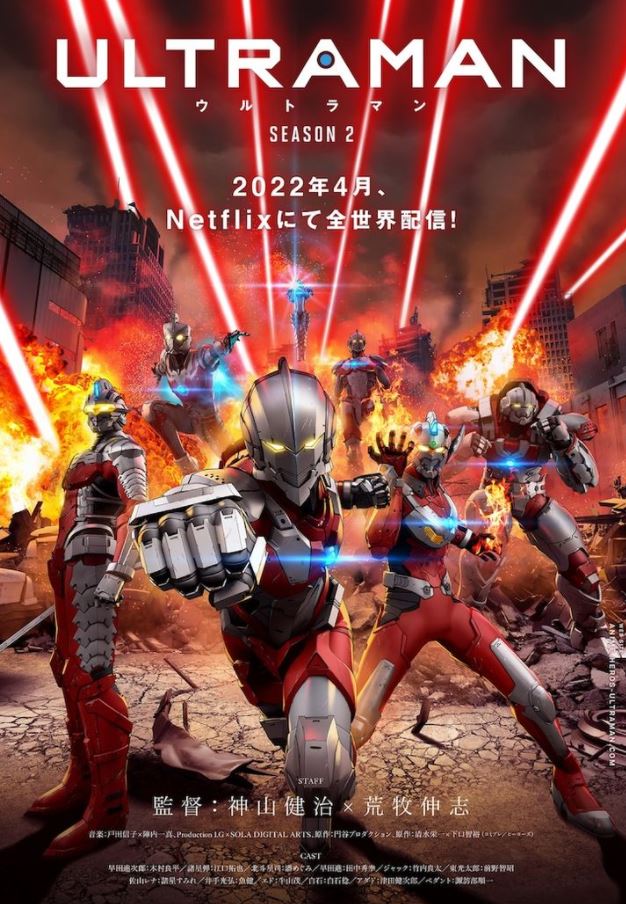 A new Alien Pedanto will be coming for Season 2 and the announcements have revealed that too. Junichi Suwabe will be the voice for Pedanto. Moreover, Tatsuhisa Suzuki, the voice behind Ultraman Taro has quit his role. This was after all the chaos that happened in regards to the “industry entertainment acts”

Season 1 Fans, you need to wait a little bit more before we get knocked in with more information and updates on the subject. 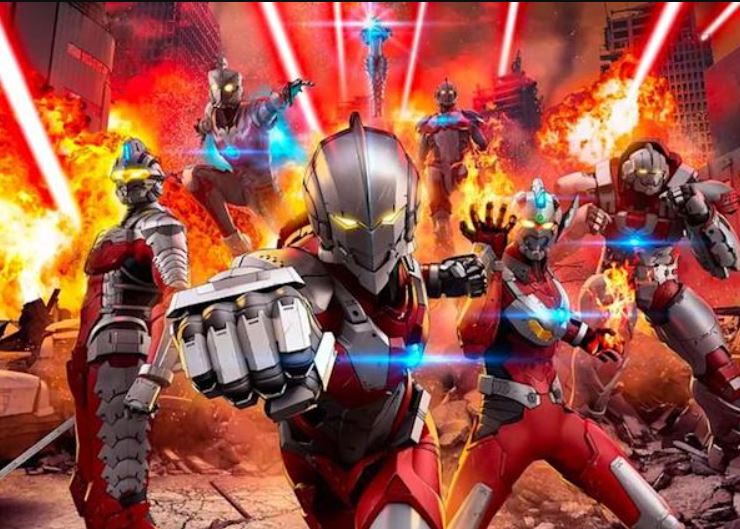 The audience has a glimpse of the Ultra Brothers during the TUDUM event. The ”Anime Day” featured their animation performances along with a trailer.

Here is a look at the poster of Ultraman Season 2.

Shinji Aramaki will be the one directing the second season of the show. We know him from Eden of the East’s Kenji Kamiya and Ghost in the Shell: Stand Alone Complex.

The animation of Season 2 will be under Production IG and Sola Digital Arts.

Fans are extremely delighted now that Ultraman Season 2 is falling in space. Twitter is burning up with fans posting so much around.

Have a look at some of the tweets.

The official Twitter account of Ultraman Season 2 announced that Suwabe Junichi will be joining the show as the villain "Alien Pedant".

The show will premiere on Netflix on April 2022.#SuwabeJunichi pic.twitter.com/3nQHTvGqhR

The official description of Ultraman reads, “Several years have passed since the events of Ultraman, with the legendary ‘Giant of Light’ now a memory, as it is believed he returned home after fighting the many giant aliens that invaded the Earth. Shin Hayata’s son Shinjiro seems to possess a strange ability, and it is this ability, along with his father’s revelation that he was Ultraman, that leads Shinjiro to battle the new aliens invading the Earth as the new Ultraman.”

Season 1 of the show was epic with Ultraman taking control of monsters and aliens. His connection to the investigation team, Shin Hayata, narrowed and completed his mission.

Ultraman Season 2 might take us to a road of more alien adventures.

There is a lot that will follow. Stay tuned and keep us in your ”Bookmark” tab to know every tiny bit of update!