It’s always fun when two great comedians sit for a chat, and that’s what happened when  Trevor Noah appeared on “The Tonight Show” for a conversation with Jimmy Fallon. From sharing the reason behind leaving “The Daily Show”, to selling-out shows as a stand-up comedian, to his future plans, Trevor Noah and Jimmy Fallon truly had a humour-fuelled conversation. 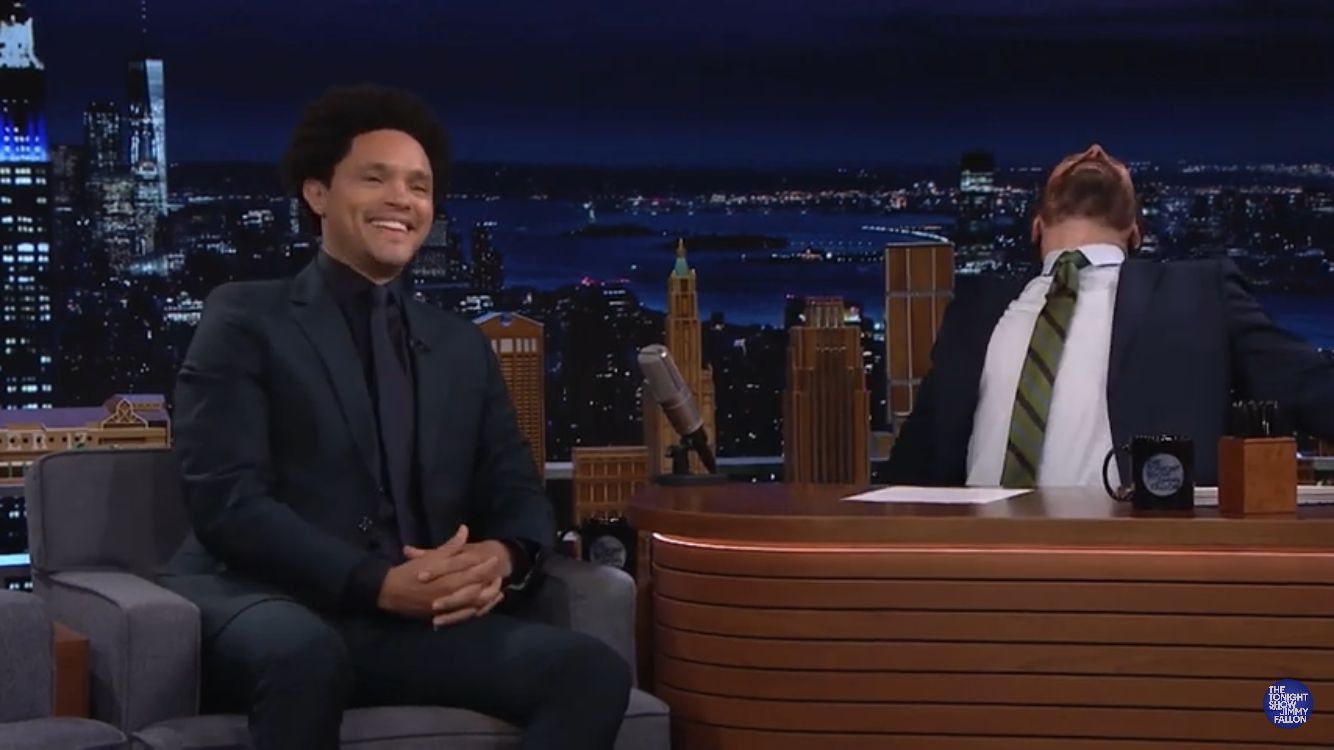 Why Is Trevor Leaving “The Daily Show”? 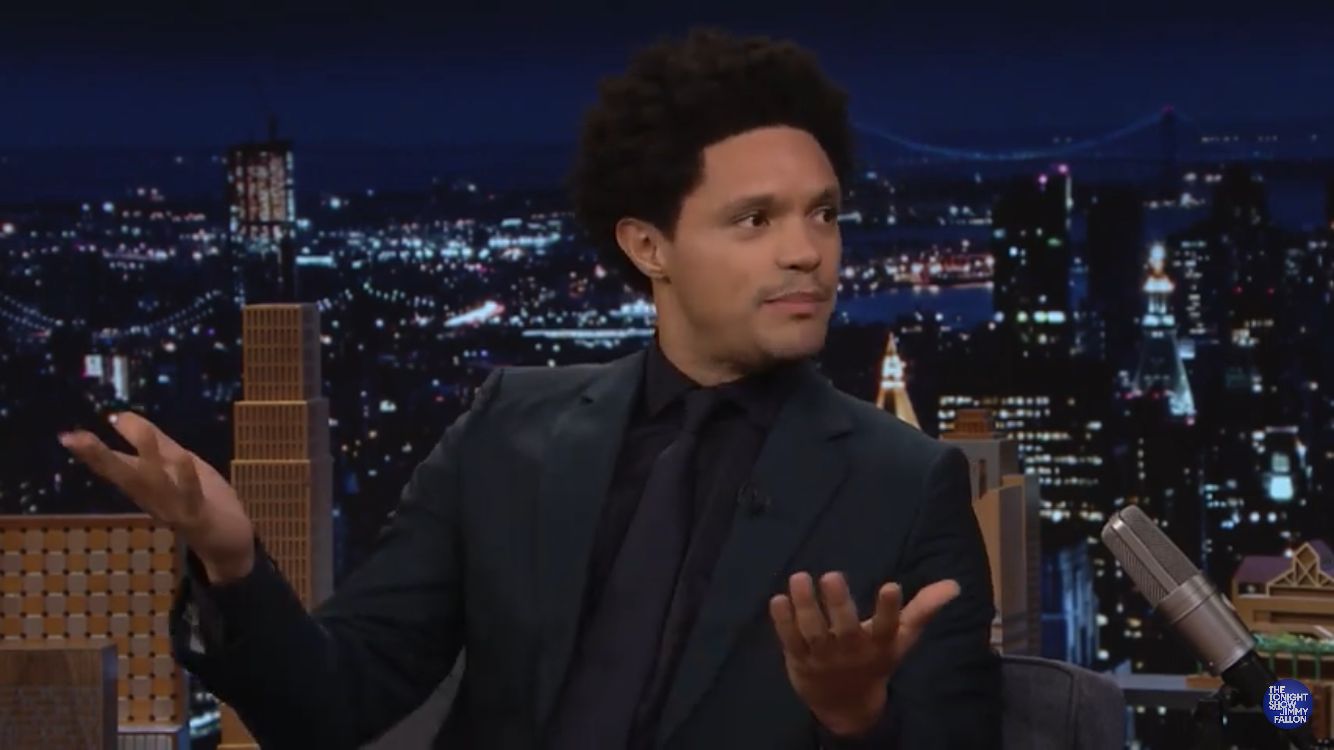 Trevor stopped by Jimmy Fallon’s show and complimented the host on his natural beard. He joked, “I can’t even grow a beard, so whenever I see somebody do it, I cheer from the rafters.” Jimmy said you shocked the world, you shocked me at least, a couple of weeks ago.”

Jimmy added, “You announced that you’re leaving ‘The Daily Show’, and that your last show is on December 8, 2022.” Trevor replied, “That is indeed correct!” Jimmy asked, “Why?” On this, Trevor responded, “Why not?” He revaeld that it’s funny how people ask him all the time. “People ask you this question as if you’re telling them the bad news.”

Trevor narrated that even though he understands his fans’ feelings, he thinks that everybody has gone through a period of looking at their lives. “You know, every single person. We were–we’re in our apartments for two years. You know, the world changed. We experienced collective grief. I think if you don’t look at your life and think about what you’d like to do differently, then you haven’t experienced what we’ve all experienced.”

Still puzzled. Well, I believe Trevor is just looking for broader opportunities and wants to add new things to his life. Am I right? Coming back to his decision of leaving “The Daily Show”, Trevor Noah continued, “I think of this as a joyous thing. I lived through a crazy time. I shared it with people, who felt kind enough to share it with me.

“We went through something and what’s on the other side? I don’t take anything for granted anymore. I don’t believe that life is a given, I don’t assume that things will come to me, and so I go like, this is it, this is the time,” Trevor added. Well, he certainly doesn’t regret his decision to leave his longtime show and his reason sounds more spiritual than logical. On his decision to leave “The Daily Show” for getting his hands on the things that won’t come to him, Trevor Noah continued by saying, “Leave when people ask you why you’re leaving because there’s no way around. I go like: I am leaving, and people are like Yea, okay.” Jimmy burst out in laughter at his reaction.

Trevor thinks that it’s better to leave when “you’re still loved” and when “it’s still good”, and leave when “you still have the energy to enjoy”. Well, Trevor may be leaving soon, but he still has 3 months to have a ton of fun with everybody at the show. Even though the show will return on Jan. 17, 2023, after a holiday season hiatus, again, a replacement for Noah has not been confirmed.

Now if you don’t know this, the real reason behind leaving the show is that Trevor’s seven-year contract with the show has finally ended and he has no plans to renew it further. Well, the comedian has spent over a decade making us laugh with his killer humour and comedy. Yea, Noah has been the Comedy Central show’s host for the past seven years, since taking the reins from Jon Stewart in 2015.

Paramount Media Networks and MTV Entertainment Studios president and CEO Chris McCarthy praised Noah in the announcement saying he “is an incredible talent who has left an indelible mark on The Daily Show.” Noah returned the sentiment: “Chris has been an amazing leader and partner who has helped me realize my dream of working not just in front of the camera, but also behind the scenes…I’m truly excited to see what the future holds,” Noah concluded.

What Are Trevor’s Future Plans? On a serious note, Trevor plans to travel more around the world and do stand-up, something he could not do much in the past. He wants to stay in a country and learn its language and culture.

Another thing, that Trevor wants to do is produce. He is serious about working behind the camera and working on different ideas. Well, he certainly wants to get creative. What’s more important for him is to go back home and spend more time with his family in South Africa. “Everything is what I am gonna be doing, Trevor concluded.

Sold Out In Toronto 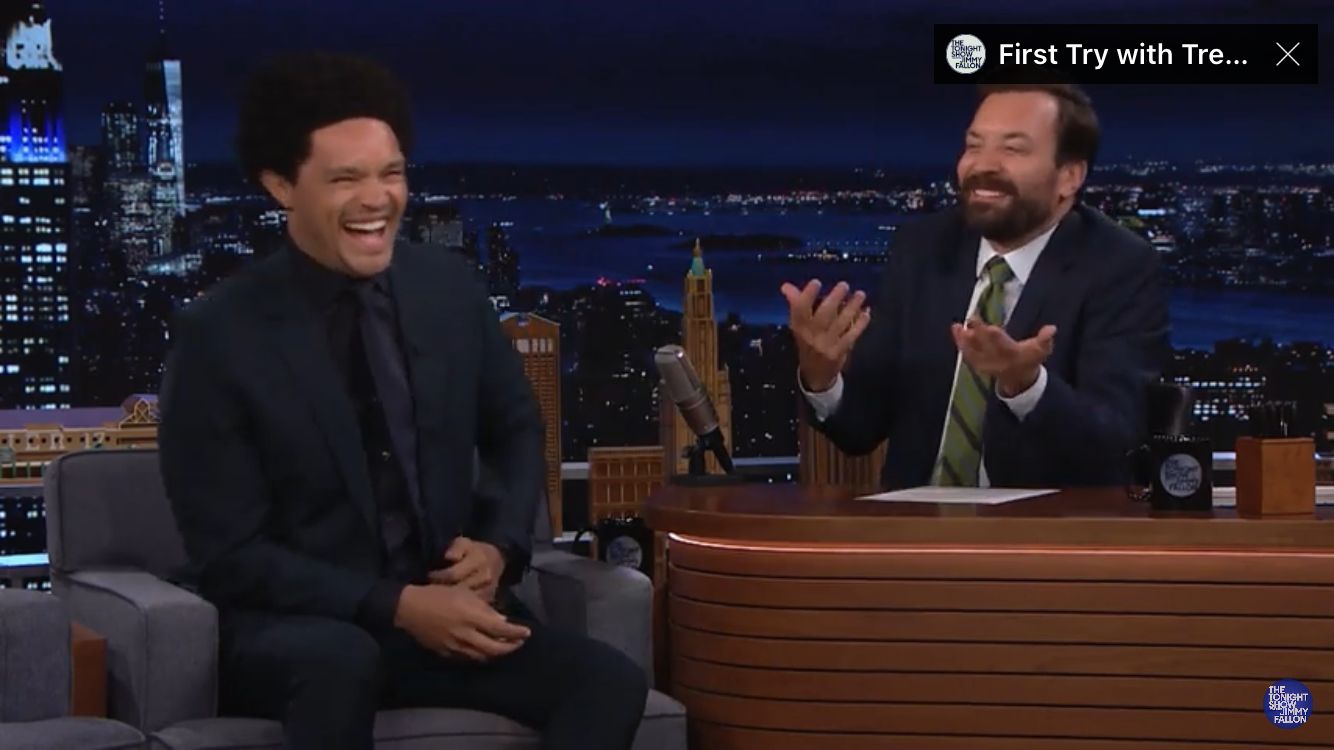 Jimmy Fallon revealed that Trevor has a sold-out show in Toronto, two nights in a row. Trevor revealed, “It was truly amazing, two nights at the Scotiabank Arena, and I don’t take it for granted.” Recalling his 200-seat venue in Toronto, Trevor added, “People will come and I don’t even know how they knew me. Literally, you go to someplace in the world, and people go, I am your biggest fan.” This was before social media was really a thing. 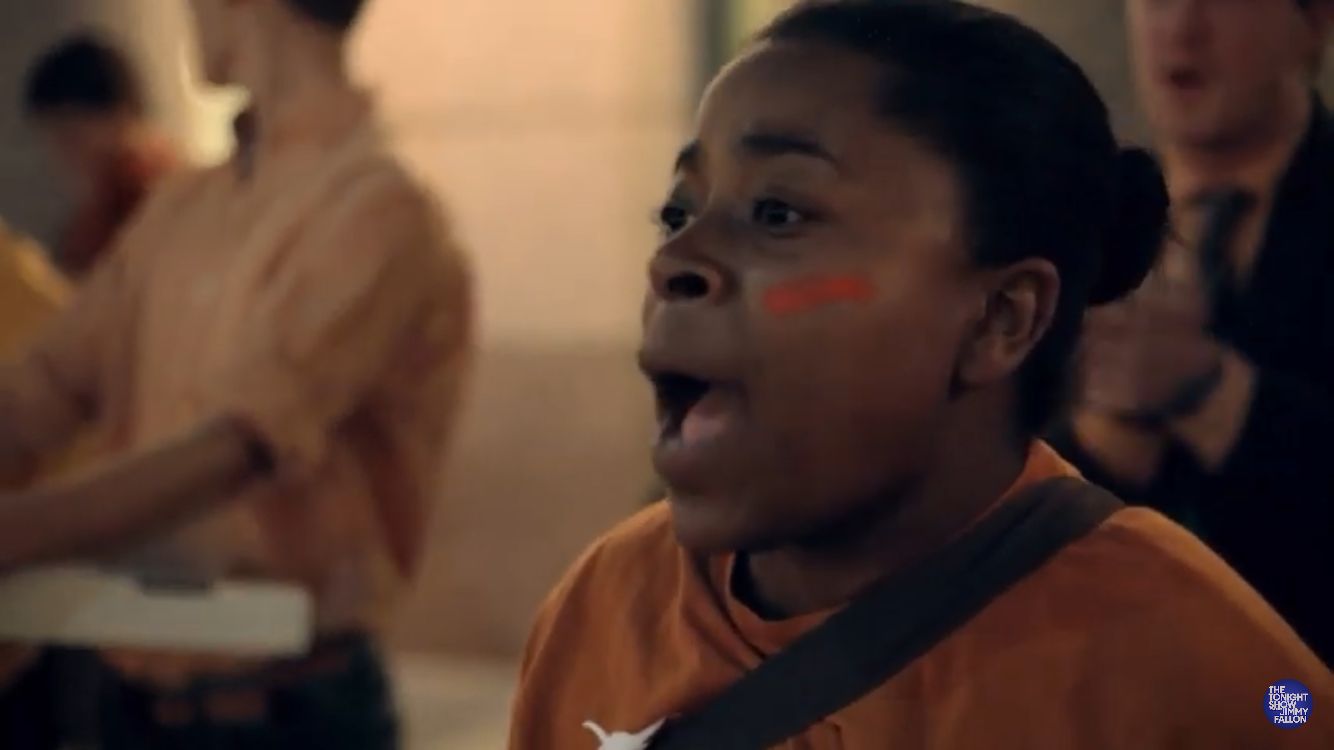 Trevor humbly said, even though he’s done giant rooms and he doesn’t take it for granted, he’s going back to the small rooms, because that’s where you started. For him, it’s been a wonderful progression.

FYI, MSNBC Films boarded Trevor Noah’s documentary series The Turning Point. Trevor Noah is behind a series of documentaries that highlight a “range of hot-button issues in the United States”. In the end, Jimmy played the clip from its first film “Shouting Down Midnight.” The docuseries premieres on Oct 23, 2022.