Tell me a better combination than watching Dwayne Johnson, Gal Gadot, and Ryan Reynolds on the screen and I will agree.

The star-studded cast of ‘Red Notice’ has left fans gasping for a breath of fresh air and waiting to have the movie on board with Netflix. Correct me if I am wrong.

We don’t want to get into the gist of numbers but for the streaming giant, Netflix, Red Notice certainly counts as one of the ”biggest” and the most ”expensive” movies that it has ever made. The new trailer confirms the ”expensive” vibe that the movie proposes and you won’t disagree once you have a look. 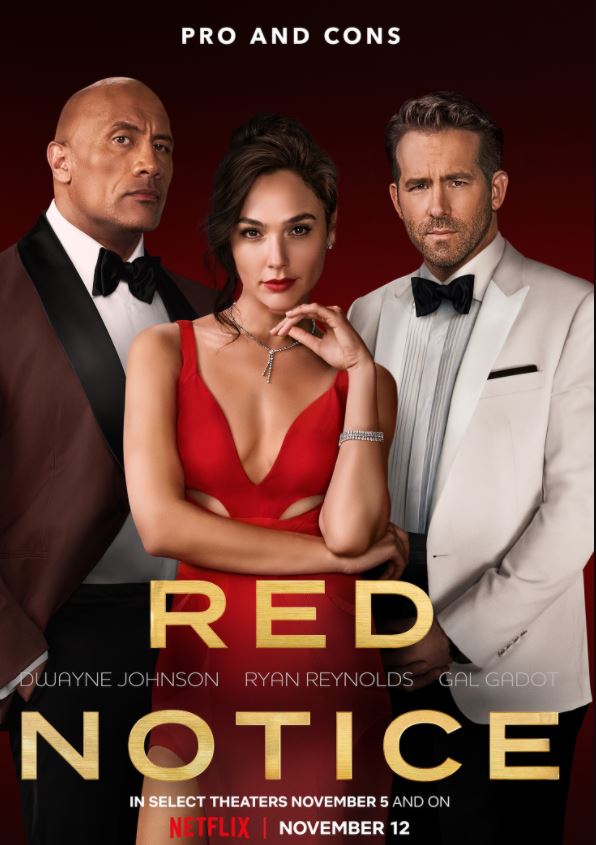 Speaking about the movie, it is a full-packed, action-thriller that revolves around an FBI agent, Dwayne Johnson whose motive is to stop an art thief. The ”bad guys” in the movie are Ryan Reynolds and Gal Gadot. Playing the role of the stern cop is Johnson.

Oh, and did you bear to notice Rock’s invasion and how he opened the helicopter? Big Fan, forever.

Well, there’s a reason we call him a man of action, isn’t it? 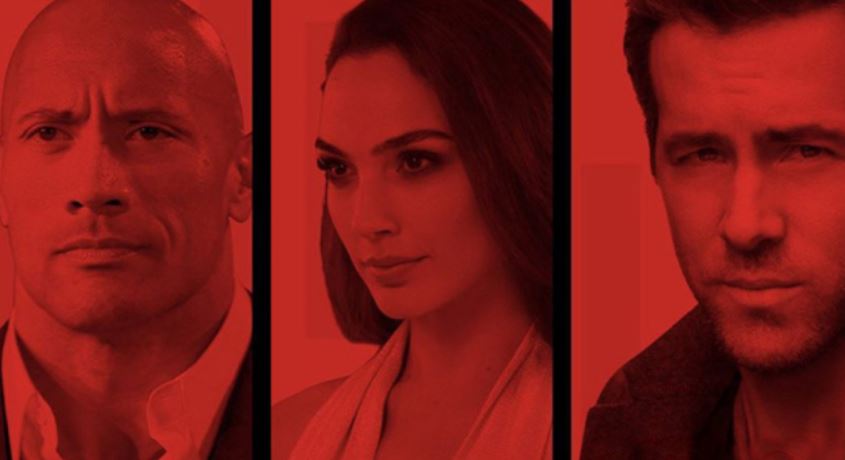 Aren’t you excited to have the full-length trailer running by you? Well, then, keep still.

Thursday, sure, could be called the new ”Friday” for fans as the most awaited trailer of the year was out.

So much smacking that’s been happening by the fantastic duel of Johnson and Reynolds. With a wide look at the trailer, fans have figured out many detailed specifics that they were unaware of. 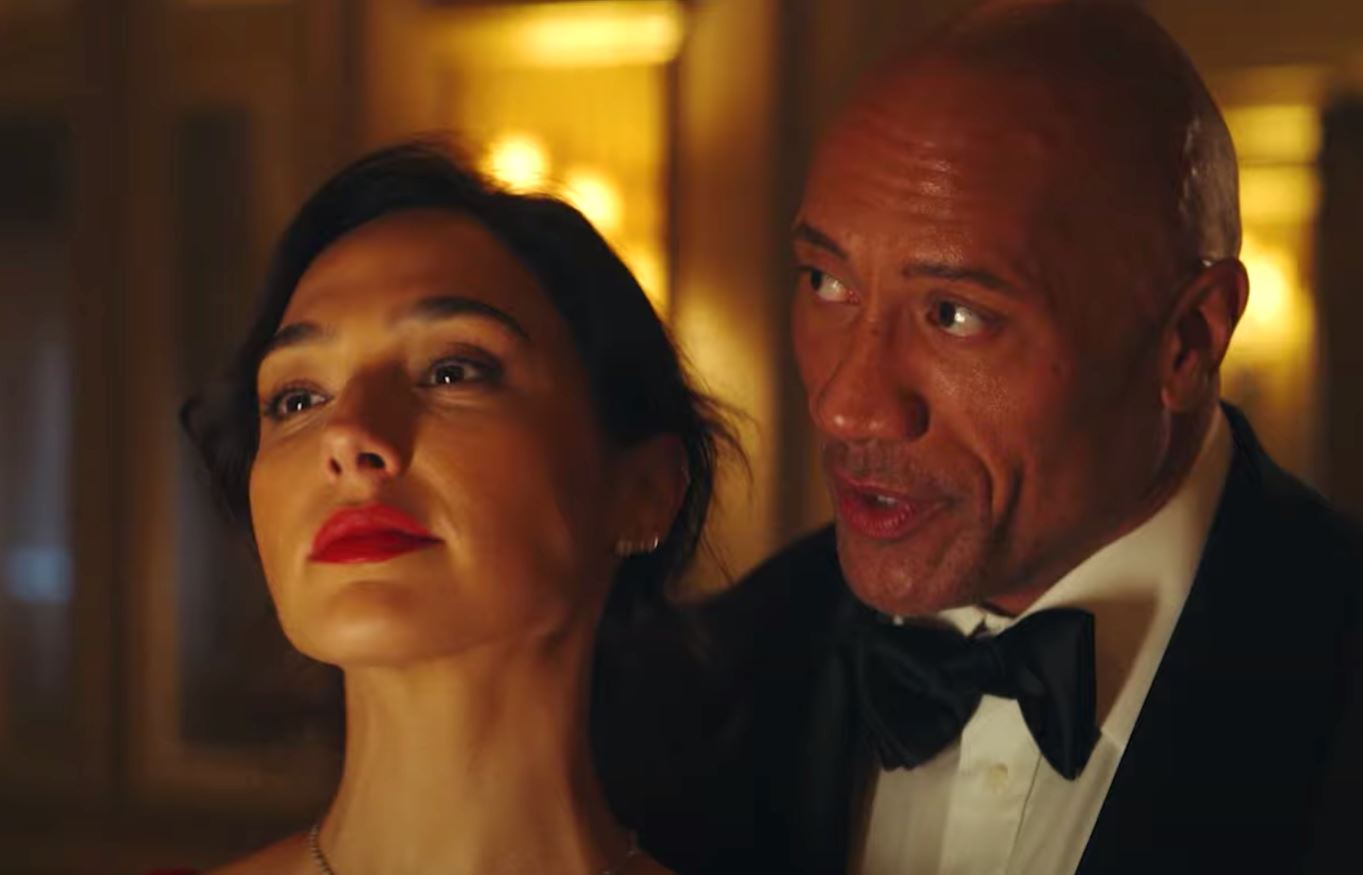 Watch the full-fledged trailer below.

Here is the official synopsis of the movie.

“When an Interpol-issued Red Notice — the highest level warrant to hunt and capture the world’s most wanted— goes out, the FBI’s top profiler John Hartley (Dwayne Johnson) is on the case. His global pursuit finds him smack dab in the middle of a daring heist where he’s forced to partner with the world’s greatest art thief Nolan Booth (Ryan Reynolds) in order to catch the world’s most wanted art thief, “The Bishop” (Gal Gadot). The high-flying adventure that ensues takes the trio around the world, across the dance floor, trapped in a secluded prison, into the jungle, and, worst of all for them, constantly into each other’s company. The all-star cast is joined by Ritu Arya and Chris Diamantopoulos. ”

Apart from the leading star cast, Chris Diamantopoulos is also a part of the cast list and is playing a villain. In addition, Ritu Arya will be in the supporting role. 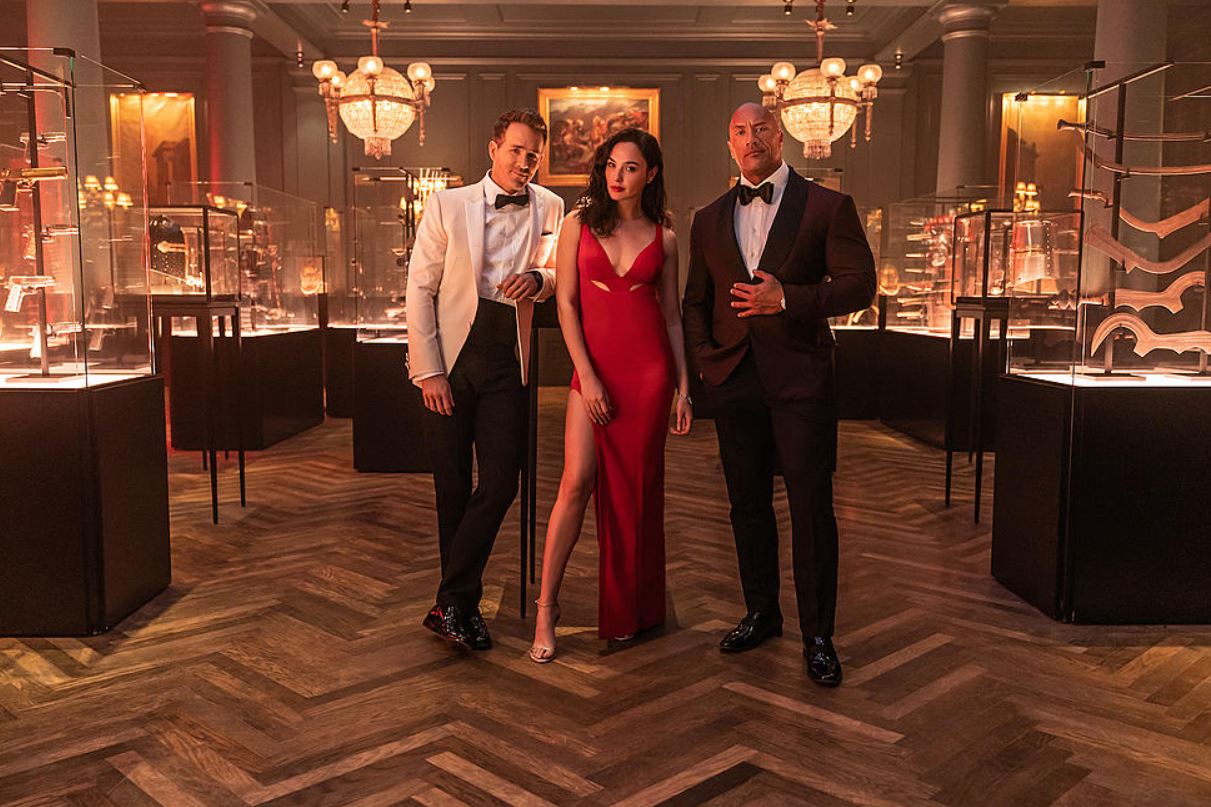