Takemitchy gets another terrible vision, what will he do to stop everyone from dying in Tokyo Revengers chapter 254? 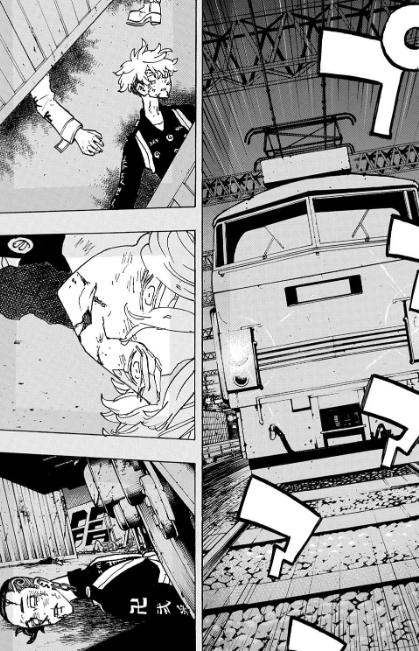 With half of his force falling against Mikey and a deadly vision involving multiple dead captains and a train. The stakes have never been higher than this in Tokyo Revengers.

The next release of this highly anticipated last fight between Takemitchy and Mikey is going to be released on May 24, 2022. You can read Tokyo Revengers Chapter 254 for free only on the official Viz Media site.

In terms of spoilers, the next chapter will see many of the chess pieces moving around. In the next chapter, Takemitchy’s goals will change from winning to saving his friends.

The pacing and flow of the last war have been a little stale but packed with some emotional moments. The beginning of the fight seemed reminiscent of one tournament bout after another. But now the pieces are moving faster from the Kantou Manji Gang side.

With Mikey cleaning off his past friends ruthlessly, we see another timebomb in Takemitchy’s corner in the form of a bad vision. Past arcs have always ended with him giving off a grand speech that will save the day. But it looks like this time Mikey’s not going to budge.

Last chapter we saw that Sanzu had taken care of Hakkai and Akkun pretty easily. As well as the fall of Pah-Chin at the hands of Mikey. Disturbed by all of this Takemitchy is also losing his fight. 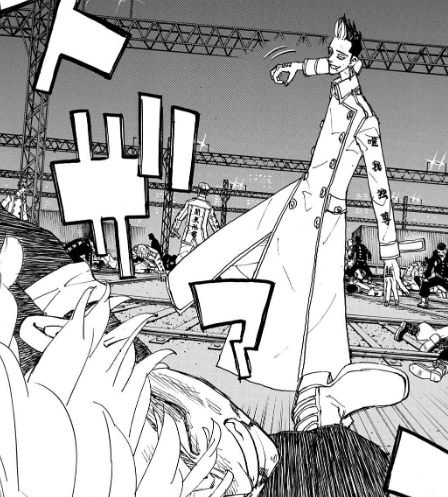 In this chapter, we start with Sanzu taking care of the other two, Mitsuya and Chifuyu with ease. All of them lying unconscious on the ground, we move on to the Takemitchy who takes a strong right for looking elsewhere.

As he is calculating his winning chances we hear the sound of Pen-Chin shouting Mikey’s name. With all the eyes on him, Angry and Happy stand next to him to face the greatest gangster in Tokyo, Mikey. 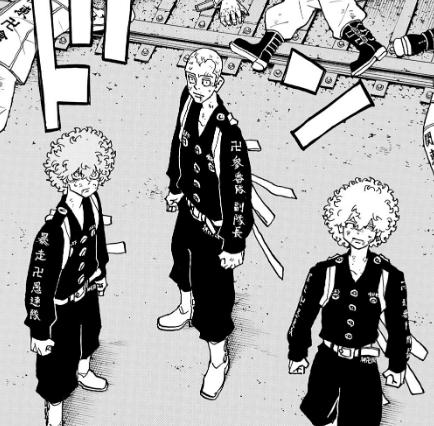 From there we move to the defeated pair of Coco and Inupi. While the Living Legends praise the guts and heart that their opponents, Coco and Inupi showed, it is an easy victory. The others celebrate as half of the big shots fall.

Then we are taken to Mikey beating up Happy with one of his signature kicks. As Angry faces, his greatest challenge Mikey vows to end him as well. 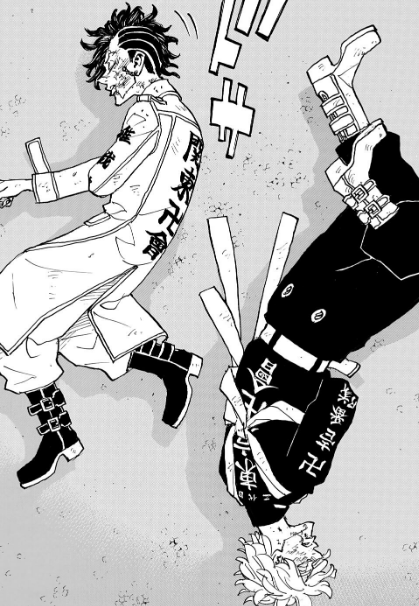 Seeing all of this unfold, Takemitchy once again loses his focus and is subjected to another big right from his opponent. This sends him tasting the dirt near the tracks. And when his hand touches the rail, a deadly vision occurs.

Seeing Mitsuya, Hakkai, Coco, Inupi, Chifuyu, Happy and Angry, with splattered blood under the train tracks. We also see a superfast train go off during the fight. 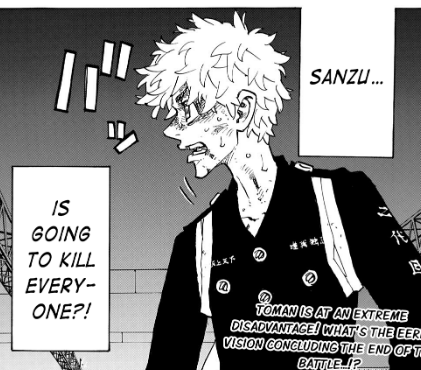 The vision ends when we see that Sanzu is the one behind the killings of all of his beloved friends. This derails the situation that Takemitchy is currently going through.

On top of everyone being down, their life is hanging in balance as Takemitchy struggles to find a way to save his friends and bring Mikey to the good side.