With Senju and Mitsuya down, Takmeitchy looks to be in deep trouble as the final fight continues in Tokyo Revengers Chapter 251.

While Akkun was able to come out victorious in an unexpected fight, with the foundations of Toman falling, it’s uncertain who will win.

The next instalment in the fierce war between Toman and Kantou Manji Gang will come out on 27th April 2022. You can catch the next release in the weekly Kodansha magazine. And as for catching up on the series, check out the Kodansha official site for Tokyo Revengers.

In the last chapter, we saw that Akkun, Senju and Takemitchy were fighting their opponents with huge stakes on the line. And this chapter we start with Takemitchy, who is still taking the hits by Kantou’s vice-captain.

Seeing his determination, Akkun is boosted in his fight. Regardless of Madarame insulting his opponent and equipping a weapon, Akkun instigates him to throw the first punch.

Then just like MMO, he evades Madarame’s punch and knocks him out with his own right. With that punch, Akkun also makes it clear that people who use weapons can never make it to the top.

While the whole Toman gets hyped up after Akkun’s victory but Mitsuya is concerned. Mitsuya is asking Waka-Kun why would ally with Mickey when he was with Senju in the three-way conflict. 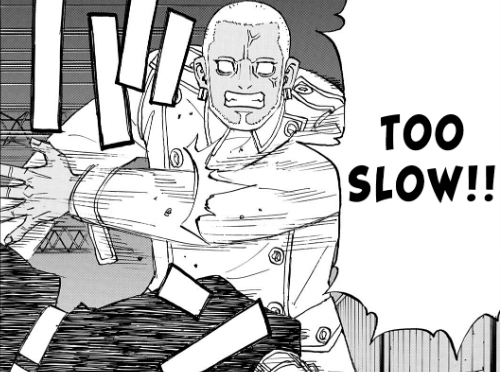 But as he is about to answer, Benkei-Kun comes from behind and pummels Mitsuya to the ground. But as they are about to take out Mitsuya, Waka-Kun hears an ominous feeling entering the battlefield.

That ominous feeling is nothing but the meeting of the brother-sister meet up of Senju and Sanzu. With a pipe in his hand, Sanzu remarks that Senju is nothing but a wimp when it comes to fighting.

Senju quits the fight, saying that it is such a shame that siblings like them are fighting in a gang war. What should have settled in their home is affecting so many people in this war reminding that night when Mickey had to take the beating instead of Senju. 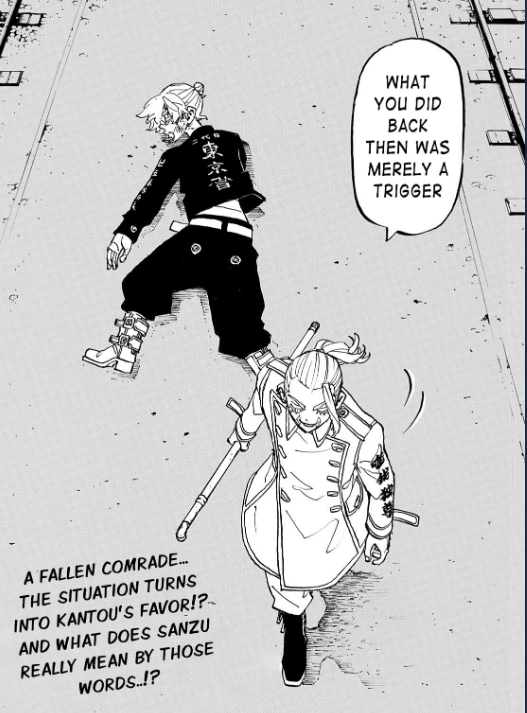 But out of nowhere, Sanzu swings his pipe right across her face, ending the fight and the chapter. But not before he says that the things that happened on that day had so much more meaning than she knows.

Well, as we see that Toman is getting beat up, both of the division captains on the ground, it will be interesting to see what they do next. Along with that, the words that Sanzu told Senju to hold a lot of meaning to what happened to Mickey.

The connection between Mickey, Senju and Sanzu will be revealed in the upcoming chapters. It is the real reason for Mickey’s dive into the world of Yakuza and gang wars.

It’ll be great to see what Takemitchy can do to bring back Mickey. Regardless of what secret Sanzu will reveal in the upcoming chapters. But we can look forward to what will happen in the last war in Tokyo Revengers 251.