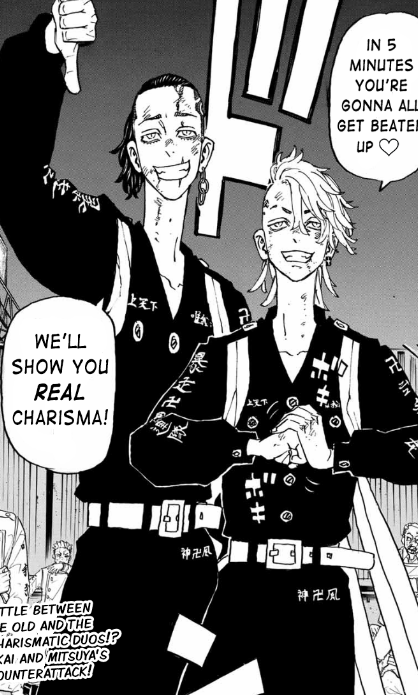 The forces of Touman and Kantou Manji gang are in the final battle to reclaim Mikey, to the way he was by our favourite crying baby, Takemitchy. Multiple battles are happening all around so let’s see what to expect in the next release of the manga.

Continue on this journey which is nearing its climax with the last battle getting more and more fierce with every chapter. If you would like to start reading this manga, I would highly recommend going over to the Kondasha site and reading the official English scans for the manga.

Tokyo Revengers Chapter 249 is arriving with the next release of the Kodansha magazine, which releases on 13 April 2022.

The last chapter concluded by setting three battles for future chapters to deal with. And it seems like they picked up on the last fight, Hakkai and Mitsuya Vs The Haitani Brothers. In addition to that battle, they set two more battles which might seem a little too hard for Touman.

We start the chapter with a flashback of Mitsuya first seeing the Haitani Brothers for the first time when they were a part of the 1st generation of the Black Dragon gang.

Mitsuya acknowledges his opponents as being the more experienced but one thing very apparent in these battles is the age gap between the Kantou guys and Touman’s 2nd generation. Making the whole battle a fight between the old and new blood. 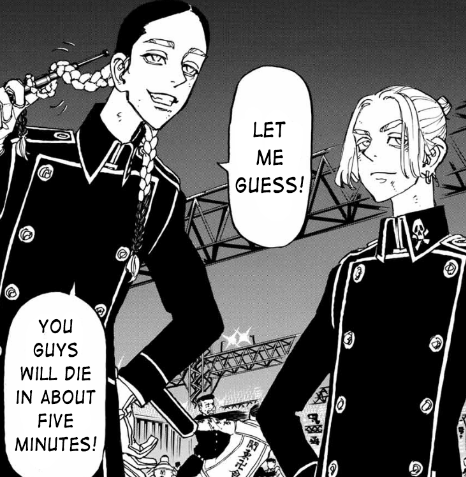 The current fight begins with Hakkai being approached by the brothers with their trash talk inviting him inside their circle more and more until he is surrounded by a bunch of Kantou Manji guys.

As Mitsuya follows him, Hakkai and Mitsuya get caught up in the circle of goons of Kantou Manji’s guys and in the centre, Hakkai is lying out cold, and the younger brother yells out that after his right swing no one is getting up that fast.

But to his surprise, as Mitsuya is making quick work of the goons, Hakkai gets up, full of fresh energy ready to pummel the Brothers down once and for all.

As Senju is seen in the last chapter, taking out most of the goons with ease. She remarks that she might have taken out more than 50 goons, that’s as much as 10% of the whole force taken out by only one person. 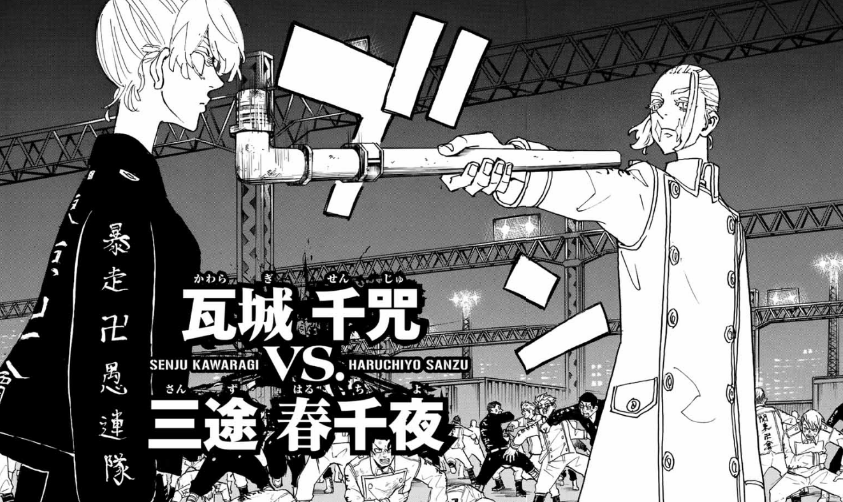 But as she is looking for other opponents to pin down, Sanzu comes up from behind her and challenges her to a duel while holding a pipe straight to her face.

In the last chapter, we saw Inui chasing after his former best friend, Coco trying to get answers to why did he come back to the fighting and what is he siding with Mikey of all people in this conflict. 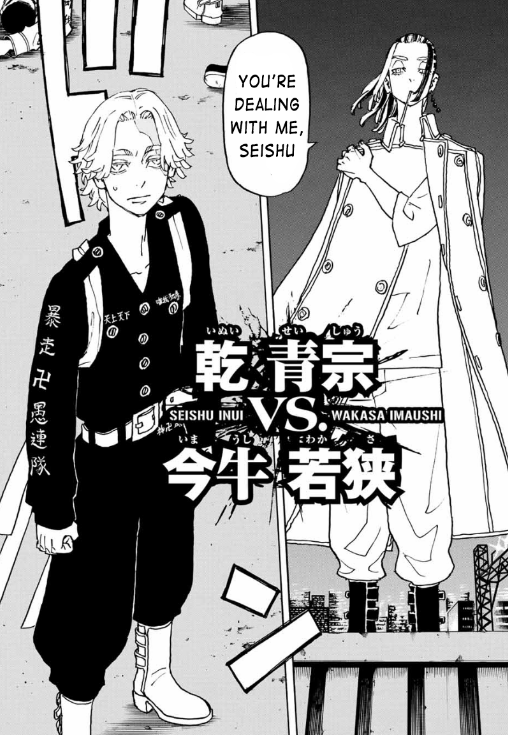 But as Inui finally gets Coco stuck in a corner, one of the commanders of the Kantou Manji gang, Wakasa Imaushi comes up challenging Inui to a fight.

Well as more and more battles are being set, this seems like Mikey vs Takemitchy, the final battle that decides everything between is not that far away. So stick to The Teal Mango for all the updates on Tokyo Revengers.