Black Clover hiatus leaves us with one of the biggest cliffhangers before going away for 3-months, Tabata is a genius. 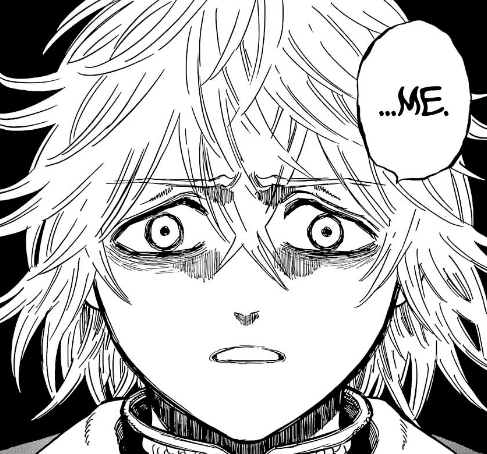 A big reveal caps off the best arc of the whole franchise, as before going on a hiatus Tabata gives us something to let our brains rattle on.

Earlier in the week, it was confirmed that Black Clover will be going on a long break of about 3 months after chapter 331 was released to prepare for its final arc.

And now that we have the last chapter of the Spade Invasion Arc, it is clear why Tabata’s mind moves on a 4D plane while we keep looking for crumbs everywhere.

With the speed at which he releases the manga, we can only hope that Tabata takes a proper break and then comes out with the best manga art and story arc ever seen in shounen.

The chapter starts heavy as we see Yuno in front of the Spade Kingdom royal consort. And standing in the middle is his mother. Being separated for 17 years, seeing her in front of him Yuno recalls the only memory of a mother.

His mother cries out of joy, seeing her son safe and sound. And the other consorts immediately plead with him to return to the Spade Kingdom to take his rightful place as the king.

While Yuno takes into consideration the condition of Spade Kingdom as well as the uncertainty of the times, he refuses.

The vows he made to the Sister and Father back at the church, his responsibilities and duties as the vice-captain of Golden Dawn. And lastly, he mentions the biggest and most important vow that he made to his rival and brother, Asta.

Somewhere else we see Asta thanking Liebe for showing him the memories of Lucita, his mother. Knowing that she loved him despite leaving him at the doors of the church made him make peace with her. 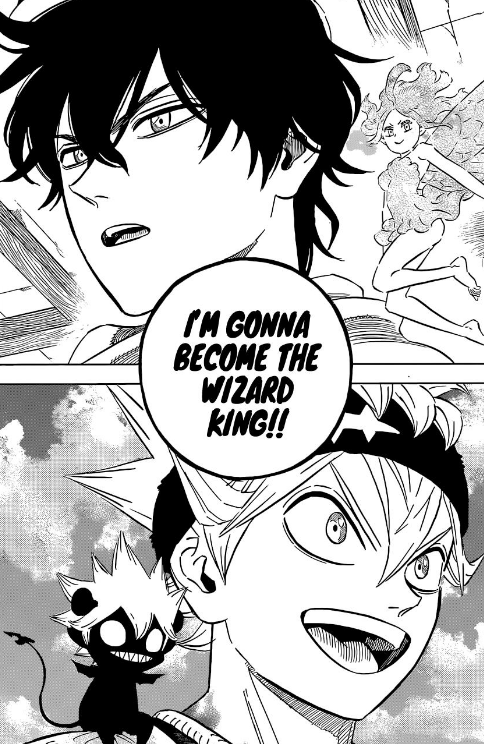 But Liebe thanks Asta instead for taking the revenge that he was harbouring ever since Lucita’s death. But now was the time to fulfil Asta’s biggest wish. To become the Wizard King.

At last, we meet Julius in his chamber as he is tensed about something creeping up under his skin. After being informed about the battle is over, Julius thinks of all the previous times that he showed interest in devils and dark magic.

Damnatio comes into the room, ready with his 20 years of research, about the three kings of the demon world. One is Lucifero, the devil Asta defeated in the recent battle. The other is Beelzebub, the devil with the power of space residing in the demon world.

But one demon, whose name is mentioned in the records as leaving his seat as the king and coming to the human world, Astaroth. He has the power of manipulating time, the only other person known to wield that power is in the room. 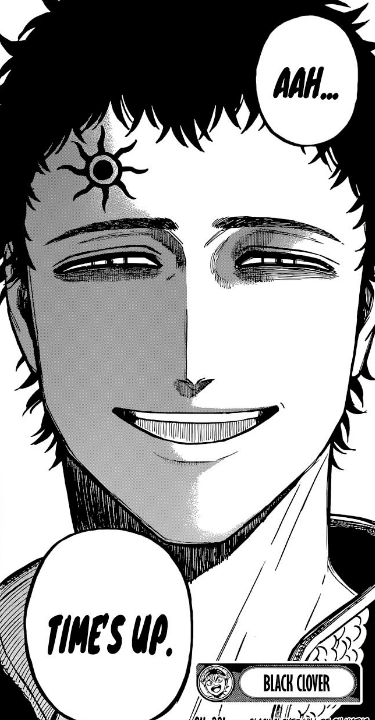 Killed by the fourth Zogratis sibling, Lucius takes over Julius’ body revealing a new grimoire. Adrammelech arrives from the window confirming that everything that happened with the Spade Kingdom was already planned by this mastermind.

With such a big reveal, Tabata has launched the internet on a massive speculation and theorizing spree. The only person who can save us from this new addiction is Tabata himself. When he releases the next chapter and kicks off what seems like the best arc in Black Clover to date.