The Umbrella Academy Season 3 Release Date and Trailer is Here

Season three of The Umbrella Academy is ultimately here. And the Umbrellas face off against a new squad of Hargreeves siblings as a mysterious force wreaks havoc on the city.

The Umbrella Academy is one of the best performing shows on the streaming platform. And another season only adds to the thrills. Many updates are awaiting you in the store. From the release date to the trailer. 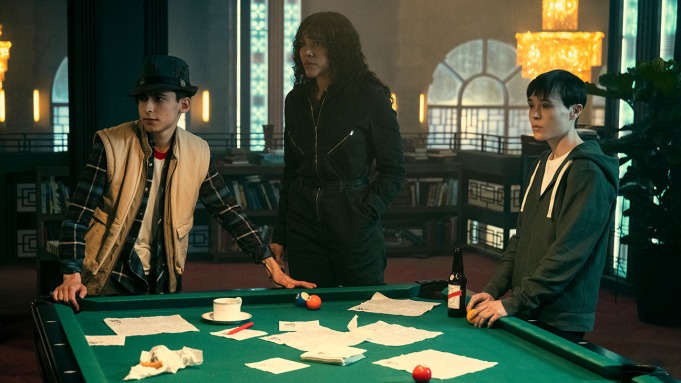 Yes, the first look at this incredible rivalry has arrived. And it’s even crazier than before. The show is actually about a dysfunctional family of adopted sibling superheroes who come together to solve the mystery of their father’s death and the threat of an impending apocalypse.

One thing we can guarantee is that the upcoming season will feature a super siblings rivalry. And the release date has already been set. Season 3 of The Umbrella Academy will premiere on June 22, 2022.

This time, there are too many siblings and not enough time. This season will consist of a total of 10-episodes of battle. Season three’s plot was also revealed.

All they have to do now is persuade Dad’s new and possibly better family to assist them in righting the wrongs caused by their arrival.

“This isn’t your home,” says the trailer’s opening line. And, yes, that is definitely perplexing, and we were all like, what? Then comes the edge, “This is the sparrow academy.”

The entire trailer is filled with rivalry, battles, and, of course, cuss words. There’s a new foe: “We caused a paradox, and that paradox is swallowing things.”

They’ve been replaced by a “bunch of blobs, cubes, birds, and s**t.” Too many action scenes are featured in the 2-minutes trailer. Oh, you haven’t watched the trailer yet? Don’t miss out on the fun and check it out below.

“There are some very big surprises with the family this year,” Blackman said. “There are some amazing changes that people will love to dig into. It’s a wild season.”

Along with the other details we also have an official synopsis of this upcoming season.

“After putting a stop to 1963’s doomsday, the Umbrella Academy return home to the present, convinced they prevented the initial apocalypse and fixed this godforsaken timeline once and for all.

But after a brief moment of celebration, they realize things aren’t exactly (okay, not at all) how they left them. Enter the Sparrow Academy. Smart, stylish, and about as warm as a sea of icebergs, the Sparrows immediately clash with the Umbrellas in a violent face-off that turns out to be the least of everyone’s concerns.

Navigating challenges, losses, and surprises of their own – and dealing with an unidentified destructive entity wreaking havoc in the Universe (something they may have caused) — now all they need to do is convince Dad’s new and possibly better family to help them put right what their arrival made wrong.

Will they find a way back to their pre-apocalyptic lives? Or is this new world about to reveal more than just a hiccup in the timeline?”