‘The Terminal List’ Starring Chris Pratt: First Look is Out

The creators of the upcoming thriller drama ‘The Terminal List’ finally came out with the first few looks of the Chriss Pratt series. The first look has intrigued the netizens making them wait impatiently for the project to be released on July 1, 2022. 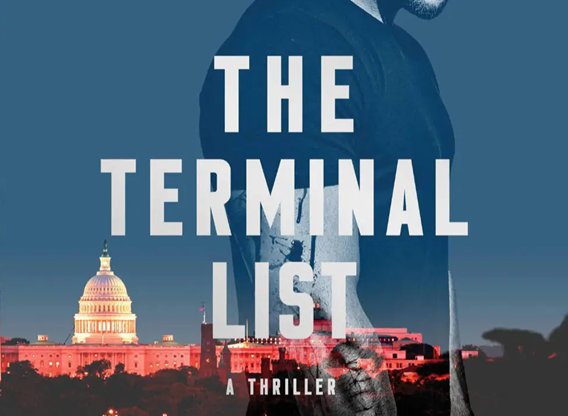 The terminal List, which is based on the best selling novel by Jack Carr follows James Reece who is played by Chriss Pratt after his entire platoon of Navy SEALs is ensnared during a high stake covert mission.

The series follows Reece’s return home to his family and shows how he struggles with the conflicting memories of the ambush event and making him question his accountability. The story then develops into the reveal of new evidence through which Reece discovers dark forces working against him, risking not only his life but also the lives of his loved ones.

The series is produced by Chris Pratt and Jon Schumacher with Indivisible Productions, Fuqua Films and Antoine Fuqua. It has been written by David DiGilio. The Author of the original book Jack Carr serves as the executive producer as does the writer Daniel Shattuck.

The series The Terminal List is an Amazon Studios and Civic Centre Media co-production in an association with MRC Television.

The first few images of the Canada Spy series ‘The Terminal List’ have been dropped by Amazon Prime Video. The photos give a sneak peek into the storyline of the series.

Amazon Prime Video dropped the 18-second long clip on Instagram on Tuesday, March 8. The clip introduces Pratt as the Navy SEAL agent James Reece. Reece is fighting with his dark past in the clip.

Here is the post which shows the clips from the upcoming series showcasing Pratt in the revengeful role of Reece.

The teaser starts with Pratt making an impactful entry holding an assault rifle in his hands and then it moves towards Reece trailing a nerve-wracking scene encompassing blazing guns, a lot of mayhem and toppling cars.

Pratt is also seen fighting and pushing the enemy against the wall with an axe in his hands and instilling fear in him.

“Strap in. Here’s the First Look of The #TerminalListOnPrime, July 1,” the caption of the post read.

The Terminal List marks Pratt’s first Television role since he played the role of Andy Dwyer on Parks and Recreation. Pratt is known for his role as Peter Quill or the Star-Lord in the Guardians of the galaxy movie series of the Marvel Cinema Universe.

Indeed Pratt has come a long way in his career as an actor and the fans are waiting for him to showcase his talents in this action series.