Amazon Prime dropped the teaser for Jenny Han’s The Summer I Turned Pretty. The teaser has a secret surprise for Taylor Swift fans as well. The series will be available on Amazon Prime on June 17th.

In recent years, we have been blessed with many romantic series and movies. The Summer I Turned Pretty looks like it is going to be at the top of that list. The drama is an adaptation of the book by the same name.

What Is It The Summer I Turned Pretty About?

The drama, like the book, focuses on the love triangle of a girl and two brothers. The girl is Bella, played by Lola Tung. In the teaser, we see her pull up in a car to the Cousins Beach for the summer. In a voiceover, she can be heard saying, “I thought this summer was going to be like all the other summers, but it’s not because I won’t let it be.” 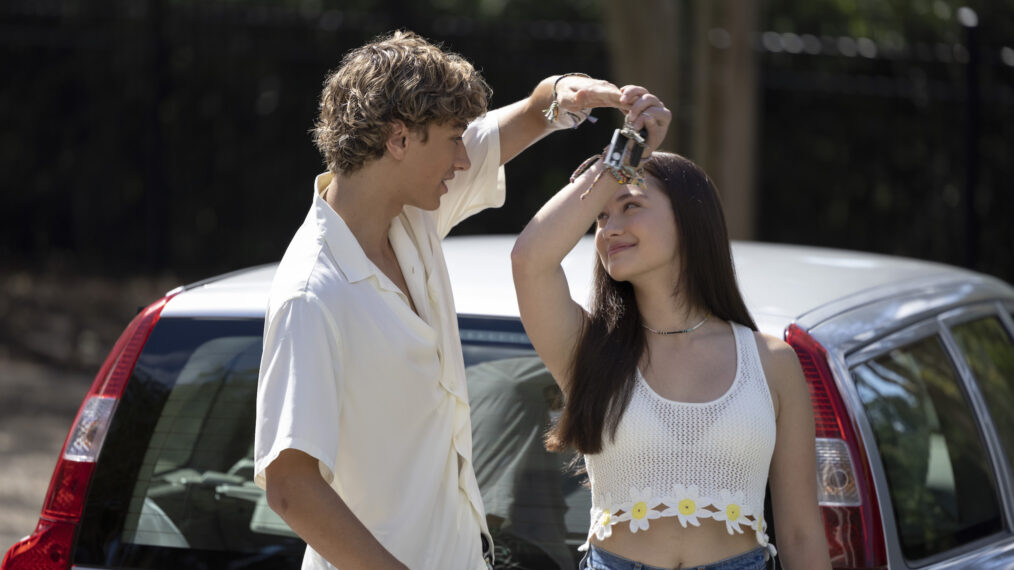 The drama is executively produced by Jenny Han, Gabrielle Stanton, Karen Rosenfelt, Hope Hartman, Mads Hansen, and Nne Ebong. Han and Stanton serve as the showrunners. Interestingly, Jenny Han also acts as the executive producer for the hit Netflix show called To All The Boys I Have Loved Before. This series is a collaboration between Amazon Studios and wiip.

The Secret Surprise In The Teaser

The trailer has a surprise, especially for Swifties. It features the first listen of “This Love (Taylor’s Version)”. The song is from her upcoming re-recorded album called “1989”. The rest of the song dropped at midnight on 6th May.

Swift is re-recording some of her most popular songs. As she doesn’t hold exclusive rights over the songs, the rights for her older songs got sold by The Big Machine, the record label that first signed her. This got a lot of publicity as she blamed Scooter Braun. Justin Bieber, and even Kanye West for conspiring against her when they could have helped her get the rights to her music.

Taylor Swift is re-recording and releasing those albums to have exclusive rights over her music.

Most of the comments on the teaser were from happy fans of the book and the song. One user commented “This was the HEART of my childhood book nerd and now it’s FINALLY a show! YES. YES. YES. Ah, childhood nostalgia.”

Another user was happy for Taylor and commented,” Finally this song gets the recognition it deserves!!! Sooo proud !!!”

Releasing a teaser is a perfect way to get people excited about something and the teaser for The Summer I Turned Pretty is doing just that. It will be exciting to see how fans of the book react to the adaptation.