Dwayne Douglas Johnson absolutely loves his kids, and his kids are too fond of him. Well, this time he got up his bad covered in art. The Rock took to Instagram to flaunt his moustache and unibrow art made by his little kids, turning him into a grizzly bear. Read on to learn more about what ‘The Rock’ looks like right now. 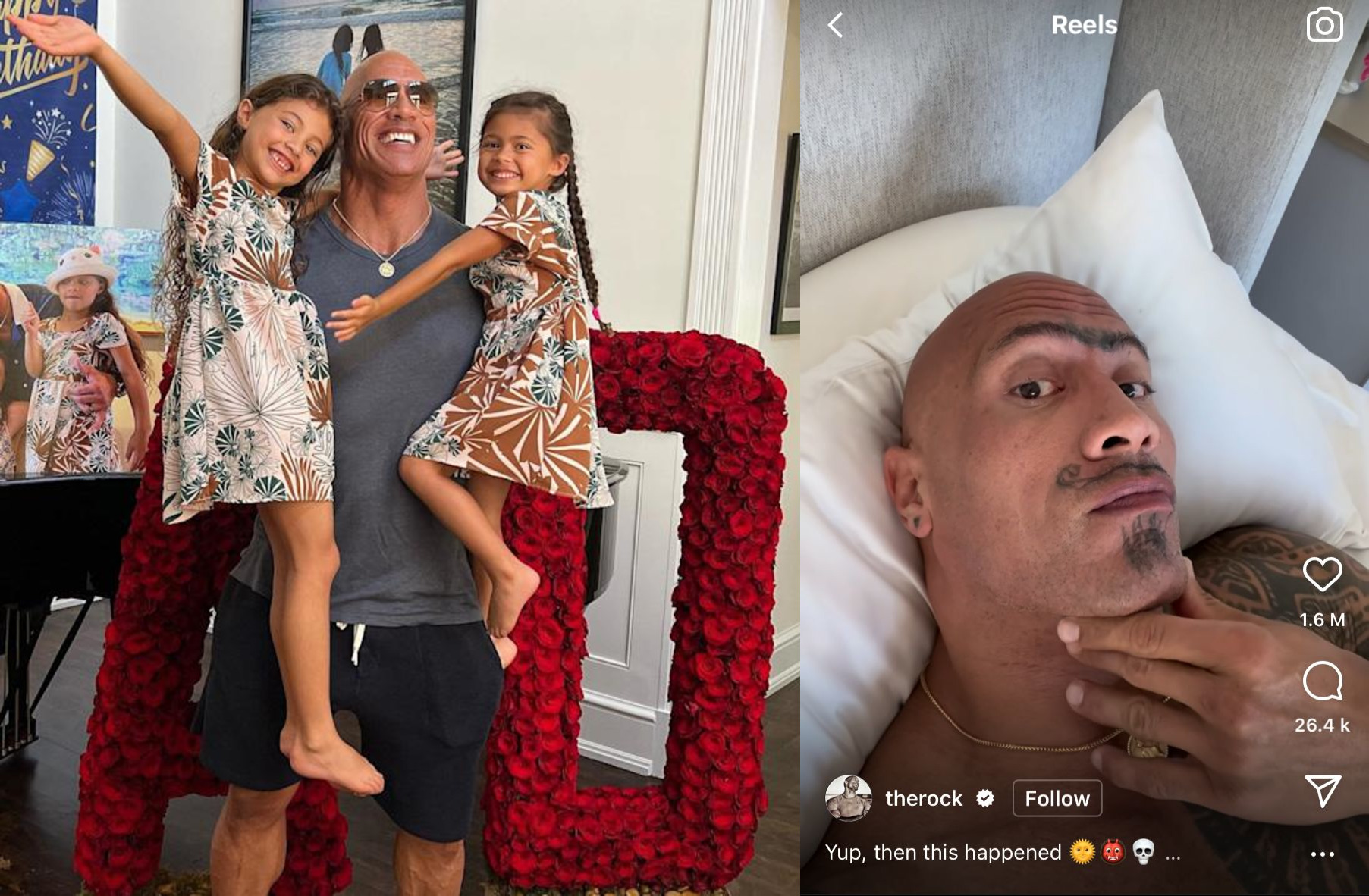 As The Unsuspecting Daddy Sleeps…

Dwayne Douglas Johnson, known as “The Rock” took to his Instagram to share an adorable post that is dedicated to his two adorable daughters. The “Rampage Island” star posted an adorable face art done by his 6-year-old and 4-year-old mischievous kids. Well, he woke up to that grizzly bear daddy face. He wrote:

“It was quite the challenge to lay in bed this morning pretending to still be fast asleep while tiny footsteps come running in, giggling and whispering…then slowly but not subtly crawl on my bed – and proceed to draw on my face.

I thought they were finished ☑️ until one says to the other, “let’s give Daddy a unibrow..” which they clearly proceeded to do and when they were done the 4-year-old whispers “Oh My God” then they giggle and laugh like little devils and run out of the room

Well, the two mischievous souls behind The Rock’s mooch and unibrow art are his daughters, Tiana Jia Johnson, 4 and Jasmine Johnson, 6. In the Instagram post, Dwayne can be seen waking up to his grizzly bear-like face as his two daughters giggle from outside like devils.

The Rock compared to his daughter’s art-making to a Covid-19 test through his face as he wrote, “…They’re 6 & 4 so when they draw ✍🏾 they jab as hard as they can like they’re giving me a COVID test thru my face.” Isn’t he looking adorable? Well, the credit goes to two little devils Jasmine and Tiana. The Rock’s post has already received 1.6M likes and 26.4k comments. Dwayne enjoys spending time with his three daughters, which also includes his eldest daughter, Simone Alexandra Johnson, 20. To Jasmine, Simone, and Tiana, Dwayne is like the perfect daddy.

Well, this is not the first time that the “highest-grossing and highest-paid” actor shared his children’s activities. Previously, he shared a video of a tea party with his daughter, Tiana when she turned 4. He shared the video on Instagram and wrote,

“Man these daddy/daughter/bunny tea parties 🍵 🫖 have a special way of kinda putting life into real perspective. My “why” becomes even more clear. She just turned 4 and probably won’t remember this, but I sure will. And she still refuses to believe that her daddy is actually MAUI🪝from one of her favourite Disney movies, MOANA! She always says, “Daddy, you’re not Maui, you’re The Rock”.” 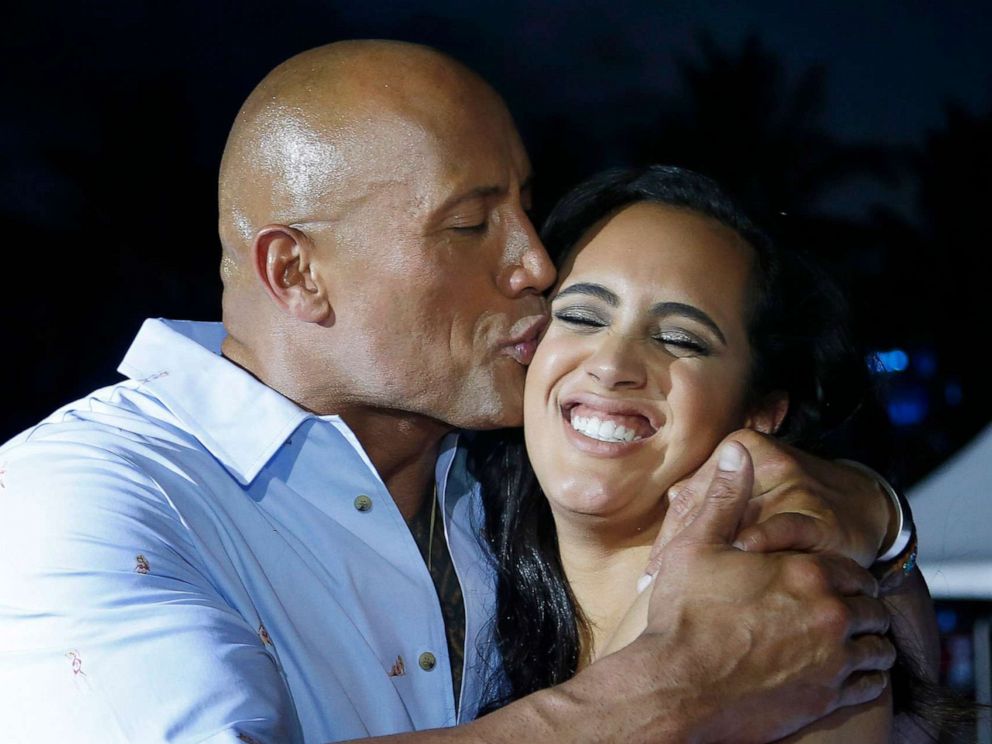 Dwayne Johnson shares one daughter, Simone (20) with his former partner Dany Garcia, who is a businesswoman, IFBB professional bodybuilder and producer. interestingly, Simone is the first fourth-generation wrestler in their family and began her professional career in 2020.

After separating from Dany, the “Fast &Furious” film series actor began dating Lauren Hashian, the daughter of Boston drummer Sib Hashian. Dwayne and Hashina reside in Los Angeles and own a farm in Virginia and a second home in Southwest Ranches, Florida. They share two children, Jasmine and Tiana who just created this adorable art on their daddy’s face.