You’ve landed successfully at our article because you may have heard about the upcoming cast of “The Real Housewives of Dubai” from some social media platforms or from your friends.

This reality show follows the lives of a group of wealthy ladies in a certain city. The show has followed the lives of women from different cities, let’s explore. And it’s actually intriguing. A lot of spectators love watching this show. 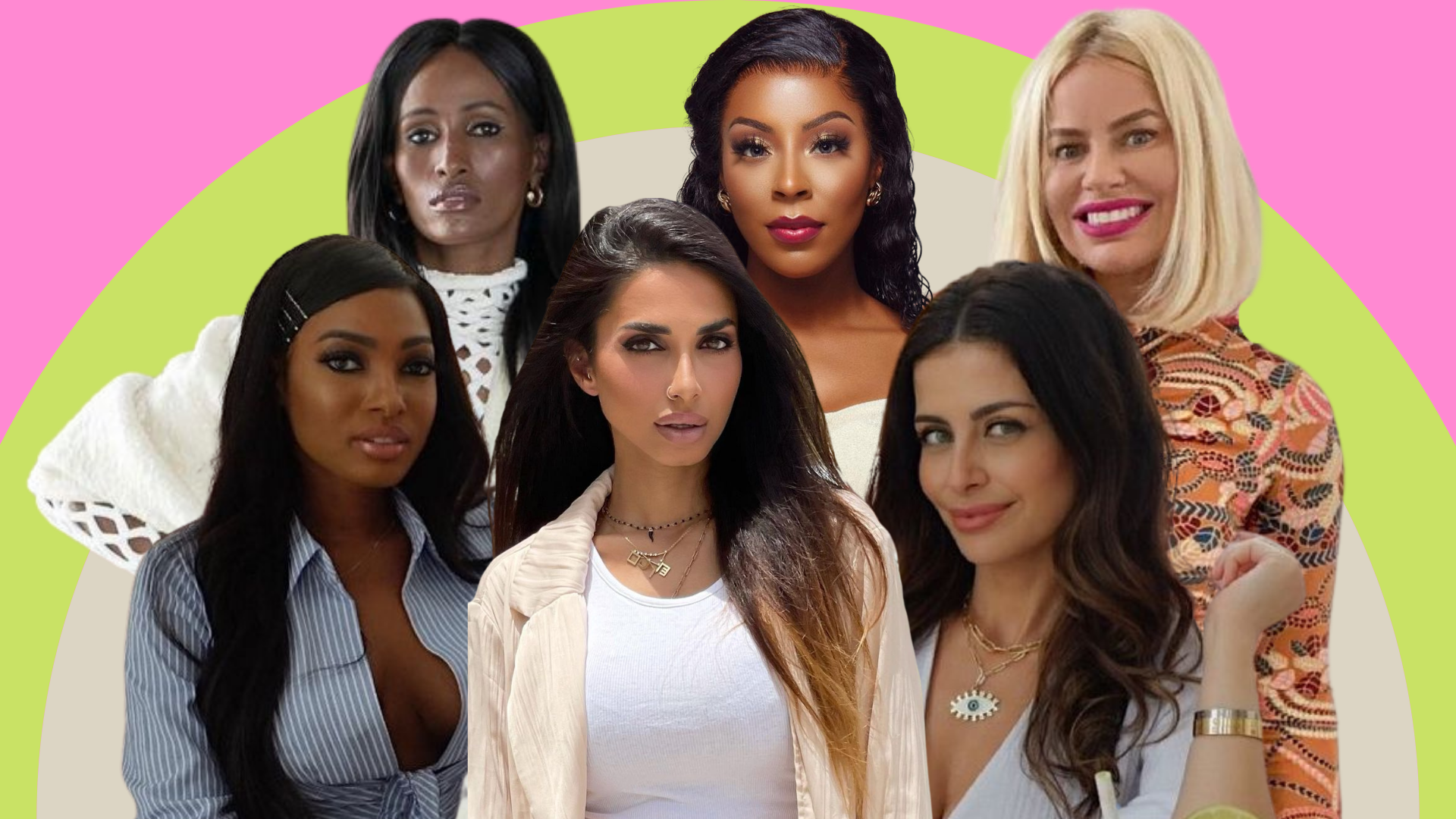 Famous female celebrities are participating in ‘The Real Housewives Of Dubai’, allowing the public to learn more about them. The upcoming cast is quite intriguing. And we have a surprise waiting for you. Who is ready for details? 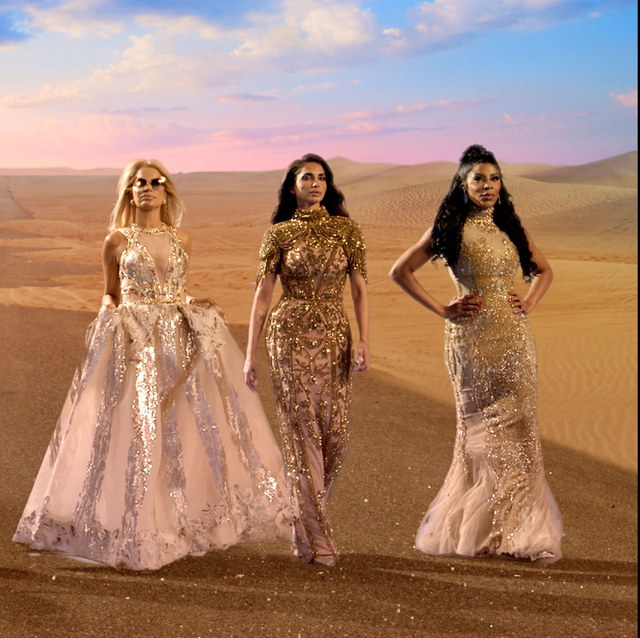 The Real Housewives Of Dubai Cast With Instagram Looks Luxurious

We’ve got the cast roster all figured out below, and no, you don’t need to go looking for their Instagram because we’ve already revealed it.

Yes, so that it’s easier for you to catch up on them. And like that, you can figure out your favorite ones. Along with that, here’s a little about them. Okay, a little more about them.

Nina is living her life as a content creator with her husband, Munaf, and her three adorable little kids; one son and two daughters. This one’s definitely interesting.

She really seems to enjoy desert homes as much as her children do. Her Instagram highlights are full of pictures of her traveling to new places and enjoying life, proving that she is a wanderlust.

She revealed her participation in the reality show on her Instagram, posting the trailer of the upcoming show with writing in the caption: “I can finally disclose the news for you all” and adding: “#RHDO Dubai glitters in gold when the series starts on @BravoTV on June 1st.”

“Though she supports her husband’s wealthy business ventures, they must determine if the penthouses and personal drivers are worth the many sacrifices,” according to Bravo’s description of Nina.

Chanel is the first black woman in Dubai to become a supermodel, proving that she’s not less than any girl out there. She earned her success with her mindset. Everything about her is great, from her sense of style to her determination and confidence to win.

Let’s not even get started on her fashion sense; how can someone be as confident and committed to their work after having a child, and sure, it doesn’t look like she is a mother? Absolutely adorable.

However, she is. She has a son with her first love and has never been divorced; she and her husband have known each other since they were teenagers, indicating how supportive he is.

It’s startling to learn that Taj, Chanel’s 14-year-old son, follows in her mother’s footsteps who’s a model and accepts multiple offers with confidence, just like his mother.

Chanel has appeared in multiple issues of Vogue, including Vogue Italia and Vogue US, and has presented shows that have aired on CNN all around the world, which is unsurprising.

She also happily posted on her Instagram handle, the trailer of her upcoming arrival on the reality show.

Caroline Brooks, an American real estate director, philanthropist, and mother, will also be featured in the reality show. Her Instagram captions demonstrate that she is completely self-assured and confident.

She’s quite independent because she’s been divorced for a long time and has been raising her son on her own.

It’s shocking to learn that Caroline never completed her university education and is still successful; why should we care if she doesn’t? “There are no regrets,” she stated. “I had a bright future ahead of me.”

After her divorce, she was left with nothing but a child to look after. “People frequently think she has stuff handed to her based on her posh lifestyle Instagram feed,” she explains.

This fashion and beauty enthusiast will soon open her own salon and spa, something she has wished for a long time.

Her “American-style salon will have an urban and trendy vibe that Dubai hasn’t seen yet,” she confidentially told Cosmo Middle East.

She posted the trailer of her upcoming arrival on the reality show captioning it with: “NO MORE SECRETS! It’s official we are The Real Housewives Of Dubai! You ready?”

Entrepreneur with a track record of success. Investor and public speaker. Expert in leadership. Citizen of the World. Rebel. Spiritual tyrant. Wanderlust. Damn! What not she is!?

Sara, I’m sorry, ‘Dr. Sara’ has been an entrepreneur ever since not only as an adult but since she was 15 years old. She influenced a large number of ladies in Dubai to be as self-assured as she is.

Anything is possible when you have inner peace. She enjoys motivating young people and giving public lectures. You can see how wonderful advice she can provide on her Instagram highlights.

And as we all know, when someone who is actually successful gives advice, it can never be wrong, (unlike our unsuccessful friends who give useless advice, haha).

Well, her every Instagram post is fantastic but the best one we think so far is this one given below.

Sara’s Instagram is definitely worth exploring. Because we enjoyed doing.

The fashion designer, who was born in Jamaica, has only one motto: “family first.” She operates a fashion business called ‘minaroe,’ which provides beautiful and comfy clothing for various types of mothers, as evidenced by her Instagram bio.

She is the mother of three sons and is married to a man who treats her like the queen she is. Let’s see how proud will be her family when she would be performing so well on the reality show.

She posted her picture on her birthday in which she was looking absolutely gorgeous.

She’s the host of the renowned relationship podcast Divorced Not Dead, and she appears like she’s ready to take on the role of ‘The Housewives Of Dubai’ on the reality show.

Caroline was a fan of The Ladies of London and was divorced before marrying Real Madrid soccer star Sergio Carrallo. People appear to criticize her for her connection with her 27-year-old spouse, and her being 48.

But when it comes to someone who has helped you become the best version of yourself, age is irrelevant.

She also has her own closet store selling from goggles to fashionable pants. As you can see in the photo below, she appears to be really young and beautiful.

That was it. What do you think about these queens who are going to rock the show? It’s hard to think who’ll win as everyone is beautiful in their own way. And they all have a unique lifestyles and perspectives.

Don’t forget to share who you like the most in the comments section below. And you can share your concerns. We will do our best to keep you up-to-date.