Calling a ll the fans of “The Godfather” because we have some amazing news to brighten up your day!

The first look at the trailer of the upcoming Paramount plus show, The Offer takes you on an exciting ride on the real life drama behind the making of one of the greatest movies in cinema history. The Offer releasing exclusively on the Paramount plus is scheduled to premiere on the streaming platform on 28th April. Here is everything you need to know about the series, plot and cast.

The Offer: Making Of The Godfather Series

The Godfather is one of the most iconic and celebrated American movies ever made. Fans still gush over the cinematic excellence that has been portrayed by the characters and the impact that the film has left.

Considering the success and the critical acclamation has driven the spirit of unleashing the story behind the making and the preparation of The Godfather.

The Offer is the force behind the making of the cult classic coming as a limited series launching on the 50th anniversary of the 1972 movie.

Paramount Plus will tell the story of how The Godfather came to be through producer/executive producer Al Ruddy’s perspective as he helped shepherd along with one of Hollywood’s most fabled projects.

The 10-episode series is based on true events surrounding the making of The Godfather. Oscar-nominated writer Michael Tolkin will serve as writer and executive producer alongside producers Leslie Grief and Erin David.

The official trailer of The Offer released on March 23rd giving a sneak into the world of making of The Godfather. The trailer takes the audience into the chaos that made the dream come true of making a movie that is considered one of the iconic films of all time.

Right from Al Ruddy to take up the project of making a film without reading the novel to receiving threat calls from the underworld gangsters that came in the way of making the masterpiece.

The Offer is a 10-episode limited series that will take viewers behind the scenes of The Godfather. The show follows Ruddy as he attempts to convince Paramount Pictures to make the film and Marlon Brando star as Don Vito Corleone. The film includes instances and experiences of the producer Albert Ruddy on making a full fledged gangster movie that unfolded various events that were never seen before. 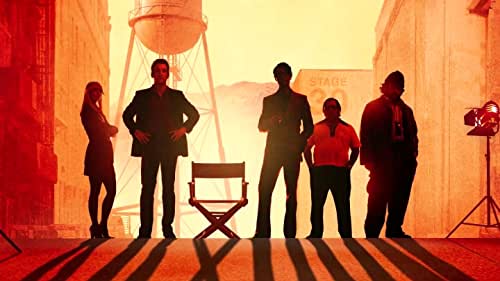 So gear up as The Godfather experience is coming your way!