Here’s a treat for all The Gilded Age fans out there. The filming for the second season of HBO’s hit historical drama has begun. Keep scrolling to catch more insights about the upcoming season of the show. The production for the second season of HBO’s The Gilded Age has officially begun. Not long ago, HBO gave the fans of the show a quick glimpse of Carrie Coon and Morgan Spector’s first look as they were on set.

HBO Max took to Twitter to confirm all the rumors that were swirling in the air about season 2 of the show. The studio wrote, “The rumors are true. #GildedAgeHBO has begun production on Season 2.”

The rumors are true. #GildedAgeHBO has begun production on Season 2. pic.twitter.com/yT5DL4QyoV

The first look from the sets of season 2 of The Gilded Age features George (Morgan Spector) and Bertha Russell (Carrie Coon)and we must say the two of them look pretty happy. The production design of the upcoming season is similar to that of the previous season. The Gilded Age is a co-production between HBO and Universal Television, a division of Universal Studio Group.

The shooting of the series is taking place in Rhode Island and New York state at the moment. The first season of the period drama was released on January 24, 2022, and it consisted of a total of 9 episodes. It received immense love and support from the end of viewers as well as the critics.

What is the show ‘The Gilded Age’ all about?

For those who are unaware, The Gilded Age is an American historical drama series. So if you are a person who enjoys shows that narrate historical tales, this series might be your cup of tea.

The Gilded Age revolves around the story of a young woman named Marian Brook who entered the 1882 New York City’s rigid social scene. Soon afterward, she gets intertwined in different conflicts including the new money Russell family, old money van Rhijn-Brook family, as well as the racial tensions between various classes like the upper class, upper-middle-class, and Black upper class.

The series has been created and written by Julian Fellows for HBO. It is set in the 1880s in New York City during the era of rapid economic growth. The series was renewed for the second season in February of 2022. Originally the show was designed for NBC but later on, it was announced in May 2019 that it will be moving to HBO.

Who stars in HBO’s historical drama ‘The Gilded Age’? 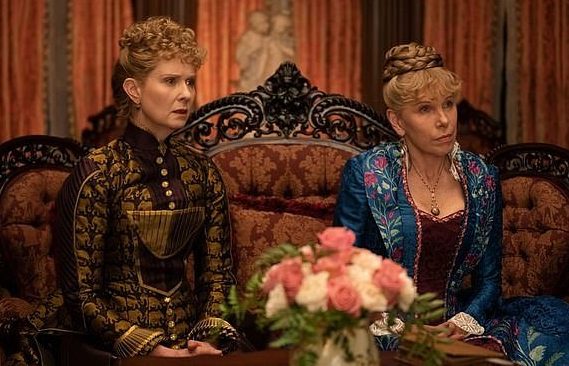 Have you seen the first season of The Gilded Age? If you have kindly let us know how did you like it in the comments section below. Don’t forget to stay tuned with us for the latest updates from the world of showbiz.