The Eternals is a 2021 American epic superhero movie based on the same-named Marvel Comics race. The Eternals—an immortal alien race established by the Celestials who have covertly lived on Earth for over 7,000 years—reunite to safeguard humanity from their malevolent counterparts, the Deviants, after the return of half the population in Avengers: Endgame ignites ‘the emergence.’ 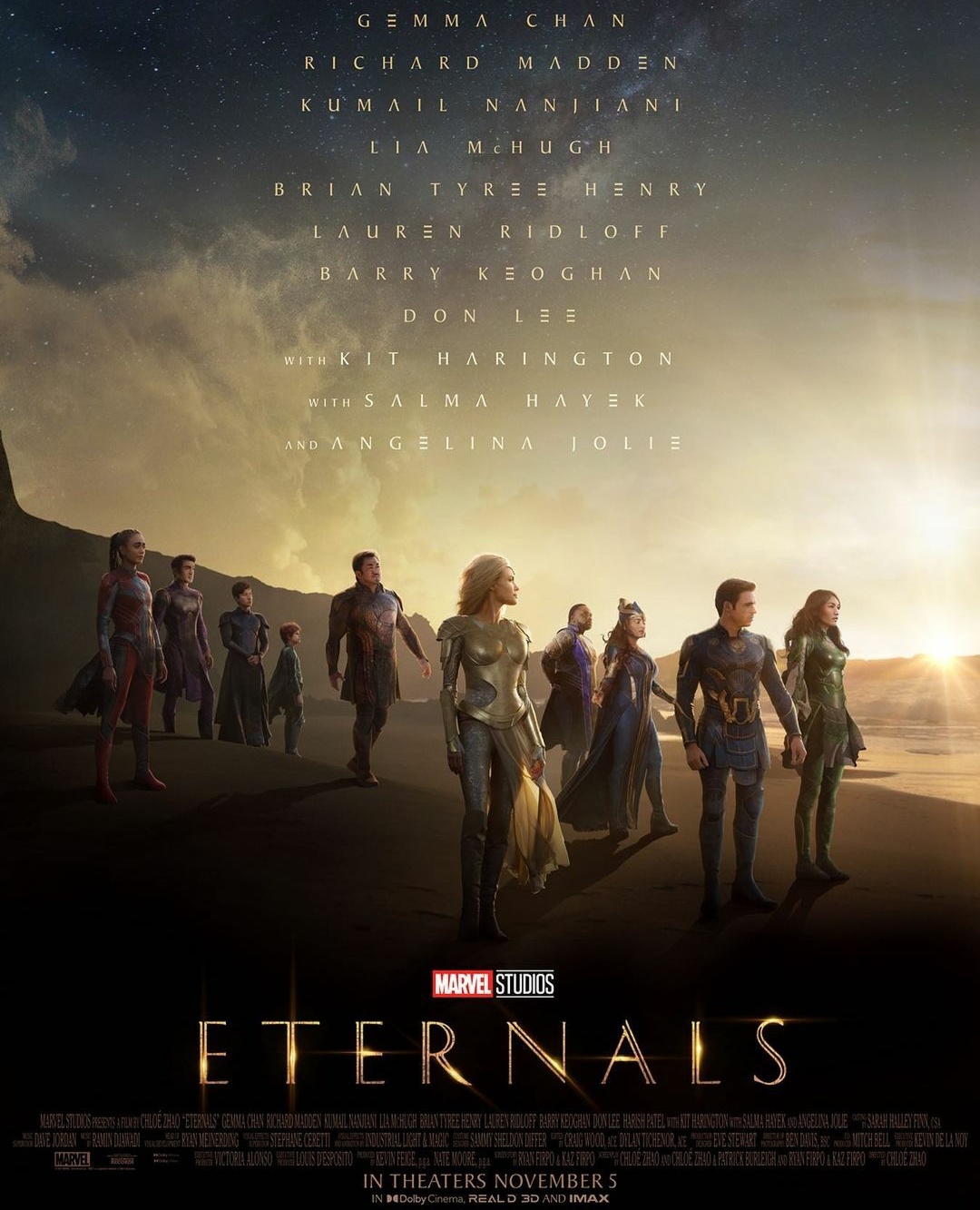 So, while the narrative is unquestionably fantastic, how about the prospective cast members? Some of them are, to say the least, well-known and everyone’s favourite. As part of Phase Four of the MCU, Eternals premiered in Los Angeles on October 18, 2021, and will be released theatrically in the United States on November 5, 2021.

Here’s a list of the cast members who are now part of the ‘Eternal’ family. And we’re all familiar with them thanks to their outstanding performances on the big screen.

One of the most powerful Eternals, with the ability to fly and emit cosmic energy beams from his eyes. Madden added that Ikaris and Sersi have “a deep level of romance” and “are two opposing sides of how they connect with the world,” because Sersi has sympathy for humanity while Ikaris, given the Eternals’ extended life span, is more distant.

About Richard Madden – He performed as Romeo in Romeo and Juliet with Shakespeare’s Globe company in 2007, a role he reprised in the West End in 2016. From 2011 to 2013, Madden came to popularity as Robb Stark in the fantasy drama series Game of Thrones.

An empathetic Eternal who can influence inanimate stuff and has a strong affiliation to mankind and the Earth. Sersi has a close bond with Sprite and has been in love with Ikaris for millennia. While dating Dane Whitman, she pretends as a museum curator on Earth.

Sersi is the movie’s protagonist, according to producer Kevin Feige. Director Chloé Zhao and Chan wanted to create “a nuanced female superhero that is rarely seen in this genre”.

About Gemma Chan – Gemma Chan is an English model and actress. Following that, Chan appeared in a number of starring role, including Doctor Who, Sherlock, Secret Diary of a Call Girl, Fresh Meat, Bedlam, and True Love. Chan rose to prominence after starring as Astrid Leong-Teo in Jon M. Chu’s love comedy Crazy Rich Asians (2018), which was both critically and commercially successful.

The Eternals’ knowledgeable and spiritual leader, who can heal and serves as a “bridge” between the Eternals and the Celestials. Hayek was able to fall back into Ajak’s femininity and create her the “mother figure” of the Eternals by changing the dynamic from a man in the comics. Hayek was apprehensive to work with Marvel at first, expecting she’d be cast in a supporting or “grandmother” position.

About Salma Hayek – She began her acting career in Mexico, appearing in the drama Teresa in 1989 and the movie Miracle Alley in 1995, for which she was nominated for an Ariel Award. With roles in movies like Desperado (1995), From Dusk till Dawn (1996), Wild Wild West, and Dogma (Both 1999), she catapulted to prominence.

Over the millennia, an elite warrior Eternal who can construct any weapon out of cosmic energy builds a deep friendship with Gilgamesh. Jolie prepared for the part by practicing with various swords, spears, and staffs, as well as attending ballet classes.

About Angelina Jolie – She has been titled as Hollywood’s highest-paid actress countless times. And has won numerous awards, including an Academy Award and three Golden Globe Awards. She advocates for a variety of issues, including conservation, education, and women’s rights.

But she is most known for her work as a Special Envoy for the United Nations High Commissioner for Refugees on behalf of refugees (UNHCR). As a public figure, Jolie has been quoted as one of the most powerful and influential people in the American entertainment industry. Various media sites have referred to her as the most beautiful woman.

An Eternal with the ability to shoot cosmic energy bolts out of his hands. Kingo becomes a famous Bollywood movie actor to merge in on Earth, enamored with stardom. Nanjiani sought to merge the wisecracking approach of John McClane from the Die Hard movie franchise with the look of Bollywood actor Hrithik Roshan in his role.

To prepare for the role, he watched Errol Flynn classics and some of the original Zorro movies. Learning the Bollywood dances was difficult for Nanjiani, who is not a dancer.

About Kumail Nanjiani – He is best known for playing Dinesh in the HBO comedy series Silicon Valley from 2014 to 2019, as well as co-writing and starring in the romantic comedy film The Big Sick (2017).

An Eternal with the ability to travel at superhuman speeds. The character is the MCU’s first deaf superhero. She began running more in preparation for the part, then switched to muscle building to get “the symmetry of somebody who looks like a sprinter.”

About Lauren Ridloff – She is a deaf American actress best known for portraying Connie on AMC’s The Walking Dead. Her breakout portrayal in the Broadway play Children of a Lesser God in 2018 earned her multiple nominations, including a Tony Award nomination for Best Actress in a Play. She was then cast in the ninth season of The Walking Dead.

The most powerful Eternal, with a strong bond to Thena. Gilgamesh is initially introduced in the comics as the Forgotten One, an Eternal who was exiled from his species by Zuras for spending too much time with mortals.

Lee wanted to be the first Korean superhero because he wanted to be an inspiration to the younger generation, and he was able to use his boxing expertise for the role.

About Don Lee – Ma has become one of South Korea’s most popular actors because to his breakout performance in Train to Busan and following main lead.

An Eternal with the ability to create lifelike illusions. Sprite has the appearance of a 12-year-old child, and McHugh describes her as having a “old soul.”

About Lia McHugh – She is an actress from the United States. Her most well-known roles include Totem (2017), The Lodge, and Into the Dark (both 2019).

An Eternal and an intellectual armaments and technology inventor. He is the first superhero in the MCU to be represented as gay. Phastos, unlike the other Eternals, was first introduced in the comics in 1985. Phastos still possesses the same abilities as the others. He’s quick, strong, and has the ability to fly. As an engineer and inventor, he also created Kingo’s sword.

About Brian Tyree Henry – He is best known for playing Alfred ‘Paper Boi’ Miles in the FX comedy-drama series Atlanta, for which he was nominated for a Primetime Emmy Award for Outstanding Supporting Actor in a Comedy Series. He is also recognized for his roles in the television shows Boardwalk Empire, How to Get Away with Murder, and This Is Us.

Sersi is dating a humanoid who appears to work at the Natural History Museum in London. And he’s definitely Whitman. Whitman, played by Harington, is a physicist who succeeded his uncle as the Black Knight. Whitman may not be as powerful as the Eternals, but he is a master swordsman. 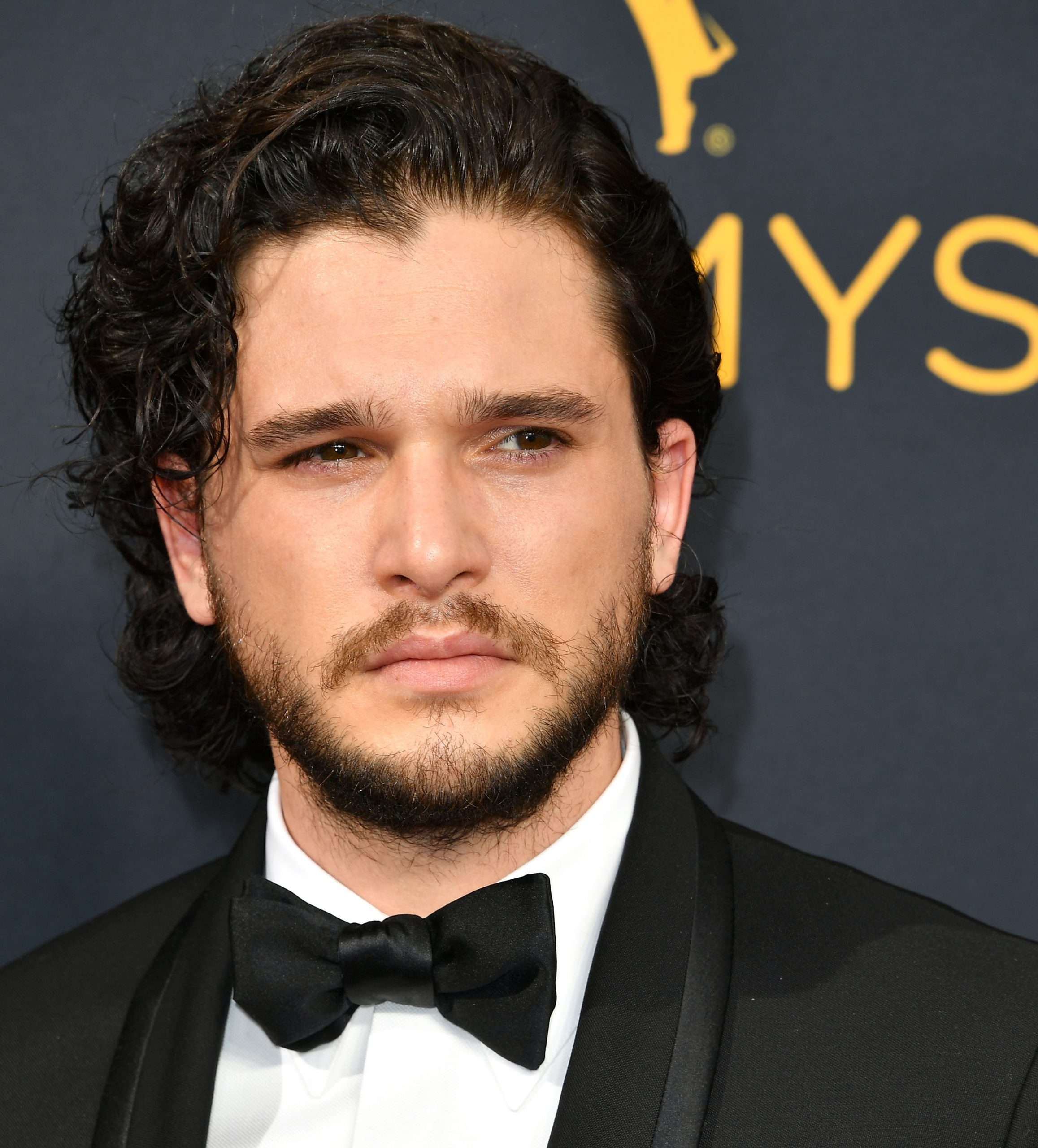 About Kit Harington – His breakout role as Jon Snow in HBO’s epic fantasy television series Game of Thrones (2011–2019) garnered him international acclaim and multiple awards in 2011. We’ll get to see this another GOT actor.

An aloof Eternal with the ability to control other people’s minds. Druig was Ikaris’ cousin and a member of the KGB. The character is described as a “aloof loner” by Marvel Studios. He can fly, teleport, and manipulate atoms like other Eternals.

And Calm with Horses, for which he won a BAFTA Award for Best Actor in a Supporting Role. In the RTÉ show Love/Hate, he also played Wayne.

The long-awaited confirmation of the character’s role has arrived. In the post-credits sequence, Harry Styles portrays Eros / Starfox, Thanos’ brother. He is shown as a member of the Eternals, a human offshoot race. Eros, as the superhero Starfox, is pitted against his psychotic brother Thanos, as is the rest of the universe. He possesses the ability to telepathically control the emotions of others. 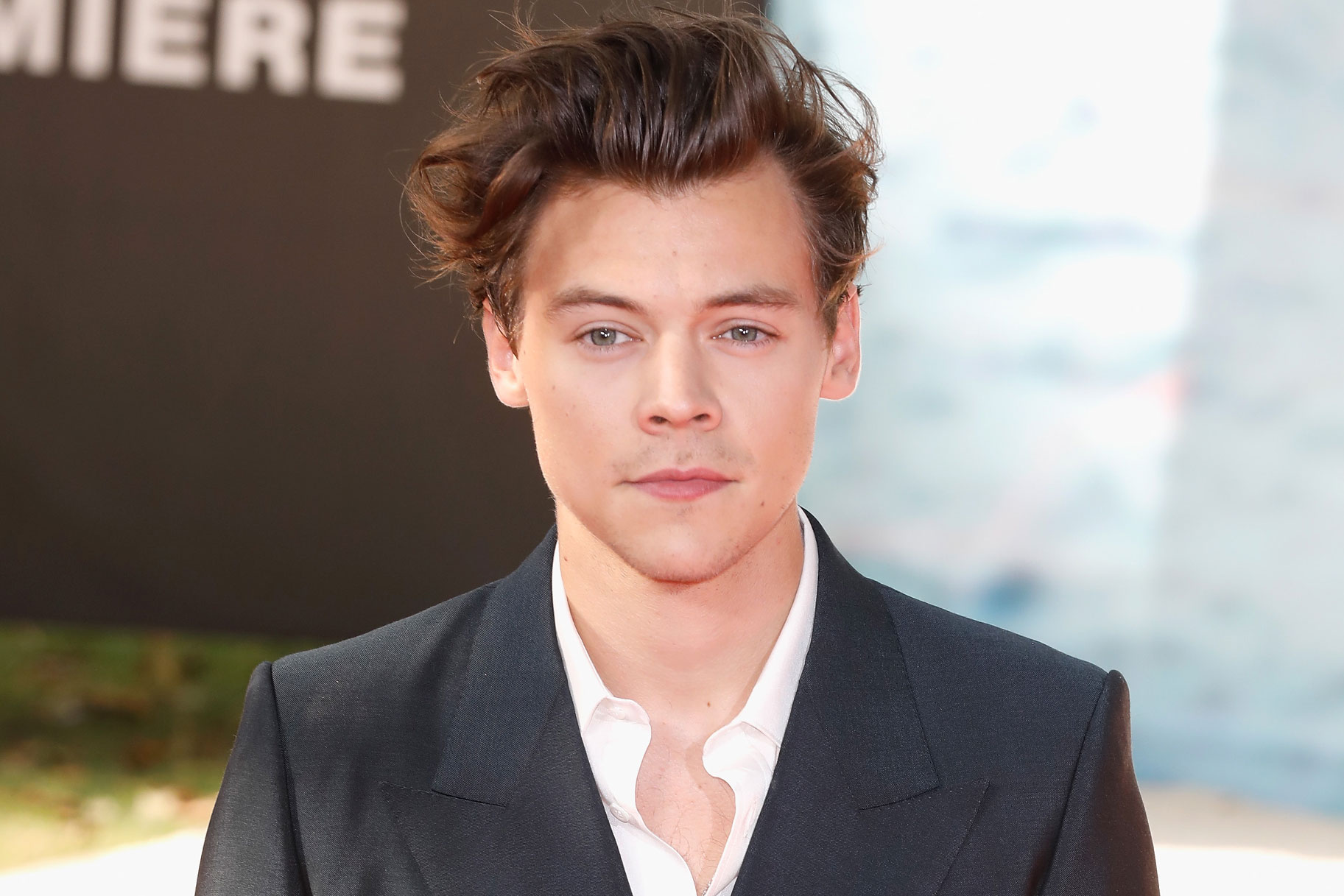 These are the characters who will appear in the upcoming Eternals game. In addition, Haaz Sleiman portrays Phastos’ husband, an architect, and Ozer Ercan portrays a smuggler.

In undefined characters, Gil Birmingham, Jashaun St. John, and Zain Al Rafeea have been cast. The Deviant general Kro, as well as the Celestials Nezarr the Calculator and Arishem the Judge, will appear in the movie. We hope now you are more excited than ever!