Season 4 of the superhero series ‘The Boys’ is already planned. Superheroes are frequently as famous as celebrities, as powerful as politicians, and, in some cases, as revered as gods. But only when they use their abilities for good.

What happens when the heroes go rogue and misuse their abilities? When it comes down to the powerless versus the super-powerful, The Boys embark on a courageous search to uncover the truth about the Seven and Vought, the multibillion-dollar conglomerate that handles the superheroes and conceals their dirty secrets.

Based on the same-named comic book series. Six Emmy Awards were nominated for the series, including Outstanding Drama Series in 2021. Let’s explore more about the upcoming season. 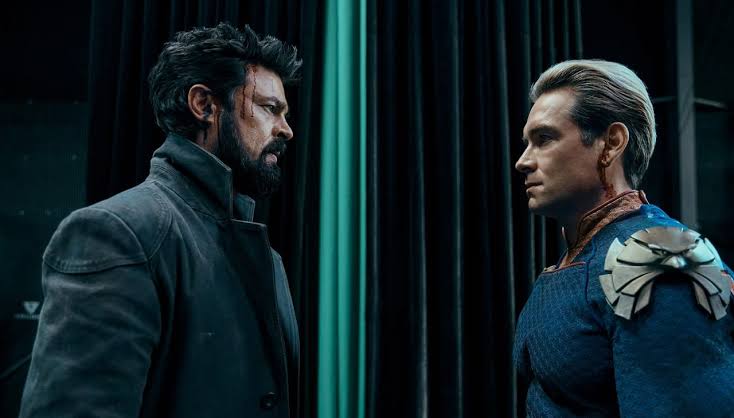 Fortunately, the filming of the season is already underway and we could expect it pretty soon. In fact, the best thing about the series is they are keeping the audience up-to-date regarding the happenings.

The showrunner of The Boys Eric Kripke tweeted, “Day One,” as well as an image of what appears to be the script for Episode 401, “Department of Dirty Tricks.”

Vernon Sanders, head of global television, at Amazon Studios said, “From our first conversation with Eric Kripke and the creative team about Season Three of The Boys, we knew the show was continuing to get even bolder—an impressive feat considering the wild success of the Emmy-nominated second season.

The Boys continues to push boundaries in storytelling while also being relentlessly entertaining and threading the needle on social satire that feels all too real. This stylized world of the series has incredible global reach and the viewership for opening weekend is proof of that.

We are immensely proud of the cast and crew that has spawned a franchise for Prime Video, but we look forward to bringing more of The Boys to our customers.”

”Speaking for the cast and crew, we’re so grateful to Sony, Amazon, and most of all the fans for embracing the show and allowing us to make more,” The Boys showrunner, added. 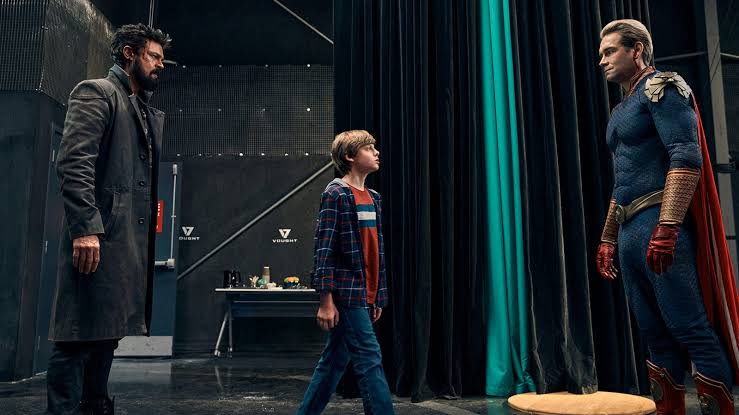 “We’re thrilled to continue Butcher and the Boys’ fight against Homelander and the Seven, as well as comment on the insane world we’re living in. Also, this is the first time in history that exploding genitalia has led to further success.”

Giancarlo Esposito Is Returning For Season 4

A new announcement came to light recently. Giancarlo Esposito said, “It’s been a while since #StanEdgar graced your screens.” That’s a clear hint that we are going to see the personality in this upcoming season.

Jack tweeted, “Today we start work on season 4. This photo is from the first day The Boys were all on set as a team during season 1. I feel so lucky and grateful that I get to start this journey all over again with my @TheBoysTV family. Let’s do this!!!!”

🖕🏻Today we start work on season 4. This photo is from the first day The Boys were all on set as a team during season 1. I feel so lucky and grateful that I get to start this journey all over again with my @TheBoysTV family. Let’s do this!!!! #TheBoys #Season4
📟🥖🔪💪🏼🍼 pic.twitter.com/ma8EB2wZ2u

The official tweet by the account said, “Had enough? Too f*ckin’ bad, because we’ll be back for SEASON 4.”

Had enough? Too f*ckin' bad, because we'll be back for SEASON 4. pic.twitter.com/6BtMTy1Wq1

Aside from the trailers, a first-look image of the much-anticipated season is definitely intriguing. Susan Heyward’s Sister Sage and Valorie Curry’s Firecracker make their first appearances in The Boys Season 4. Their roles are still being kept under wraps. Obviously, the audience has seen these images and is already speculating. According to rumors, Sister Sage has a linkage to the Sage Grove Center psychiatric institute seen in Season 2.

Let’s see what are they actually playing and their addition to the team is definitely amazing. What are your thoughts on the upcoming season? You are welcome to drop your opinions in the comment section below.