Guy, Season 3 Of The Boys Is Around The Corner.

The deconstruction of the violent, gloriously filthy, black-humored superhero genre. What makes The Boys so remarkable and unusual is its idea, which is based on a comic book and presents an unconventional Superhero concept.

A well-written show with a solid sense of pacing and a lot of limits being pushed. Despite a few cliches, both seasons are engrossing from beginning to end. 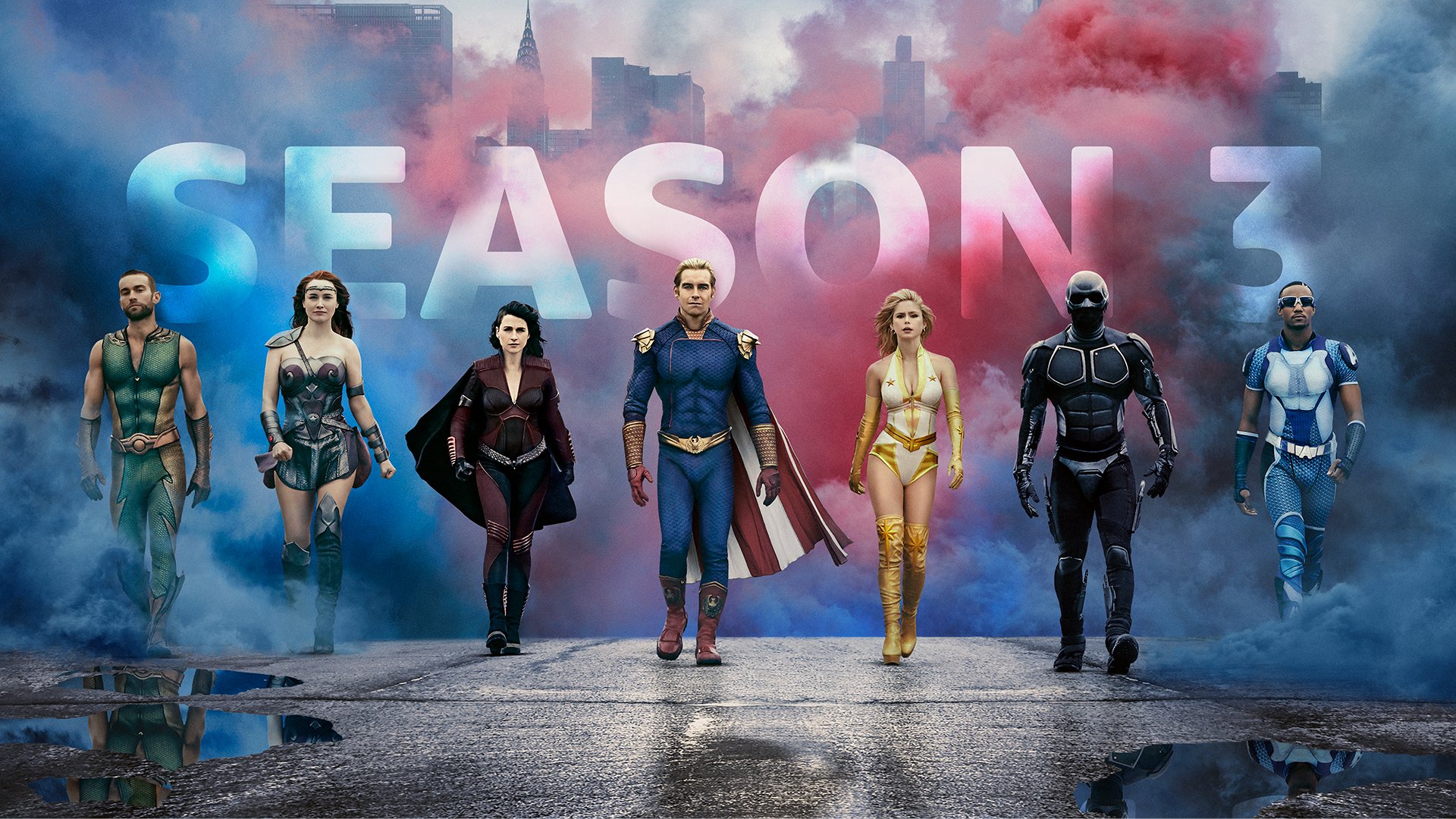 Season one sets up a foundation, and there is never a dull moment during the episode span; the story is perfect for its genre. Our expectations for the second season were high.

But they were exceeded as some fresh new characters are introduced, grabbing your attention right away and keeping you fascinated until the very end. The third season of the show is scheduled to release on 3 June 2022. Looks like it’s approaching sooner than expected.

We’ll see some new faces, as well as some familiar ones. Read on to know about this season’s heroes. Excited? 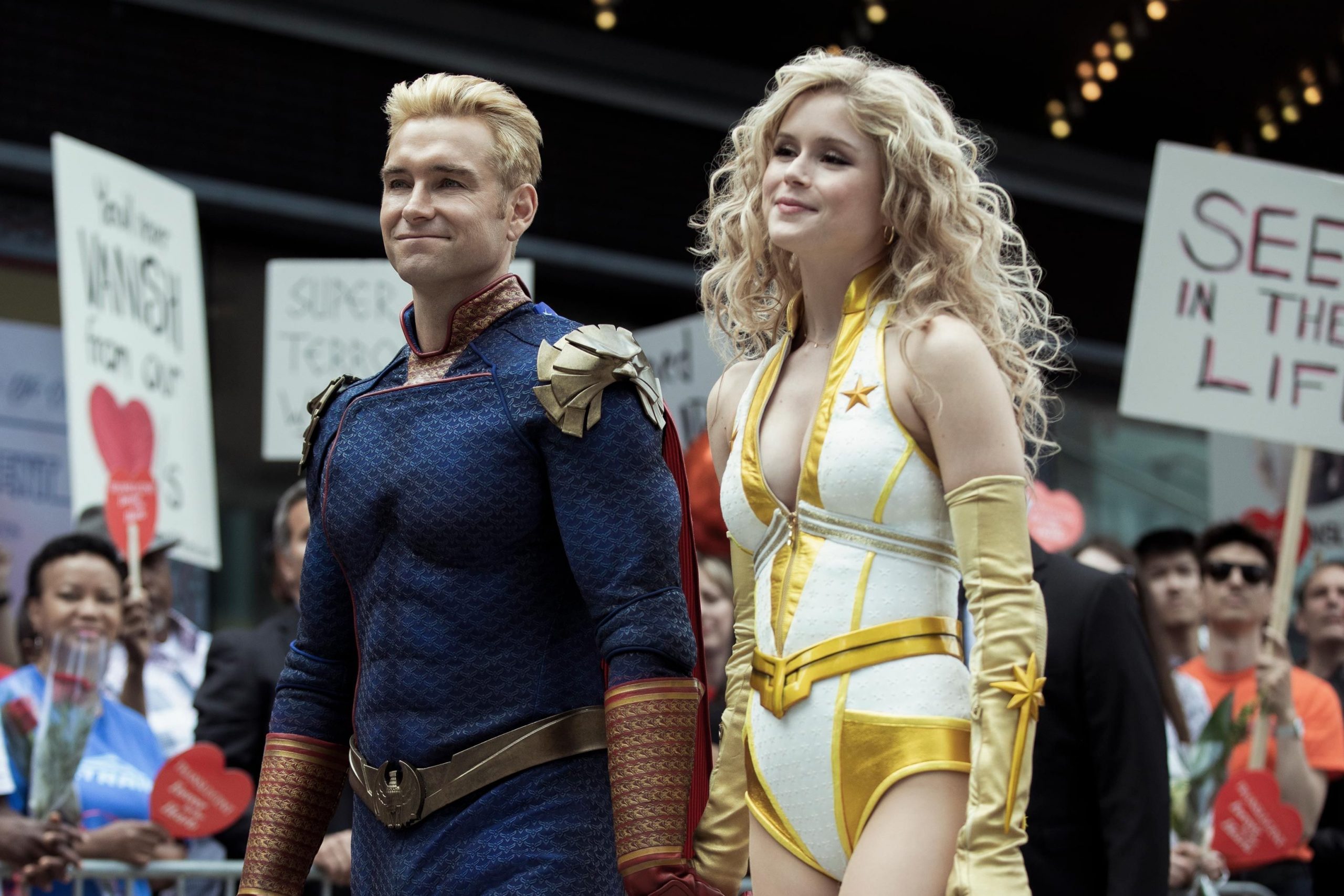 Homelander is the television equivalent of Darth Vader. He exudes a persistent, malicious feeling of menace that is simply fantastic. Fear, hate, and deep uneasiness are all immediately evoked. When you look at him, you could believe he’s about to vaporize everyone out of pure frustration.

And while we’re on the subject of his acting, the new Zealander has appeared in a variety of films and television series in addition to ‘the boys,’ including Banshee, American Gothic, Outrageous Fortune, and many others. 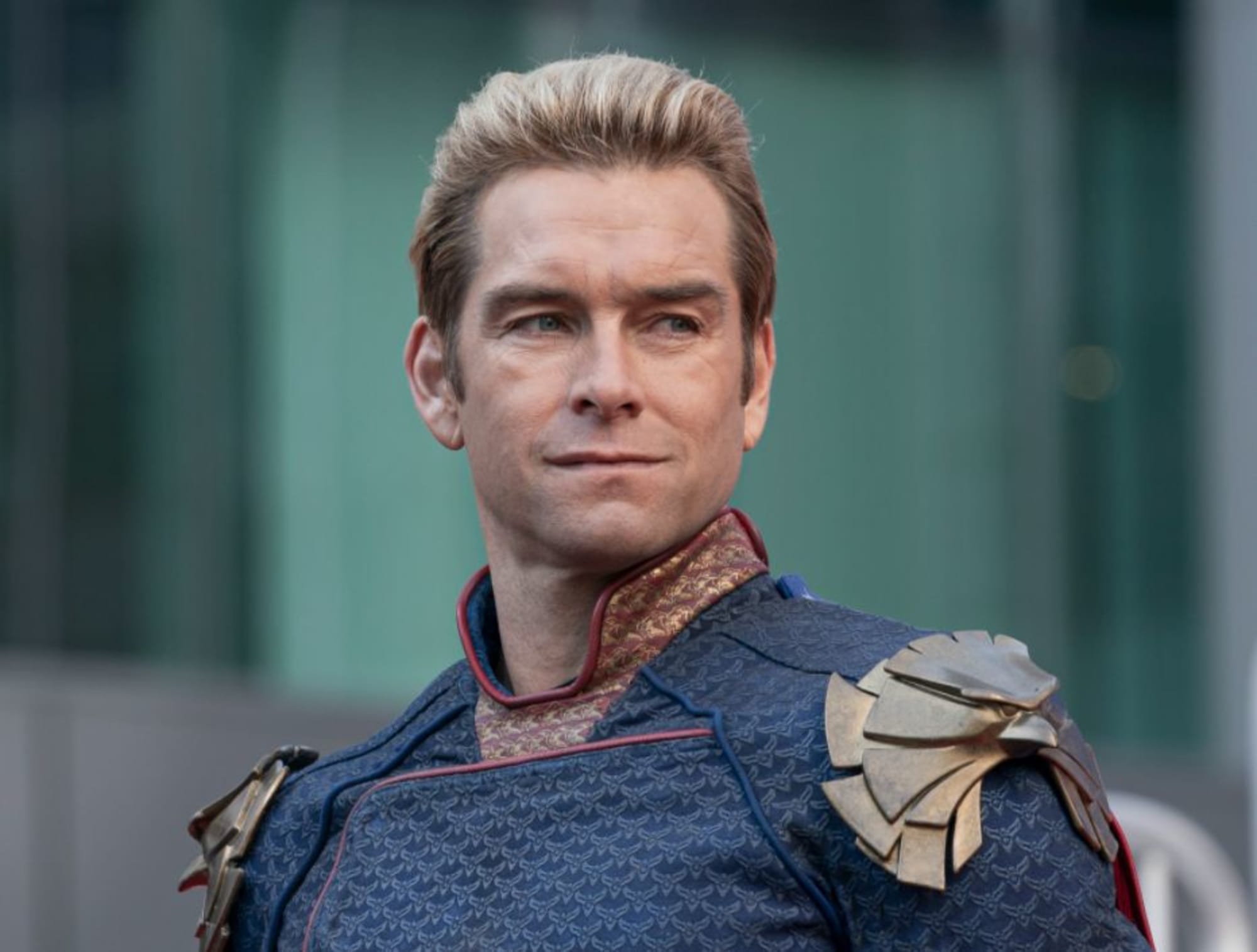 Billy Butcher in the series, necessitates a believable Cockney accent, the kind that can only be achieved by being born to the sound of Bow Bells.

You must have seen the actor Karl Urban, in Ghost Ship (2002) and vaguely remembered his face from the Xena TV series, where he played a variety of roles from Caesar to Cupid. And realized he was and remains a versatile, solid performer in a wide variety of roles on the big screen. From the Riddick Universe to Peter Jackson’s Lord of the Rings cycle, and from Judge Dredd to Dr. McCoy in the latest 2000AD Comic Book remake to the various new Star Trek ‘reboot’ franchise movies.

In The Boys, Hughie Campbell plays a regular man. His goal is to kill superheroes. He wants the seven superheroes to pay him back. A-Train murders Robin, his girlfriend.

Hughie is a human whose girlfriend is slain by A-Train (Jessie T. Usher) as he speeds through her. To take down these lethal superheroes, Hughie partners up with Billy Butcher (Karl Urban).

“We meet him and he’s just this naive kid, he’s working in an electronic store,” Quaid said. “Then he gets thrust into this insane world of superheroes and who they really are, and they say they’re one thing, and they’re something completely different. He’s thrust into it by a pretty traumatic event.” 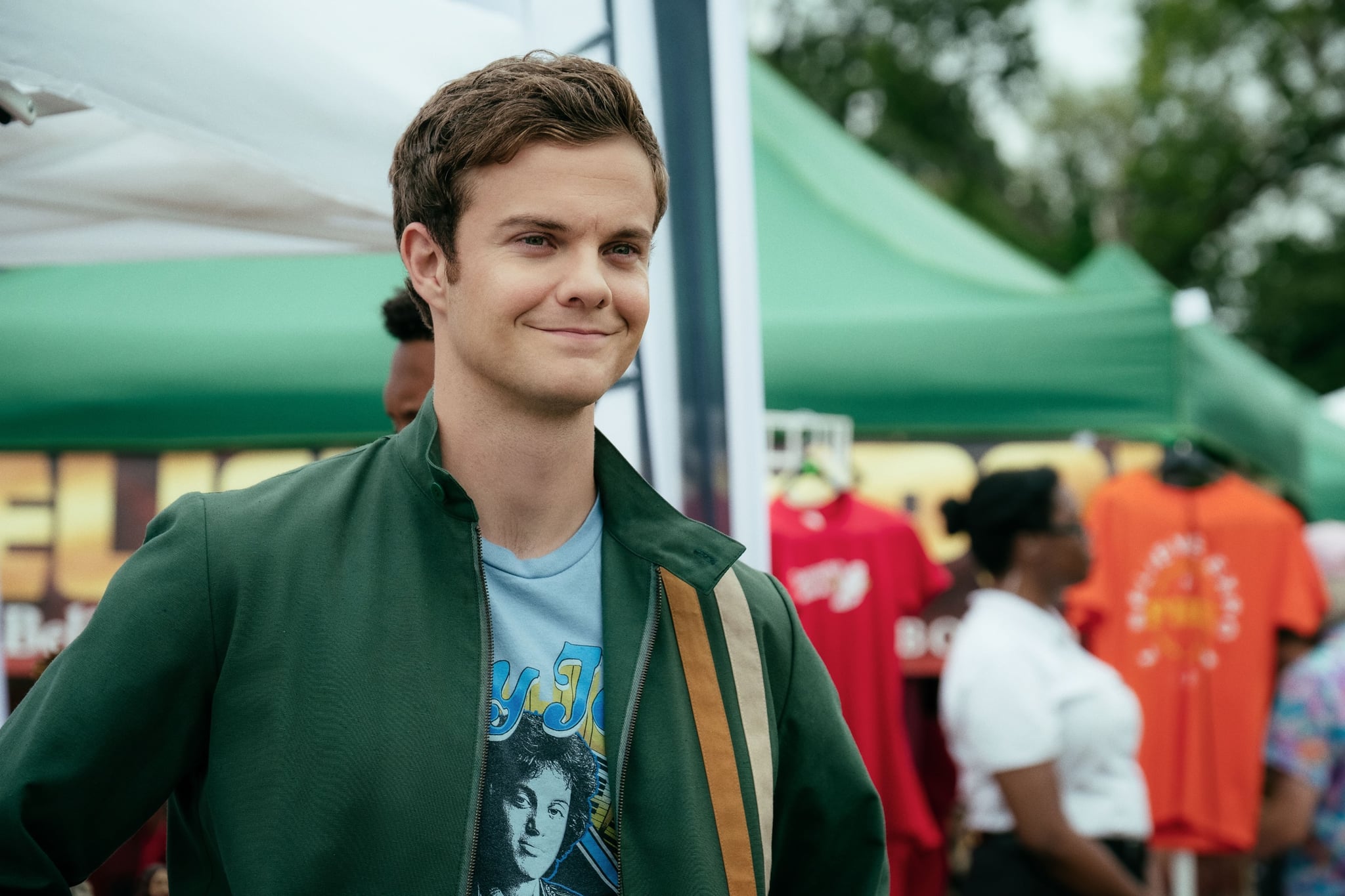 In the dystopian blockbuster The Hunger Games, the American actor also had a little but fantastic role.

Starlight is physically strong (each punch splitting concrete), bulletproof, and her light powers can easily blind and harm anyone. Her incredible strength enables her to effortlessly lift a 3,500-pound automobile.

She also managed to survive multiple.50 caliber bullet impacts with only slight injury (from which she was completely recovered by the next day)

Erin Moriarty also mentioned that the fans will have a great time this season. “For the audience, they’re just going to see things that they not only have never seen before and are crazier than previous seasons. 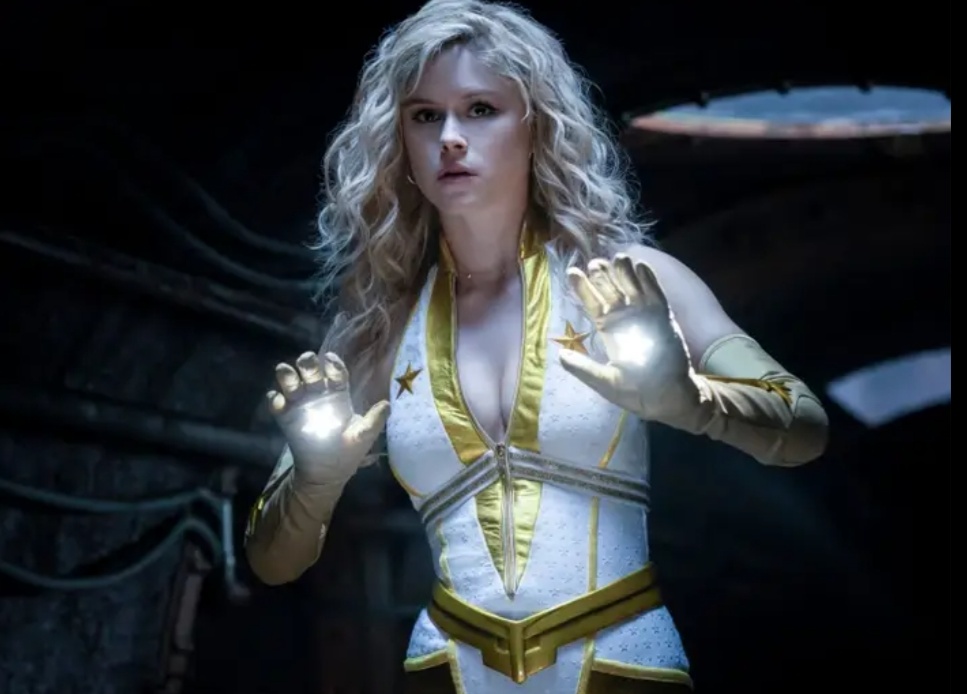 But they’re going to watch and see things that they never expected to see in their entire life, which is saying a lot”, she said excitedly.

There are two possible outcomes for this piece of information. He will either prove himself as a crucial character in the show’s ultimate epic climax (with a big hero moment a la Steve Rogers in Endgame). 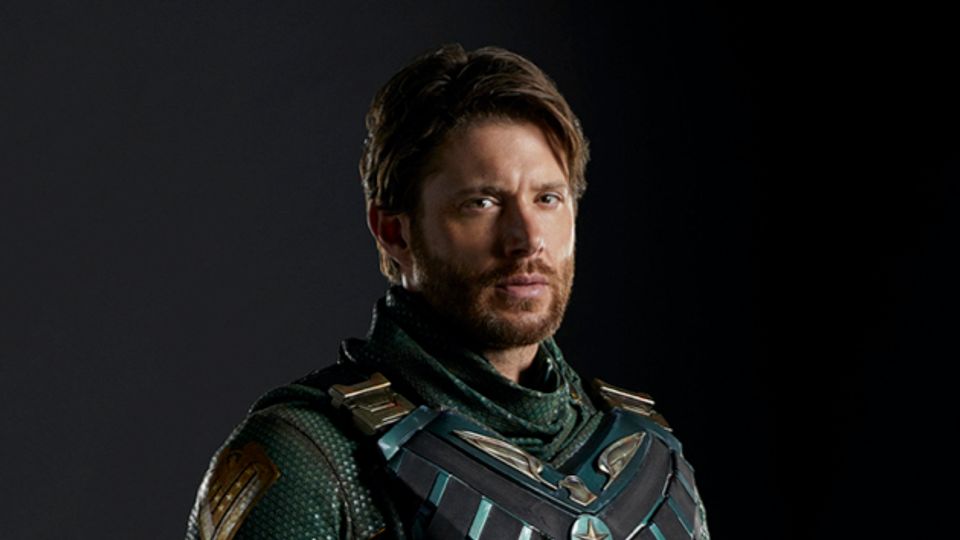 Or he will be killed off abruptly after a brief appearance. Jensen Ackles will put his comedic skills to good use in each of these situations and will undoubtedly be funny.

Jensen Ackles is a talented actor, but he isn’t as well-known as the other MCU actors. We’re sure you recognize him from the TV show Supernatural where he played the role of Dean Winchester, and also as he voiced Jason Todd/Red Hood/Robin II in Batman: Under the Red Hood.

Maeve’s durability is greater than a speeding truck’s destructive might. Granted, we haven’t seen Maeve injured.

So we don’t know her limits, but when the plane crashes in the show, Homelander—who is said to be stronger than Maeve—says there’s no reason for them to die along with the passengers. Implying that a plane crash would at the very least cause extensive damage to her and his bodies. 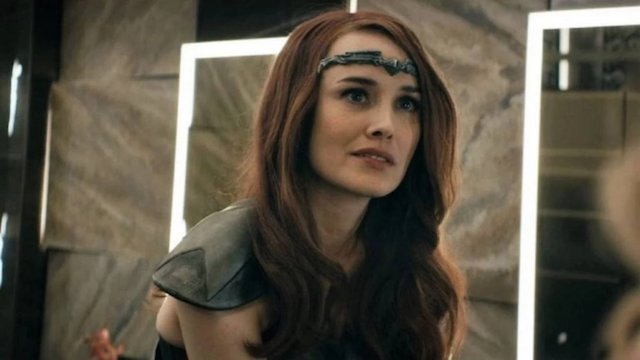 Dominique is an Irish actress, who has starred in Moon (2009) and the RTÉ television series Raw before leaving to film Leap Year (2010).

A-Train travels at a breakneck speed, at least when compared to a regular person. We believe A-Train can go somewhat faster than sound. And cause significant damage, as demonstrated when he accidentally crashes into Hughie’s girlfriend and blows her up.

He is, like Homelander, a little overhyped and hampered by the fact that he lives in a world of muggles. 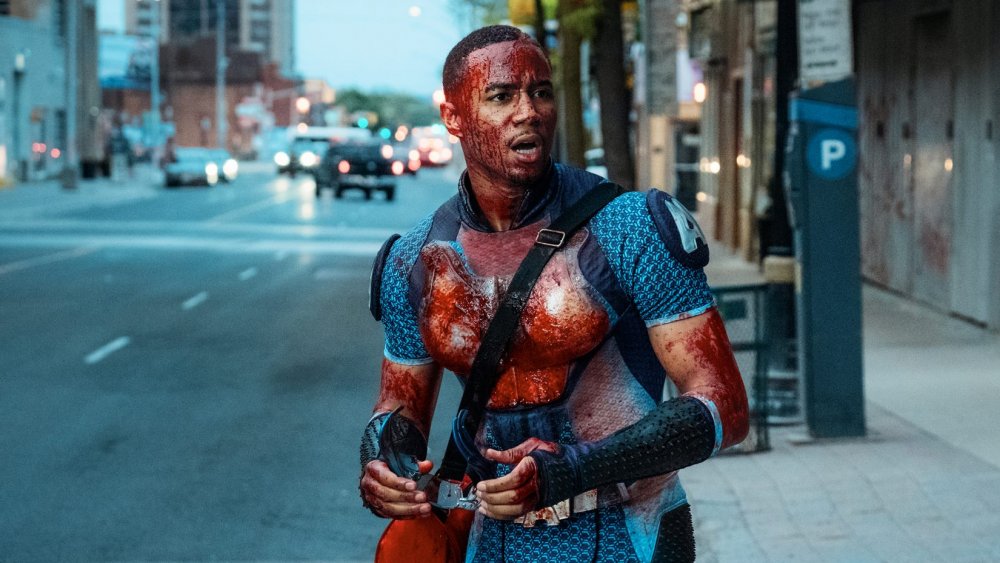 Mother’s Milk is a badass character to watch. Yet he has a soft place for the people he cares about, and his outfits are to die for.

He made appearances in NBC’s The Mysteries Of Laura alongside Debra Messing and Josh Lucas. Starring roles in NBC’s Deception and A&E’s Breakout Kings are among Laz’s many television credits. 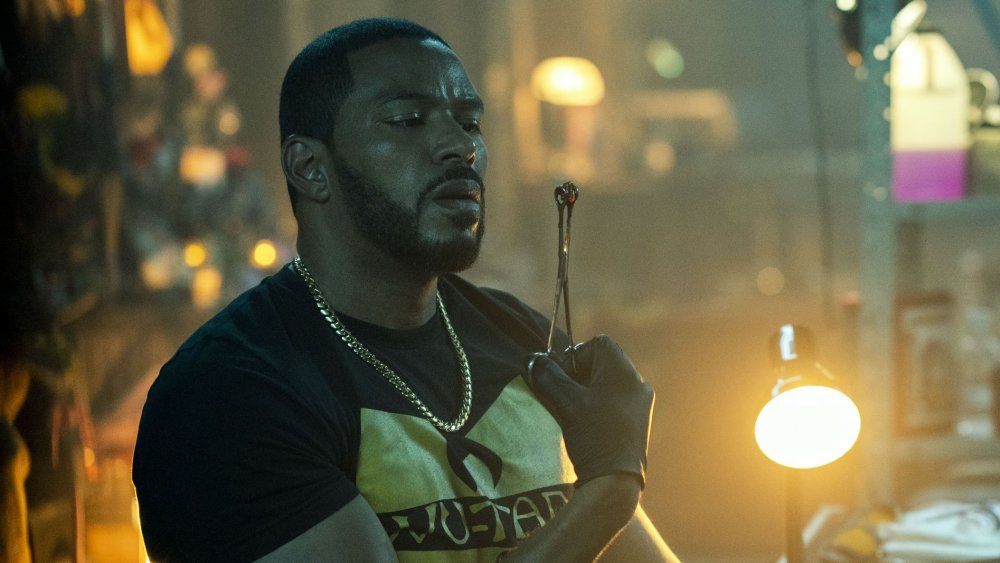 8. Chace Crawford As The Deep

The Deep is more powerful than Aquaman and Namor in the series because we see him breathe underwater. He has some marvelous abilities.

The 35-year-old Texas native transmits humor, melancholy, and dangerously casual threat with piercing verisimilitude, whether he’s sharing a scene with a lobster tank or a sensitive moment with a fellow actor. 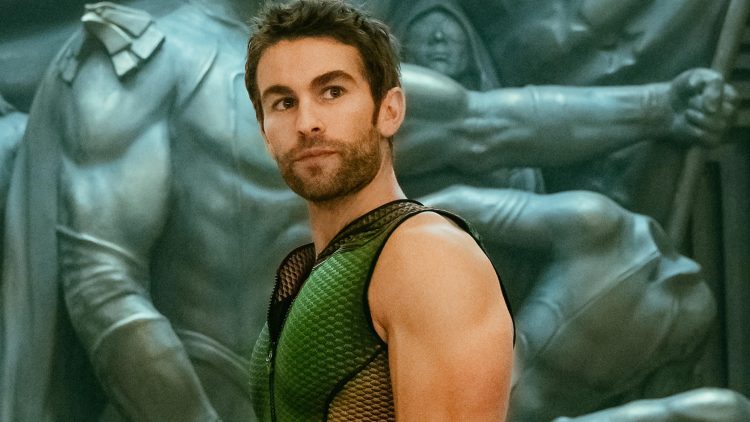 Prepare to catch up with the third season of the boys. It will be the season you’ve never seen before, according to the cast. Also, don’t forget to tell us which superhero is your favorite in the comments area below.