‘The Boys’ gets Renewed for Season 4 at Amazon

A week after The Boys Season 3 premiered on Prime Video, another season has been announced by Amazon for this Emmy-nominated superhero series. This came after season three ended with exploding genitalia and the season gained a 17% increase in viewership. 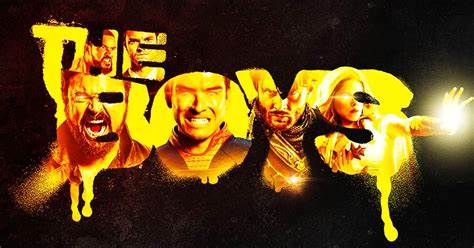 Karl Urban, “The Boys” star previously spill the beans about the news of renewal for another season when he said that he was  “shooting ‘The Boys’ through the end of the year” at Variety’s SXSW Studio which was held on 12th of March. This happened after the wrap-up of the production of season 3 hence the fans already knew that they are getting another season.

“the boys has been renewed for season 4”

Renewal for Another Season: The Reasons

However, on Friday, Amazon officially announced the Season 4 renewal of ‘The Boys.’ it is obvious that a fourth season of the boys was a no-brainer for Amazon as the show which is created by Erick Kripke is centrally placed at the amazon’s multi-series franchise, which also includes an animated spinoff by the name “The Boys Presents: Diabolical.” The spin-off is currently in production and is targeted toward the audience the young college audience.

We're comin' back for Season 4. Til then here's a lil' fourshadowing. pic.twitter.com/5JeKSOvJMb

“There is absolutely the possibility,”  of a second season of the Diabolical as said by Sanders. “We were excited when we launched. We thought there was a two-fold opportunity with Diabolical. One was to get The Boys fans excited about it and get it out early. But we also wanted to see if there was another bite of the apple once the mothership show returned, and we are seeing real engagement and growth of the show there. We’ve definitely had conversations with the producers about what the next instalment would look like.”

The rise in the Viewership

As stated by Amazon itself Over the first three days of its third season, the worldwide audience for ‘The Boys’ has grown by 17% from Season 2, and 234% from Season 1” on the comparable post-launch period across all the 3 seasons of the Sony Pictures Televisions produced show.

One week after exploding genitalia in its Season 3 premiere and increasing viewership by 17% from Season 2’s debut, “The Boys” has been renewed for a fourth season at Amazon. pic.twitter.com/mPAOZU8zte

Though it is important to note that the customer base for Amazon Prime has also increased since ‘The Boys’ Season one premiered back in July 2019 and the soon then the show was nominated for Emmy.

The second season of the show was rolled out every week between September and October in 2020 and the 2nd season witnessed a bump in the viewership for the first three episodes of 3rd season which was released last Friday and this is a strong signal towards the significant growth the show has achieved and will achieve in the future as the fourth season is released.

The Show ‘The Boys’

The Boys is based on the Garth Ennis and Darick Robertson comics, “The Boys” and can be best described as “a fun and irreverent take on what happens when superheroes — who are as popular as celebrities, as influential as politicians and as revered as gods — abuse their superpowers rather than use them for good.”

Yeah acting’s cool, but my real passion’s in being a tour guide who does flips. LOOK AT THIS INCREDIBLE SET! #TheBoys @TheBoysTV #flatironbuilding #ForArv pic.twitter.com/yVixLctdWH

Season 3 of the show highlights how “It’s been a year of calm. Homelander (Antony Starr) is subdued. Butcher (Karl Urban) works for the government, supervised by Hughie (Jack Quaid) of all people. But both men itch to turn this peace and quiet into blood and bone. So when The Boys learn of a mysterious anti-supe weapon, it sends them crashing into the Seven, starting a war, and chasing the legend of the first superhero: Soldier Boy (Jensen Ackles).”

The Cast of ‘The Boys’

Feel like you're part of The Boys this summer in an explosive, mind-blowing immersive experience. Join to help Butcher and the gang get a dose of Temp V before Vought International spreads its unholy shite all over the UK. https://t.co/fbo5DEq7V5 pic.twitter.com/jbOnRe30ip

“Speaking for the cast and crew, we’re so grateful to Sony, Amazon, and most of all the fans for embracing the show and allowing us to make more,” said Kripke. “We’re thrilled to continue Butcher and the Boys’ fight against Homelander and the Seven, as well as comment on the insane world we’re living in. Also, this is the first time in history that exploding genitalia has led to further success.”

Production of the Show

The series is produced by Amazon Studios and Sony Pictures Television alongside Point Grey Pictures, Original Film and Kripke Enterprises.

“From our first conversation with Eric Kripke and the creative team about Season Three of ‘The Boys,’ we knew the show was continuing to get even bolder — an impressive feat considering the wild success of the Emmy-nominated second season,” Vernon Sanders, head of global television, Amazon Studios stated in a remark attending the renewal statement.

#TheBoys has officially been renewed for Season 4 by Prime Video. pic.twitter.com/igzQUdfCnz

“The Boys’ continues to push boundaries in storytelling while also being relentlessly entertaining and threading the needle on social satire that feels all too real. This stylized world of the series has incredible global reach and the viewership for opening weekend is proof of that. We are immensely proud of the cast and crew that has spawned a franchise for Prime Video, and we look forward to bringing more of ‘The Boys’ to our customers.”

Had enough? Too f*ckin' bad, because we'll be back for SEASON 4. pic.twitter.com/6BtMTy1Wq1

Hence we can see how the show for sure deserves another season and Amazon has even gone to the lengths of releasing the data to support this argument and the fans cannot keep their calm.