The 1975’s Matty Healy is making headlines after kissing a fan onstage. The rhythm guitarist was performing at a concert with his band on Friday when he brought a female fan onto the stage and kissed her.

Concertgoers were shocked by the act, with many even worried about whether the woman had given consent before the kiss. Healy is known for his antics during his performances and has been in the news for his bizarre onstage acts in the past few days. 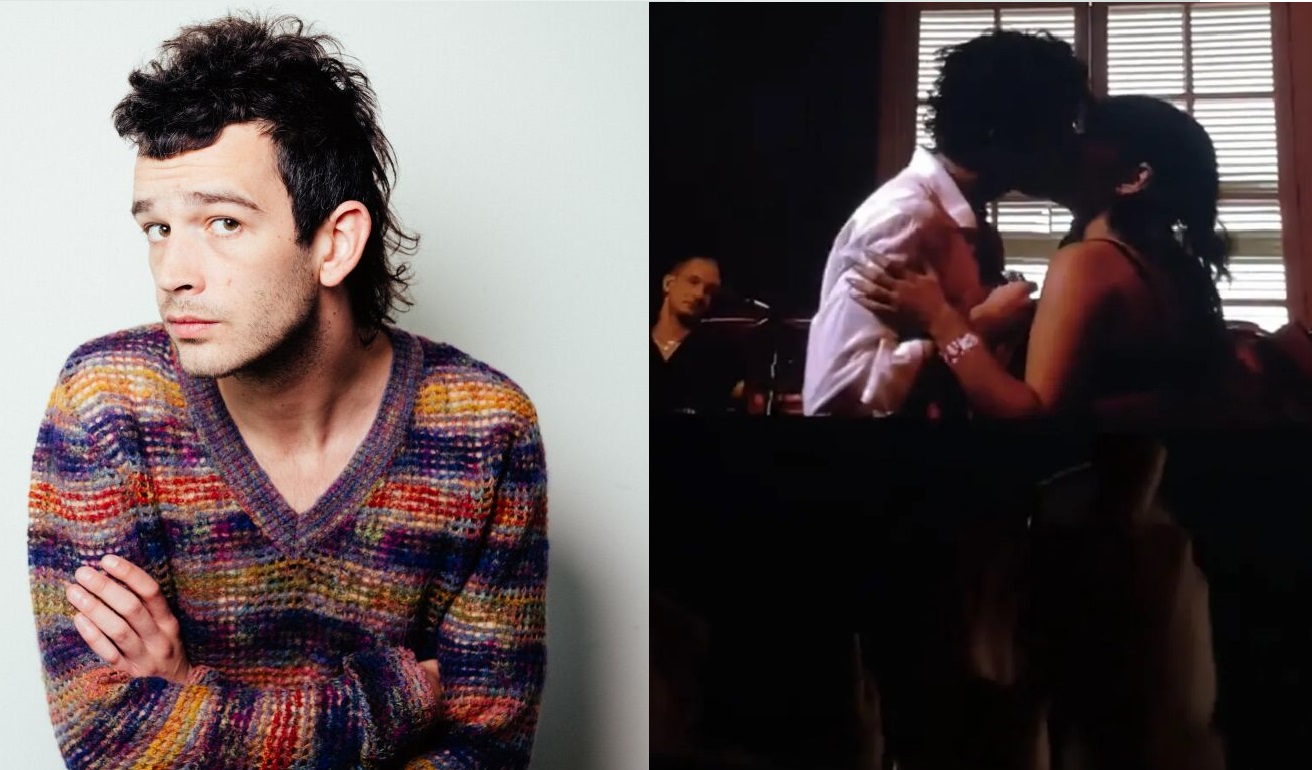 On Friday, The 1975 were performing at their concert in Las Vegas. At one point, Healy was singing their track Robbers when he went to the crowd and pulled a female fan onstage. He started getting cozy with her in front of the audience and planted a kiss on her lips. The lady then kissed him back.

The audience, meanwhile, lost their minds. The clip from the concert is now going viral on social media, with many fans joking that it should have been them kissing the musician. Other social media users were concerned whether the consent of the girl was taken before the act.

Matty Healy kissing a fan on stage during robbers #the1975 pic.twitter.com/upTlRFxzOQ

A girl named Isabella then came out on Twitter, claiming to be the girl Healy kissed, and revealed that the singer did take her permission before going ahead. “On a real note I do want to state some facts before we get any farther,” the girl tweeted.

“i had this on my phone (The Sign of ‘So We Making Out’)because he mentioned at some point “I can only make out with you”. So I did this, he saw it and brought me up, HE ASKED before he kissed me!  Also I’m a grown age of 24,” she added.

On a real note I do want to state some facts before we get any farther, i had this on my phone because he mentioned at some point “I can only make out with you”. So I did this, he saw it and brought me up, HE ASKED before he kissed me!
Also I’m a grown age of 24 pic.twitter.com/d4eP7wNn2o

This isn’t the first time that Healy has made news for kissing an audience member. Three years ago, he kissed a man during his show in Dubai, UAE, where homosexuality is still criminalized. During his gig, he walked up to a fan and asked him if he wanted a kiss.

The two then shared a kiss, and Healy returned to the stage saying, “I love you bro. We’re all human, right?” After the performance, he took to Twitter and wrote, “Thank you Dubai you were so amazing. I don’t think we’ll be allowed back due to my ‘behaviour’ but know that I love you and I wouldn’t have done anything differently given the chance again.” 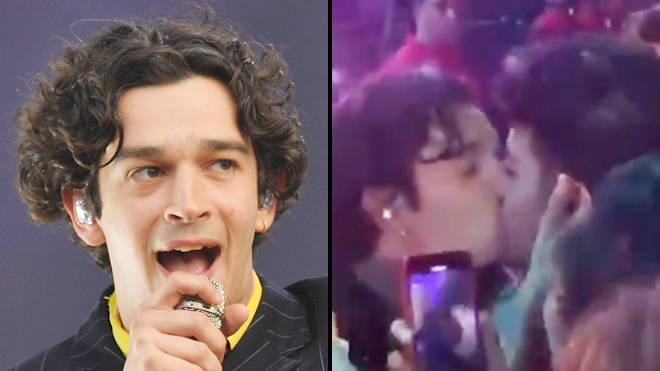 “But who knows maybe they will let me back in let’s just wait and see :)” he added. The singer surely knows how to keep the audience hooked with his bizarre antics. Earlier this month, during his show in Madison Square Garden in NYC, Healy devoured a piece of raw meat on stage.

He ripped his shirt, got on his knees, and started to chew the meat out of nowhere. A week before that, he pulled off another unconventional performance as he unbuttoned himself and started to touch his crotch in a steamy act onstage.

What are your thoughts on the whole incident? Tell us in the comments section.