Amid the record-breaking success of “Midnights”, Taylor Swift faced massive backlash from health professionals for her “Anti-Hero” music video. As a result, Swift removed the controversial “Fat” scene ” after several health professionals and activists dubbed it “fatphobic.” What’s There In Anti-Hero? On one hand, “Midnights” gained record-breaking success since its release on Oct. 21, 2022, and on the other, the 11-time Grammy winner faced massive backlash from one of the songs from her latest album.

The now-edited segment from “Anti-Hero” shows Swift stepping on a scale that called her “fat” instead of displaying a numerical weight. As she looks down at the scale, the 32-year-old sang, “I stare directly at the sun but never in the mirror” before the camera turns towards her, depicting a second version of herself shaking her head no.

After the video was released, activists and health professionals came forward and dubbed it fatphobic. As a result, Taylor had to take down this segment from the video. Swift, who wrote and directed the music video, tweeted last Friday that the visual for the song  “Anti-Hero represented her “nightmare scenarios and intrusive thoughts.”

If you’re not aware, Taylor has previously struggled with an eating disorder and wanted to create a visual description of the nightmares she faced. However, some health professionals couldn’t keep up with her creativity and slammed her by calling the video “fatphobic” and “damaging”. Now, she has scrubbed the scene from the Apple Music version of the video.

What Do The Critics Suggest? After this video was released, several health professionals and activists came forward and accused Taylor of body-shaming.  “Taylor Swift’s music video, where she looks down at the scale where it says ‘fat,’ is a s–tty way to describe her body image struggles. Fat people don’t need to have it reiterated yet again that it’s everyone’s worst nightmare to look like us,” Shira Rosenbluth, a social worker with a specialization in eating disorder treatment, wrote in a tweet.

She added, “Having an eating disorder doesn’t excuse fatphobia. It’s not hard to say, ‘I’m struggling with my body image today’ instead of I’m a fat, disgusting pig.” Another critic wrote, “I saw someone say that she could’ve put ‘not thin enough and I think that would’ve been more in line with what she was trying to get across anyways on top of not being offensive.”

Taylor Swift’s music video, where she looks down at the scale where it says “fat,” is a shitty way to describe her body image struggles. Fat people don’t need to have it reiterated yet again that it’s everyone’s worst nightmare to look like us.

Another fan tweeted, “Lmfao the comment section does not pass the vibe check. It’s understandable that people have ED and see their bodies as ugly, but Fat isn’t a feeling fat is a state of being. When people who have ED say ‘ew gross I feel so fat, I’m ugly’ of course feelings about their bodies are real.”

Well, this controversy seems to have barely any effect on the album’s success. In just one day of sales, “Midnights” became the top-selling album of the year. The album broke Spotify’s record for most streams in a day. Today the top 10 songs on Apple Music and Spotify are from this album. Not only this, but ‘Rolling Stones’ called this album an instant classic in their five-star review, and now this album is on track to sell over one million copies in its first week.

If you’re not aware,  “Midnights” is made of 13 sleepless nights and 13 stories. During her recent appearance on “The Tonight Show”, Taylor revealed that over the years, she has kind of a funny sort of relationship with her fans. “Like they tease me a lot, and I enjoy it,” she added. “One of the things her fans like to make fun of it is “the kind of cryptic needing to plan things out,” she continued.

For instance, her tenth album “Midnights” has created a buzz among fans since its release on Oct. 21. The album’s track, “Bigger Than The Whole Sky” has prompted fans to believe that the 11-times Grammys awardee referenced a “secret miscarriage” in her song. 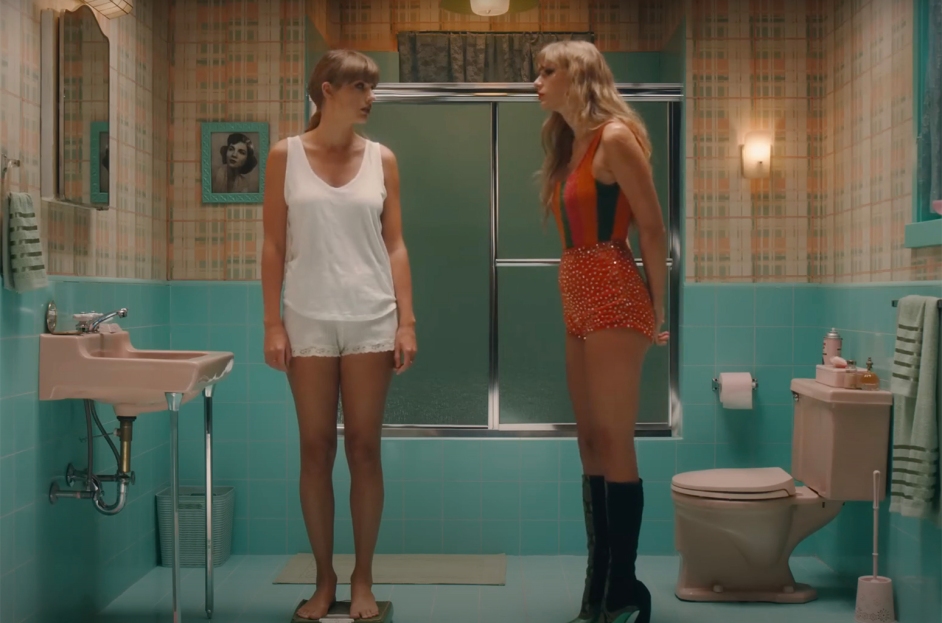 She also explained that “Midnights” is a concept record, “but it’s the first autobiographical album in a while, because the last album that I put out was a rerecord of my album “Red”, so that has some space.” She continued, “I wrote that stuff a decade ago, “Folklore” and “Evermore”, it was like story time, like a mythology, like I’m creating a character.”

In her 2020 documentary “Miss Americana,” Swift said unflattering pictures and unkind comments about her figure would sometimes “trigger me to just starve a little bit – just stop eating.” Taylor’s got her own creative ways to make music, and “Midnights” is just one of the finest pieces to date

As for the recent song, Do you think Taylor meant any harm to anyone? Well, I don’t think so. Her video is a beautiful expression of what she’s been through and has nothing to do with others. While people talk about nightmares all the time, it appears that they can’t face them. Taylor shouldn’t have removed the segment! What do you think?