Taylor Swift has finally responded to the chaos that Swifties underwent while purchasing the “Eras” tour tickets, and the star has mixed feelings. While she is happy that over 2.5 million tickets got sold in a day, she feels sorry for fans who went through several “bear attacks” to get them. Read on to know what Taylor has to say to her fans. 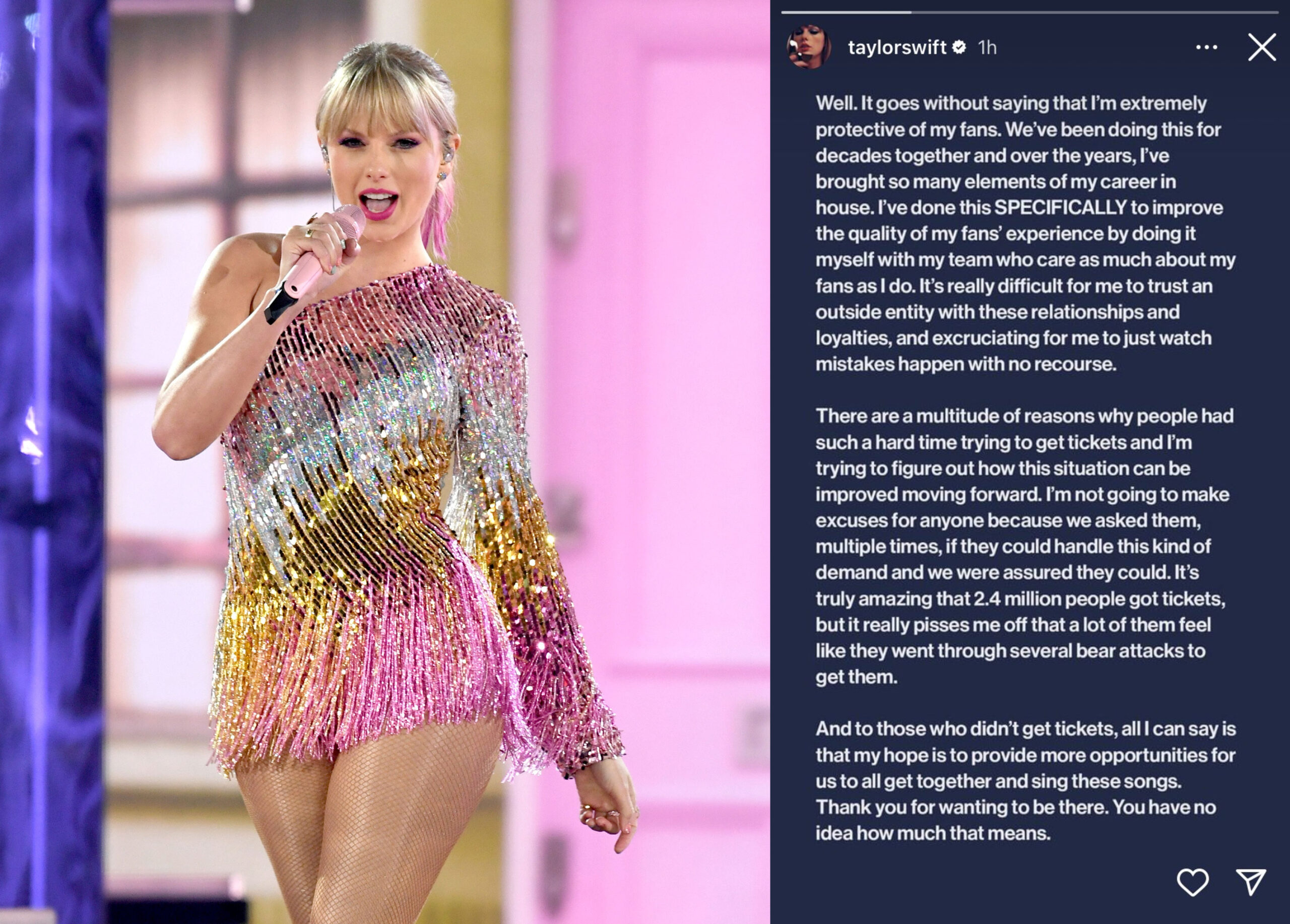 Taylor Swift Is Protective Of Her Fans… 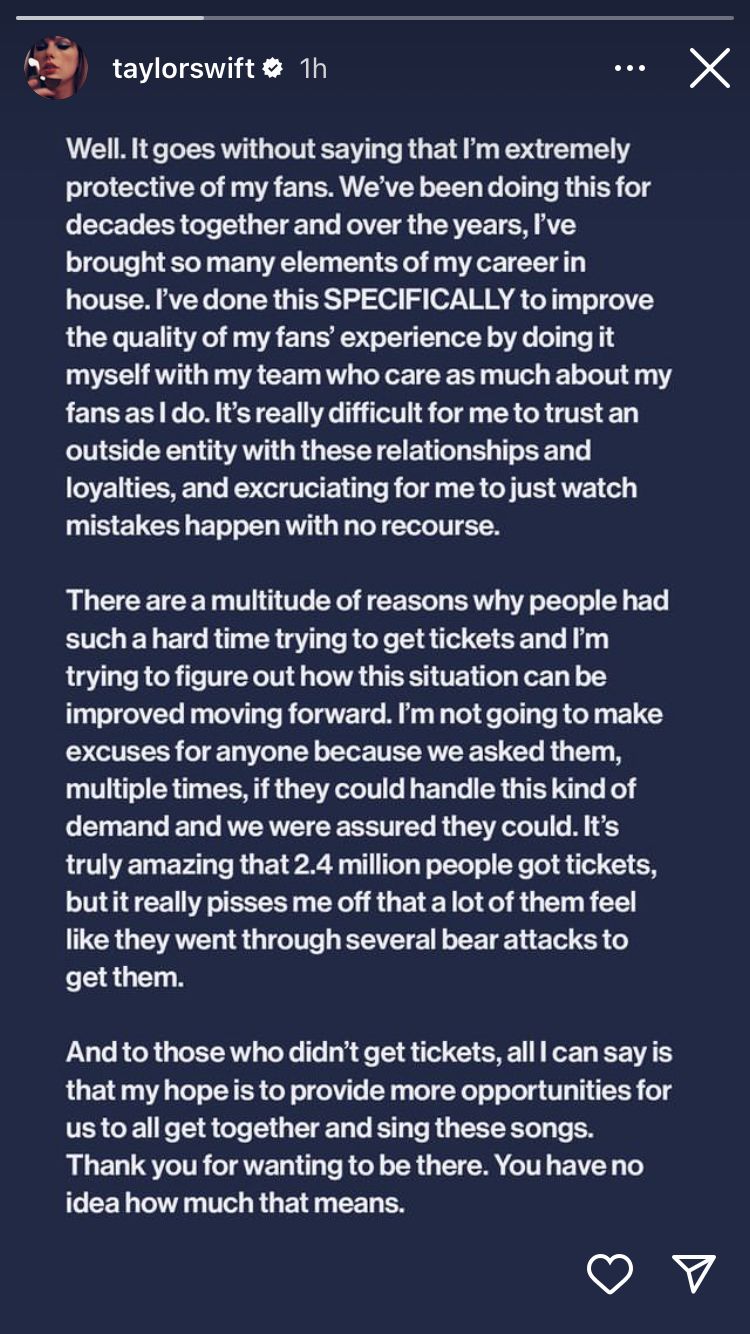 Taylor Swift has finally broken the silence over the trouble Swifties had to face while purchasing “Eras Tour” tickets on Ticketmaster. The 11-times Grammy-Award winner is touring after a long hiatus of over 5 years, and it’s understandable how much this tour means to her fans.

The “Midnights” artist has posted an Instagram story in her response to the situation. Taylor wrote, “Well. It goes without saying that I am extremely protective of my fans. We’ve been doing this together for decades together and over the years. I’ve bought so many elements of my career in the house.”

She further explained that she’s done it “SPECIFICALLY” to improve the quality of her “fans’ experience” by personally taking charge along with her team “who cares as much about my fans as I do”. She expressed that it’s difficult for her to trust an outsider with such relationships and loyalties, and at the same time, it is “excruciating for her to watch
mistakes happen with no recourse”.

Taylor further explained, “There is a multitude of reasons why people had such a hard time trying to get tickets and I’m trying to figure out how this situation can be improved moving forward,” she wrote. “I’m not going to make excuses for anyone because we asked them multiple times if they could handle this kind of demand and we were assured they could.”

In her Instagram story, Taylor added that it was “truly amazing” that 2.4 million people got tickets. “But it really pisses me off that a lot of them feel like they went through several bear attacks to get them,” she wrote.

In the end, Taylor concluded that she feels sorry for those who couldn’t get the “Eras tour tickets and she hopes to provide more opportunities for them to get together and “sing these songs”. She ended her statement, “Thank you for wanting to be there. You have no idea how much that means”. According to Ticketmaster, over 2 million tickets for Taylor Swift’s Eras Tour were sold on Tuesday (Nov. 15), breaking the record for most single-day sales. This became a major reason for the site to crash over 5000 times on the pre-sale day. The company blamed the chaos on “massive demand” for Swift tickets.

As a result of an “unprecedented demand” for “Eras Tour” tickets, Ticketmaster cancelled the sale of general tickets and issued a heart-breaking statement on Thursday (Nov, 17). The ticketing company stated that a “planned general sale for all other customers has been cancelled”. At the same time, it also mentioned that over 2 million tickets were sold through the company’s Verified presale on Tuesday (Nov. 15), breaking all records.

Swifties went through some real trouble as Ticketmaster faced major technical issues after a massive surge in demand for presale tickets. The site crashed almost 5000 times, and several fans had to spend long hours in the online waiting room. If you did not get a ticket then, sadly, the chance is gone. 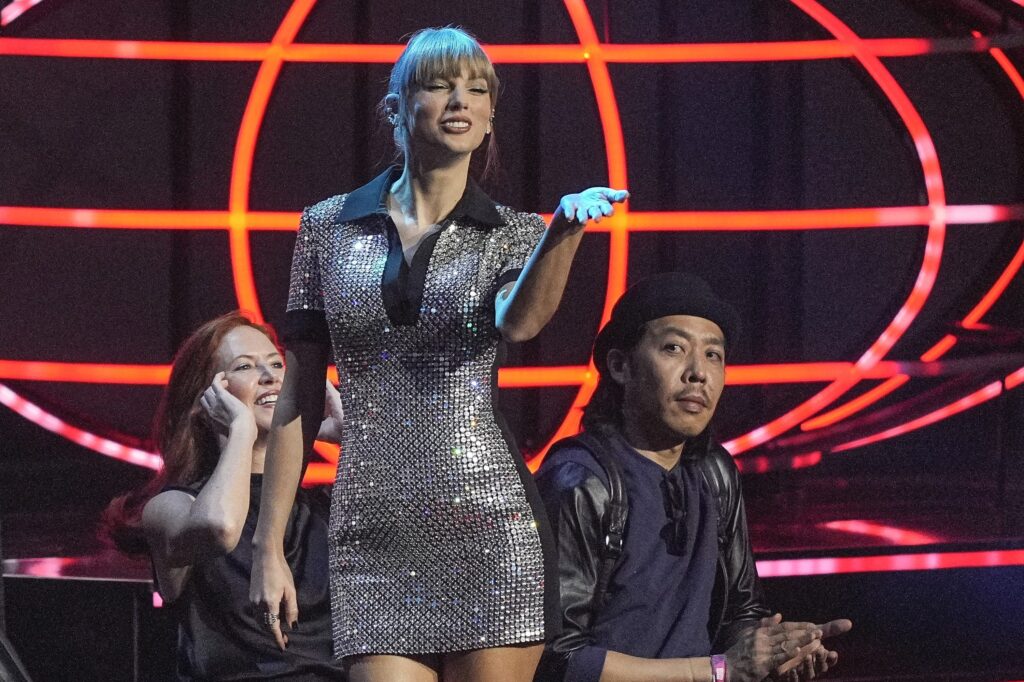 Those who spent time in online waiting rooms stormed social media after facing massive issues with the presale ticket process for Taylor Swift’s Eras Tour. Some said they have been waiting “in line” for nearly four hours and still haven’t had the chance to choose tickets.

One fan tweeted, “Sitting in a paused queue for over 2 hours for Taylor Swift Eras Tour tickets is my villain origin story.” Usual $60 ‘nosebleed seats’ are reportedly being resold for $700. One fan reported that the resale ticket was priced at $33,750. This means that those holding the tickets have taken due advantage of this crash and the “unprecedented” demand” for Taylor Swift.

The “Eras” tour begins on March 18, 2023, at Glendale, AZ, which is the same venue for her last “Reputation” tour in 2018. The tour will consist of 52 concerts. While 2.4 million fans would be watching their favourite star live after a long time, others will have to wait until her next concert. What do you think about her response?