First Grammy for SZA, should we celebrate?

SZA, the New Jersey singer took her first grammy award home on Sunday. Quite a night.

The pop superstars, Doja Cat and SZA brought the grammy award home for “Kiss Me More.” The category for which they claimed the awards were Best Pop Duo/Group Performance.

Doja was extremely grateful to SZA as she said, “SZA, you are everything to me. … You are the epitome of talent. You’re a lyricist. You’re everything.” 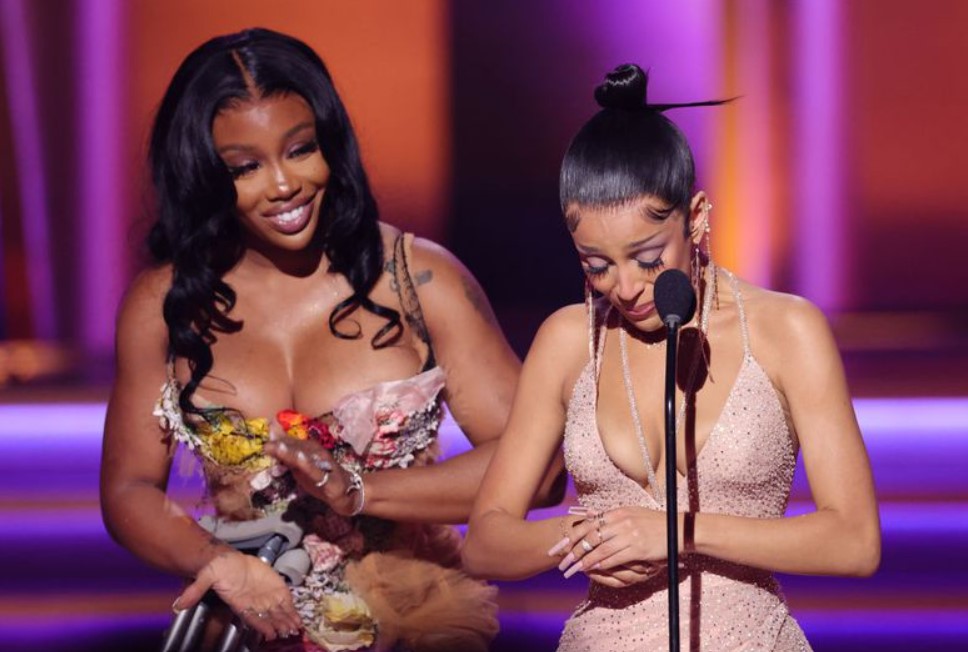 On Red Carpet, conveying her notion Doja spoke that she is to perform with “The Weeknd” on their forthcoming tour.

“I have never taken such a fast piss in my whole life,” said Doja while receiving the award as she apparently went on a bathroom break five minutes before her name was announced.

Doja Cat took the time she needed to process the win.

Doja also shared the stage with SZA who further said,

Going to the prior moment before the speech actually happened, the girls spent some time giggling and making everyone laugh with what they did. 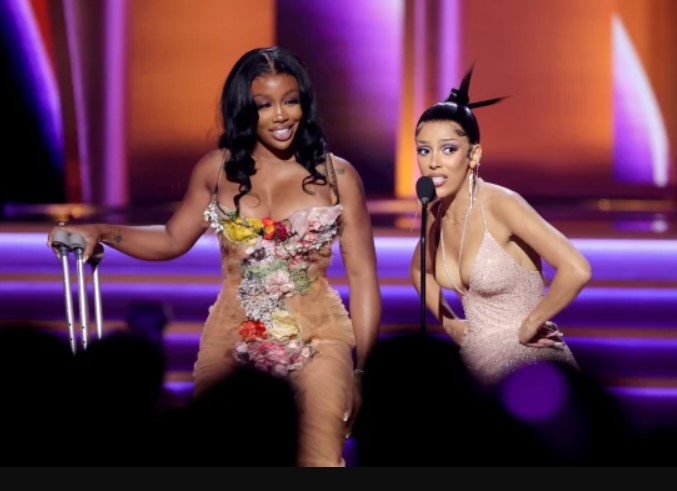 Doja rushed to the stage after her name was announced as the winner of Best Pop Duo or Group Performance.

“You went to the bathroom for like five minutes, are you serious?”, SZA laughed.

Doja Cat’s Kiss Me More featuring SZA song gained the limelight ever since its release.

Doja’s Album “Planet Her” was a hit and Kiss Me More is a song that resides on the album. In addition to being a superhit, the song bagged spot 3 on Billboard Hot 100.

For SZA, this was her first single that has made so much claim after “I Hate U” and “All The Stars.”

SZA grew up in Maplewood as Solána Rowe. Apart from being nominated for ”Kiss Me More” as Best Pop Duo/Group Performance, she was also nominated for Record of the Year and Song of the year.

That wasn’t the end of it for SZA who also was on the list of nominees for Best R&B Sunday night for “Good Days.”

SZA holds 14 Grammy nominations throughout her career. Her debut movie “Ctrl” was released in 2017 and got her nominated in 4 categories. On the other hand, Doja Cat aka Amala Ratna Zandile Dlamini also got nominated for the best new artist in 2021. In 2022, she was nominated for eight categories. 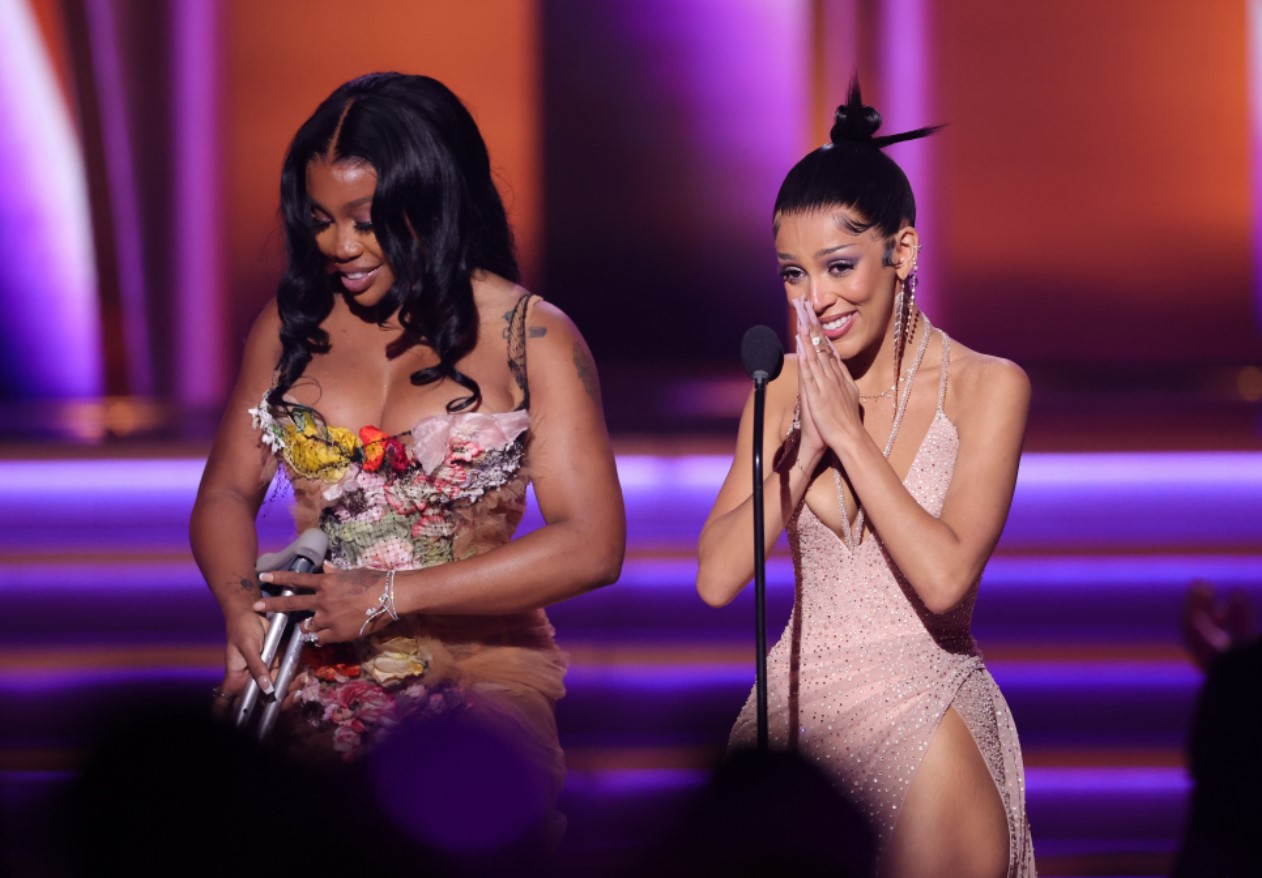 The Grammy awards were quite a pleasant award function for the duo. Doja Cat was extremely emotional while receiving the award.

They also were extremely grateful for winning the award. Watch the best duo performers as they received the awards.