Another masterpiece of Makoto Shinkai’s, Suzume has broken another record in the Japanese film industry. The film hit the theatres in Japan on November 11, 2022. Since then, it is breaking records one after another.

How Suzume is Doing in Japan?

Shinkai’s Suzume no Tojimari earned around 12.488 billion yen before Monday. In the US currency, the sum is around $97.13 million. On record, the movie has already sold over 9,398,000 tickets.

Right now, the film is ranking 2 even in its long 10th weekend. Suzume has now moved up to the 25th highest-grossing film in Japan’s film history. On the other hand, the film has overtaken Studio Ghibli’s The Wind Rises by becoming the 10th highest-grossing anime film of all time in Japan.

After releasing on November 11 of last year, Suzume no Tojimari opened by selling 1.33 million tickets. The film ended up earning 1.88 billion yen in just the first three days. This is around $13.49 million in the U.S.

The Crew of Suzume 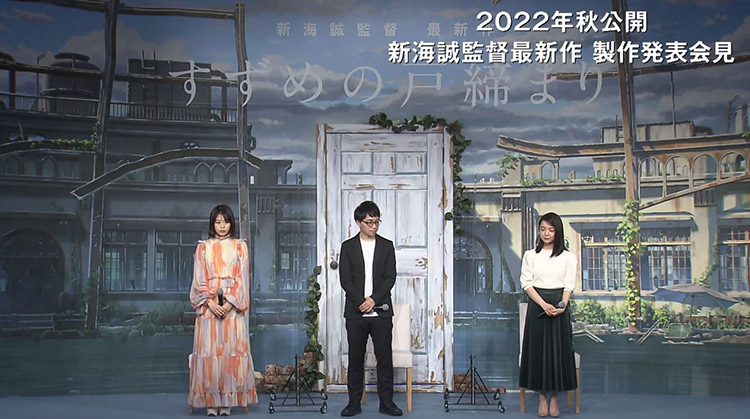 Suzume is directed and written by Shinkai, and he also wrote the screenplay of the film. Shinkai wrote the story during the lockdown and the peak of the pandemic period. The film came under the production of CoMix Wave Films and Story Inc. TOHO has all the distributing rights to the anime film. The amazing theme song of the film was the joint effort of RADWIMPS and TikTok star Taoka.

What Is the Film About?

The film’s official synopsis suggests: “Suzume, a 17-year-old girl who lives in a quiet town in Kyushu, meets a young man on a journey “looking for doors.” Suzume follows him to a ruin to a dilapidated building in the mountains and finds a free-standing, undisturbed door t as if “it” alone were saved from devastation. Suzume feels drawn by an invisible power and reaches out to the door – Soon, doors all over Japan start opening one after another. The doors that opened must be closed to shut out calamity that lies on the other side. -Stars, sunset, and the morning sky. The places she wanders into have a sky where all hours of the day seem to blend together- Beckoned by the mysterious doors, Suzume’s “journey of closing doors” begins.”

The Cast of Suzume

The leading cast of this great anime film follows:

As reports suggest, the film will be available on Netflix for an OTT release. But it may change in accordance with regions. As the film is not been globally released, we cannot confirm if Suzume is part of Shinkai’s shared universe like The Garden of Words, Your Name, and Weathering With You. But the records in Japan suggest that this film will be another masterpiece of Makoto Shinkai again.