The 43rd season of “Survivor” is already on the way, considerably sooner than spectators originally anticipated. The season is scheduled to premiere on CBS and Global on September 21, 2022.

Like the previous two seasons, Survivor 43 is a shortened season, ranging only 26 days. The cast, which included 18 new players divided into the tribes of Baka, Coco, and Vesi, was revealed on August 31, 2022.

The upcoming list of contestants who are set to show up as the audience is rather captivated. Let’s explore all the knowledge we have about them.

The 18 castaways range in age from 19 to 52, and their varied and interesting occupations are also incredibly fascinating.

The official description reads, “These determined castaways require strong social skills, strategic acumen, and physical endurance. They will be divided into three tribes of six and face a faster, more extreme season from the moment they step on the beach.

The moral dilemmas and unpredictable situations will test even the strongest competitor, as food is scarce, rewards and supplies are minimal, and the mental and physical challenges require players to make impossible decisions and adjust their strategies every day. 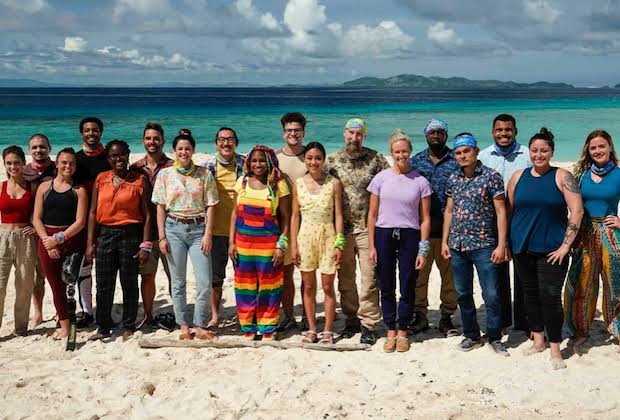 The individuals competing are from “diverse backgrounds and bring a fresh perspective to this new era of the game, with the same ultimate goal: to outwit, outplay and outlast. And in the end, only one will remain to claim the title of Sole Survivor and win the $1 million prize.”

Cody is from Honolulu, Hawaii. He’s 35 years old. He is working through an elevator and escalator company as a sales executive. Cody is eager to try out new things. In Hawaii, he actually found a place to call home, and he adores it there. Cody states that he is “going for it.” He’s going to play the game as himself. 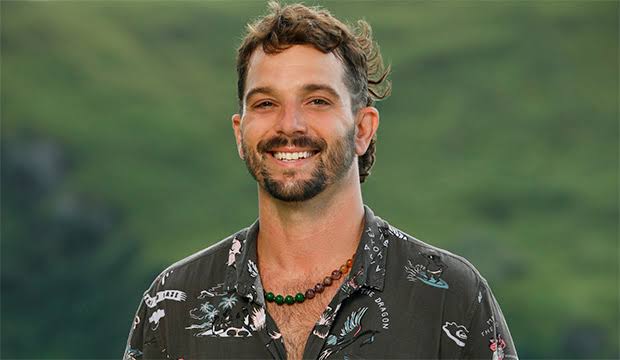 She’s from Austin, Texas, and 26 years old. She is an artist and a recent college graduate. Cassidy believes that now is the ideal time and opportunity for her to compete on Survivor because she is young and fit.

She hasn’t really begun her career yet, so this is where she wants the rest of her life to begin. “And I’m going to win,” Cassidy says. She is absolutely sure of this because she has “the universe” on her edge. Her spirit animal is a fox, which is mischievous and clever, and her name Cassidy means clever and Irish, as well as tricksters, especially master manipulators. 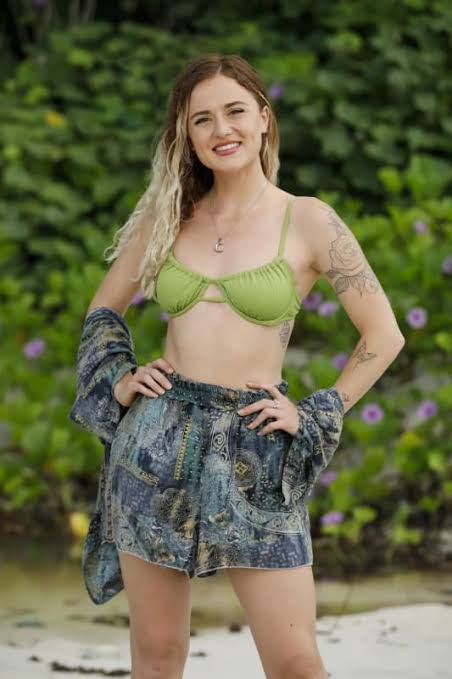 Dwight is 22 years old and a graduate student. He lives in Collierville, Tennessee. Dwight claims to be “resting” right now. He came here with all of his energy and effort put into this game. He wants to go out there and play his game without fear. 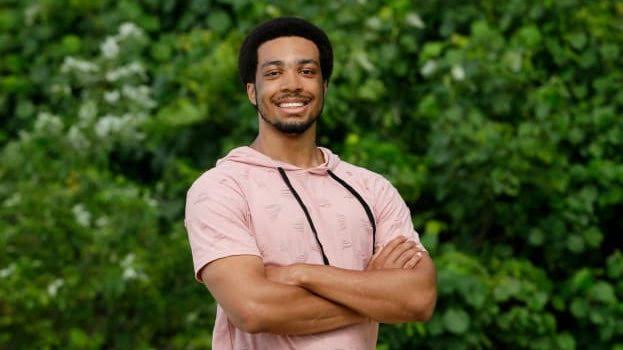 She is currently in Salt Lake City, Utah. Elisabeth is a clinical psychologist who is 31 years old. As a psychologist, she has to think on her feet all the time, which she claims to believe will assist her in the game because a significant portion of what she does is have folks talk about their trauma and the most devastating day of their existence.

She intends to interact in a social game.’ She has been actually engrossed with ‘Survivor.’ According to her, it’s not just a competition, it’s a vessel for growth and transformation. 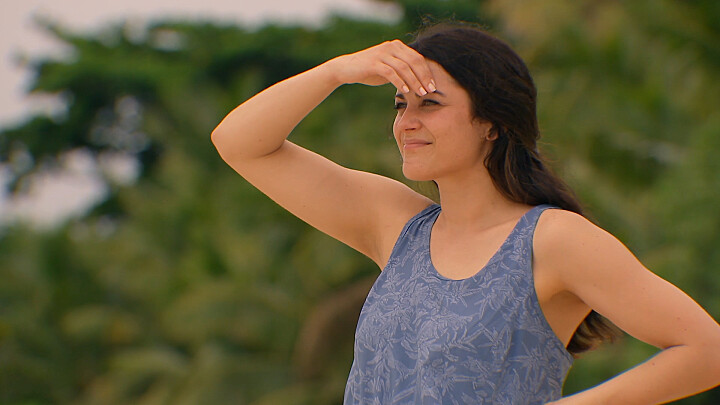 Geo, a project manager from Honolulu, Hawaii, is here to kick the ball. He believes that experiencing a completely different culture in the United States will be a ‘benefit’ for him because he believes people will underestimate him, but he’s here to ‘play the game at the end of the day.’ 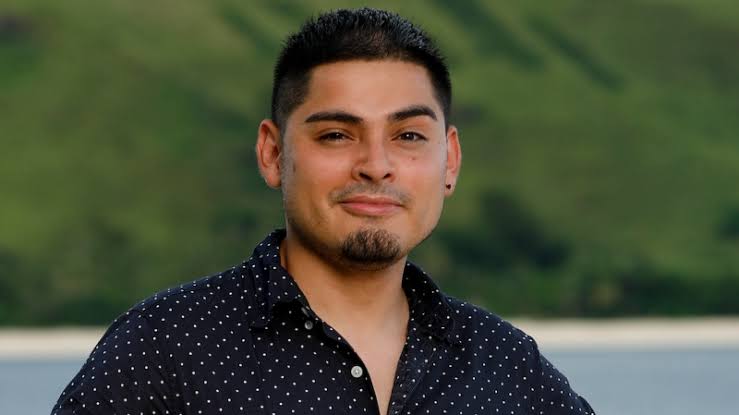 James is 37 years old and lives in Philadelphia, Pennsylvania. He works as an Event Planner. He grew up playing Shines and won the US Open by reading the bracket. James feels like a fish out of water in a wide range of environments, and every single social structure will fare well in the game. He’s willing to ‘get out there.’

The more information he obtains and the greater the chaos, he believes, is ‘better for him,’ and he acknowledges that this will ‘prove’ who he is. 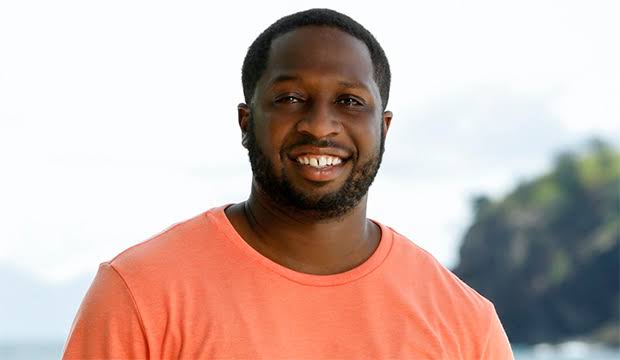 A 24-year-old individual currently residing in San Francisco, California. She’s actually a UX designer. She thinks that being a first-generation immigrant will benefit her in this game because she inherited her dad’s grit. She’s ready for what survivors heading to be.

She understands that she must begin at the bottom and work her way up. And she believes that many people will blunder her for an ‘intellectual.’ She is overjoyed and describes herself as a “baby seeing the world for the first time.” 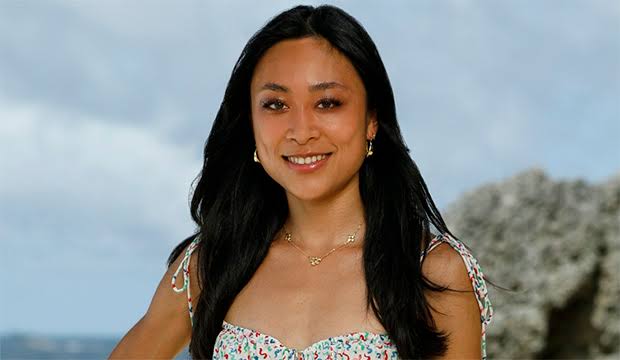 Jesse is 30 years old and lives in Durham, North Carolina. He holds a Ph.D. in political science. He basically studied how people always sort of like everything for 6 years.

Jesse has studied and explored all of it. He knows he’ll have doubts here as well. But he’s not frightened. He believes he has been extremely fortunate in life, and he has also been able to capitalize on that good fortune. And if he sees an opportunity here and strikes it lucky, he’ll go all in. 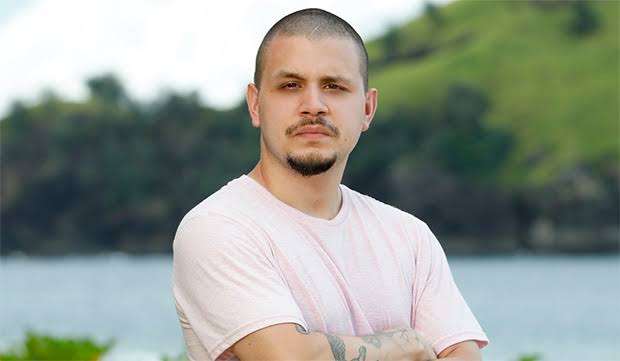 She is 29 years old, lives in Marina Del Rey, California, and works in Cyber Security Sales. There’s more to her whilst meets the eye. On weekends, she grew up racing dirt bikes with her dad.

And she has been working in a male-dominated industry for a long time. She’s also used to being the only female on her team. She fully expects people to underestimate her, and this is part of her strategy.’

She wants everyone to think she doesn’t want to get her hands dirty, but as someone who has been an athlete her entire life, she is quite competitive. Justine intends to remain low-key for a while before revealing herself as a Dark Horse at the end. 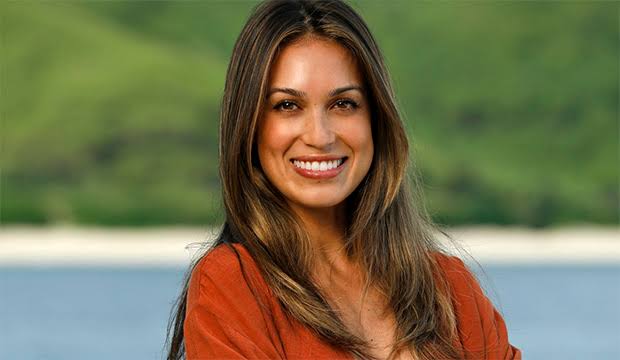 Karla, who is 28 years old and lives in Newark, Delaware, comes next. She is a project manager for educational institutions. Having to survive in real life is undoubtedly what she is expecting from being on this show. She may look you in the eyes and lie, and she may even cheat because that is how life has always been. 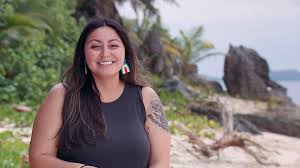 A 42-year-old woman from Greensboro, North Carolina. She works as a registered nurse. She’s a caregiver, and it’s absorbed every aspect of her life. She describes herself as a “good mom, a good wife, and a good friend.”

To be a successful nurse, she must be able to thrive in chaos. And she hopes to use those abilities to win the game of Survivor. And she thinks that because she is one of the older players, people will underestimate her.

But she’s eager to come out here and take chances. Risks she is unable to take in her daily life. And when she gets to the final three, the advice will be the one thing she remembers. 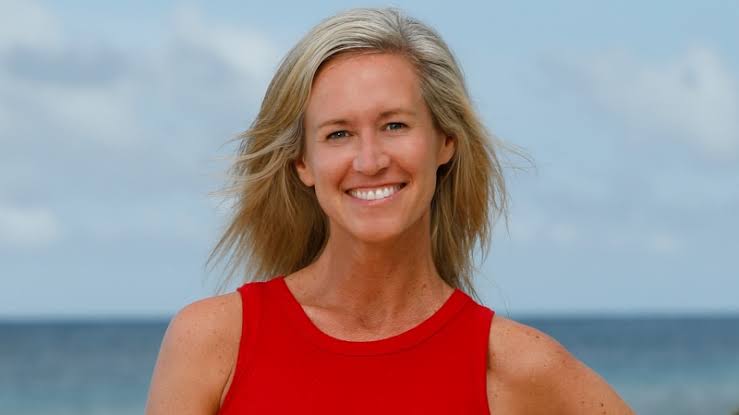 “When you’re in the last mile of a marathon, are you going to speed up or slow down?” her father advised her. So she’ll make certain that if she crosses the finish line, she does so speedily.

Mike is 52 years old and from Houston, Texas. You’ll be surprised to learn that he’s a heart valve specialist. Working in the operating room under high stress, he believes, is the best way to prepare for the game of Survivor.

He has spent the last 20 years in the operating room. He believes he will be perceived as a “pretty intimidating guy with a heart of gold” based on first impressions. And he genuinely cares about people. However, at the end of the day, you must be ruthless. And he’s ready to take everyone out one by one while smiling. 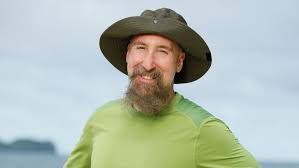 We have a teacher too at the game and she’s 28 years old from Philadelphia, Pa. Being a middle school teacher sets up her for survivor because she has to reassure preteens that it’s enjoyable to sing & dance.

Because she has a strong social game, her opponents will perceive her as a threat. Her superpower is to kick with Color and punch them with Joy. And she doesn’t care if anyone is having a terrible day because she’s going to make everyone cheerful and she’s also here to have great times. She’s coming to play, to change the game, and to win. 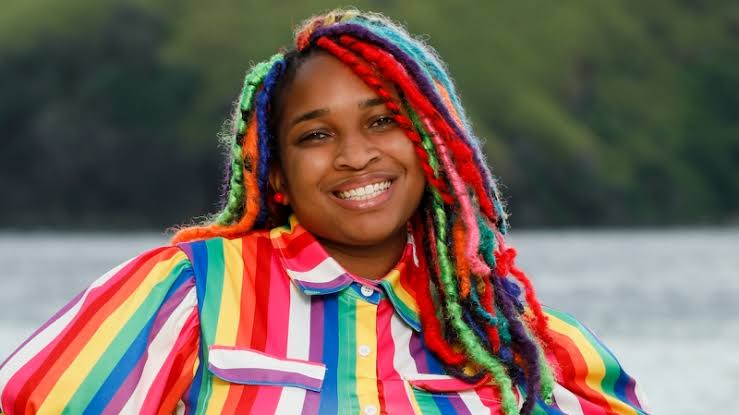 A lady of 43 years old from Weatherford, Texas. She works as a pharmacist. She’ll have to draw on all of her life’s experiences, all 42 years of them, to play this game, and Survivor is all about leveraging strength.

She is a terrible liar who cannot cheat. Nneka believes she would not have come if she didn’t believe she could win. 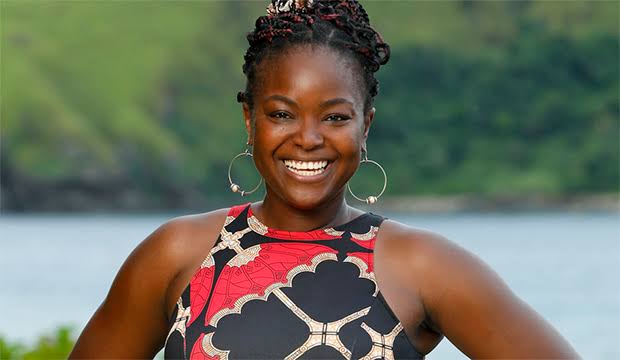 Noelle is 25 and currently residing in Manchester, N.H. She was a three-sport varsity athlete prior to the game of Survivor. She was a standout performer. Then she was in an accident that caused her to lose her left leg above the knee, but she returned to the lacrosse field a year later.

She decided to try a sport she had never tried before after scoring on the field. She doesn’t want people to see her as broken; instead, she wants them to be inspired and motivated by her. For Noelle, being here is a dream come true. She is convinced that she will triumph. 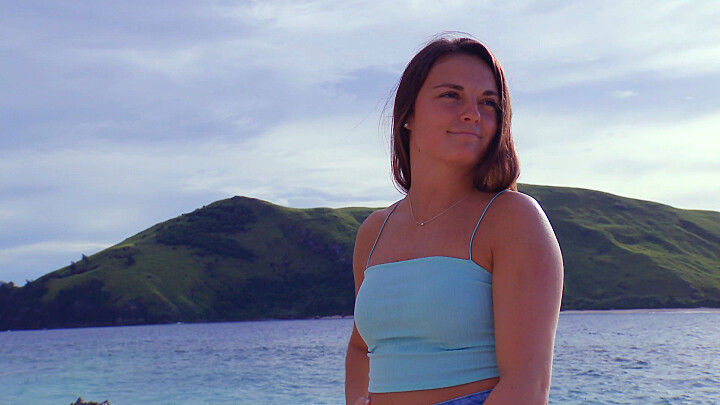 Owen is 30 years old and lives in New Orleans. He works as a college admissions director. He was born in Korea and adopted when he was four years old. ‘Survivor’ means a lot to him because he used to watch it with his family every week as a kid.

He used to daydream about seeing his name in the opening credits. He’s been preparing for this for quite some time. He’s not entirely sure how people will perceive him. And being here means a lot. 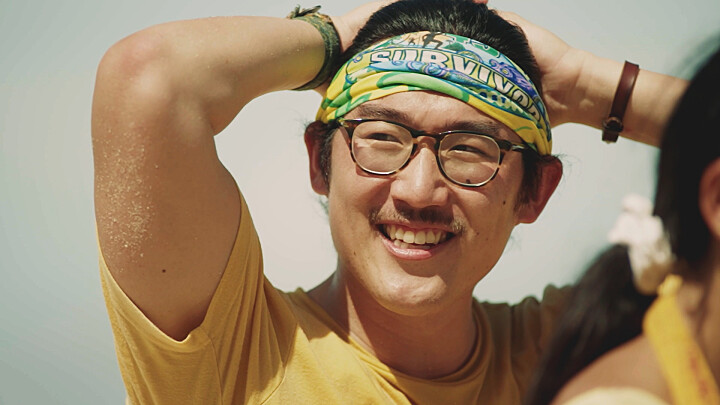 A 25-year-old Savannah Warehouse Associate currently residing in El Paso. He also does personal training. He believes he has what it takes to be the lone survivor. Ryan’s life has been filled with ups and downs.

Learning people by their facial expressions allows you to predict what will happen next. In the game, he believes he will be able to read people really well and tell whether or not they are lying. 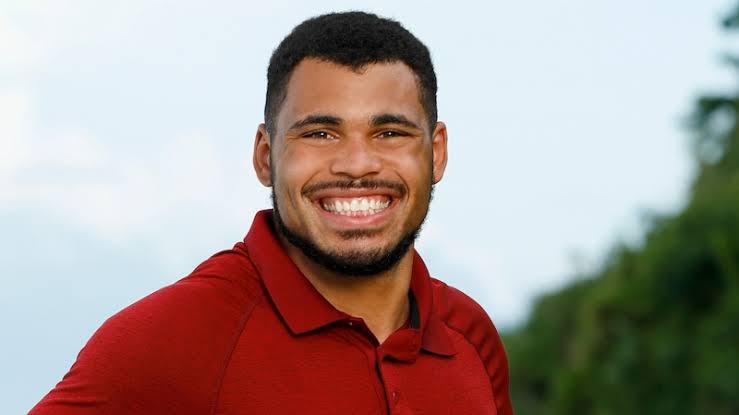 Last but not least, we have Sami, the youngest contestant at 19 years old. He’s originally from Las Vegas. He works as a pet cremator. He is looking forward to this once-in-a-lifetime opportunity out here at such a young age.

Sami is confident that he will become the youngest Survivor winner ever. He has what it takes to outwit, outplay, and outlast everyone else. 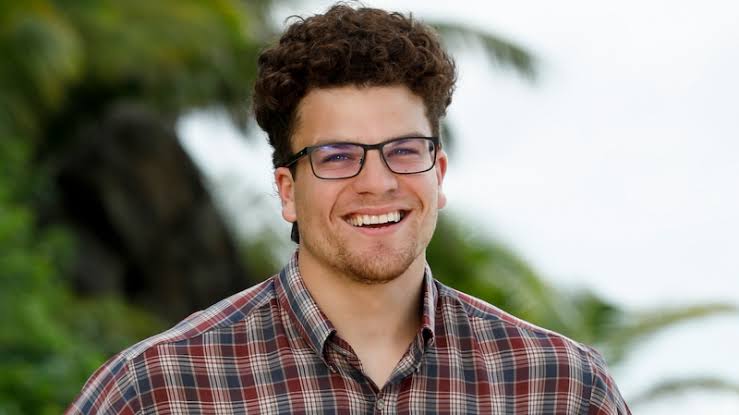 What are your thoughts on these upcoming contestants? You’re welcome to stay tuned with us for more updates.