Stephen Amell is officially a dad of two now! The Arrow star and his wife, actress Cassandra Jean, have welcomed their second child into the world. Read further to know more about the pair’s second baby. As per the reports of TMZ, the pair welcomed their second child, a baby boy last month. Stephen and Cassandra named their newborn son Bowen. Up until now, more details about the baby have been kept under wraps.

According to the media outlet, the couple has welcomed their second baby Bowen via surrogate. Amell and his wife Cassandra are already proud parents to a daughter named Maverick Alexandra Jean Amell. Their daughter came into the world in the year 2013. The nickname of their baby girl is Mavi. The pair confirmed that they are expecting their first child during an interview with a publication. In June of 2013,  Stephen shared the great news in an interaction with ET Canada.

Around the time, The Flash star said, “I’m excited — no, I’m not excited, I’m very excited! I’m sure that nervous energy will accompany that eventually but only in a positive way.” Nearly a month later, he told Us Weekly at MuchMusic Video Awards, “I defer all questions about our fetus to the one that’s cooking the kid — and she’s not here.”

When did Stephen and Cassandra get married?

The couple met each other for the first time in 2011. Stephen and Cassandra got hitched twice. At first, the two of them tied the knot secretly on December 25, 2012, in a private ceremony in the Caribbean and they exchanged their vows for a second time in New Orleans on May 26, 2013.

At that time, Stephen took to his Twitter to share the great news with his fans all over the world. He tweeted,  “Feeling pretty lucky today,” alongside a photo from the nuptials. How was Stephen’s experience working with his wife on-screen?

To date, Stephen and Cassandra have worked together many times. She starred in the American superhero television series Arrow in 2018 and later on, she directed her husband in the short film trilogy Speech & Debate alongside their mutual friend Aisha Tyler.

During an interview with Entertainment Tonight in December 2018, Stephen talked about working with his wife. Cassandra made a guest appearance on Arrow during the franchise’s annual crossover event. He said, “It was great. She didn’t need a trailer, which was exciting. She had a really good time. I think she did a good job.” 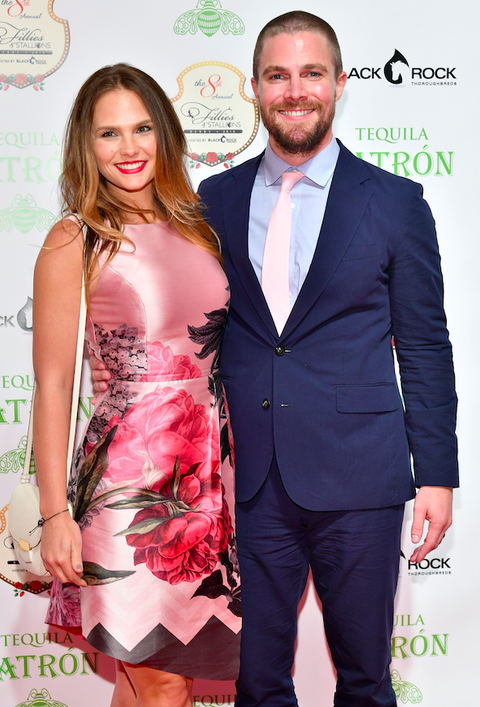 In March of 2019, the When Calls My Heart actor revealed that he had decided to quit Arrow after a total of eight seasons to spend more time with his family. He went on to say,  “A large part of this decision is because I’m now a father and a husband and a lot of my life and interests don’t really reside in Vancouver anymore and thinking that’s the best thing for me personally and professionally.”

We send our heartiest congrats to both Stephen Amell and his wife Cassandra Jean on the newest addition to their clan. Sending heaps of love to their little bundle of joy. Don’t forget to stay tuned with us for the latest updates from the world of showbiz.