Marvel movies are the hottest thing in Hollywood right now, with Doctor Stranger and the Multiverse of Madness smashing records and Thor” Love and Thunder just waiting around the corner to break box office records and rule all over the Hollywood, Marvel Cinematic Universe has successfully landed themselves in people’s heart of all ages. 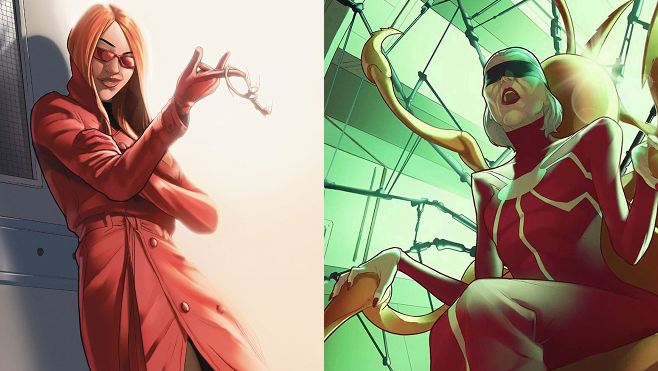 Adding another wing in the Marvel Cinematic Universe, Madame Web builds speculations of carrying the torch into a new Spider Man era. The MCU is expanding its webs, don’t fool yourself by thinking it’s going to be another Tom Holland starrer Spider Man 4 (maybe, it could happen) but this is not about a Spider “Man”.

Marvel is taking over the superhero industry once more by ensuring that women are not left out of their stories. They’re starting by releasing a film with a female led spin off, “Madame Web”. Here’s everything you need to know including the star studded cast.

Rahim has an impressive CV of engaging complicated characters with films such as his recent Golden Globe-nominated turn as Mohamedou Ould Salahi in the legal drama The Mauritanian. As announced by the network Sony’s first female superhero film Madame Web has onboarded another exceptional actor, Tahar Rahim who is joining the cast with Dakota Johnson and Sydney Sweeney.

The highly anticipated film is building a lot of excitement as fans are losing their minds imagining Dakota as a superhero.

The network Sony has not revealed any details regarding Tahar’s role in the film but looking at his impressive work in recent times, we’re sure going to be surprised by his energy and killer performance.

Madame Web: What’s the film about?

According to the comic, Madame Web is portrayed as an elderly woman with a weakness for myasthenia gravis and was thus connected to a life-support system that looked like a spider web. Due to her age and medical condition, she never actively fought any villains. Although, she did help Spider Man in preventing an assassination of a certain political monger.

There has been speculation that Sony’s latest Marvel project may turn into something big and miraculous.

When is Madame Web releasing?

The first female superhero film from Sony is all geared up to have a theatrical release worldwide on July 7th, 2023. Madame Web will mark the fifth film from Sony’s Spider Man Universe.

Madame Web: Who’s all in the Cast? With Dakota Johnson leading the film as the first female superhero in the Spider Man Universe, the film is also bringing Euphoriabrakout star, Sydney Sweeney alongside Isabella Merced and Celeste O’ Connor. The latest addition has been The Serpent himself, Tahar Rahim. The film is directed by S.J Clarkson.

Here you go! This is all we have to update you on the upcoming Madame Web.