More details about ‘Heart of Stone’

The movie will be directed by Tom Harper who is well known for the show ‘Peaky Blinders’. He is also set to direct another romantic film titled ‘Forever’.

Greg Rucka and Allison Schroeder have worked together on the script of the film. Rucka is a comic book writer who made her debut with Netflix’s ‘The Old Guard’ in the year 2020. On the other hand, Allison has penned the scrips for movies like ‘Hidden Figures’ and ‘Christopher Robin’. It seems like this movie is going to be a spy film. Mockingbird’s Bonnie Curtis and Julie Lynn and Pilot Wave’s Gadot and Jaron Varsano will join hands with Skydance’s David Ellison, Dana Goldberg, and Don Granger to produce the film.

Harper, Rucka, and Patty Whitcher will essay the role of executive producers for the upcoming project. As of now, not much has not been disclosed about the plot of the show.

When did Sophie come into the limelight?

Okonedo entered the world of showbiz with a movie called ‘Young Soul Rebels’ in the year 1991. After that, she appeared in ‘Ace Ventura: When Nature Calls’ in 1995 and then Stephen Frears’s ‘Dirty Pretty Things’ in 2002. Her breakthrough performance came in 2004 when she appeared in the film ‘Hotel Rwanda’ opposite Don Cheadle. She played the character of Tatiana Rusesabagina in the film. Don Cheadle played the role of her husband in the movie.

She made her Broadway debut with ‘A Raisin in the Sun’ alongside Denzel Washington, in 2014. She portrayed the role of Ruth Younger.

At the moment, the 53-year-old has one daughter named Aoife Martin. Okonedo welcomed her baby girl in June 1997. She shares her daughter with her former partner Eoin Martin. He is an Irish film editor by profession. She has been single all her life, to date, she has not tied the know with anyone. 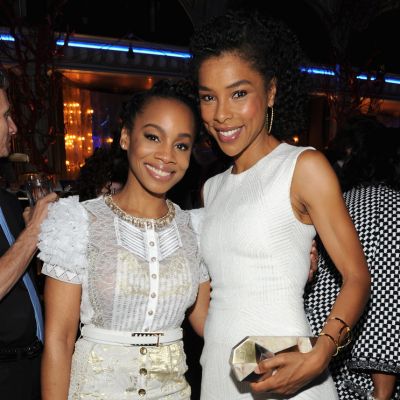 In which films have Okonedo starred in before?

No one can stop this powerhouse of talent from shining on the screen. She has starred in a couple of amazing films such as ‘Death On The Nile’, ‘Hotel Rwanda’, ‘The Secret Life of Bees’, ‘Wanderlust’, ‘Tsunami: The Aftermath’, ‘Raymond and Ray’ and many more. She has done some great work in Prime Video’s ‘Flack’ and Netflix’s psychological thriller, ‘Ratched’.

She also voiced a character in the Animated series ‘Scream of the Shalka’. Apart from this that she has been a part of some great shows like ‘Criminal Justice’, Mrs. Mandela’, ‘His Dark Materials’, ‘Modern Love’, ‘The Hollow Crown’ and ‘The Wheel of Time’. Recently, Okonedo appeared on the big screen in Kenneth Branagh’s ‘Death on the Nile’.

Sophie is represented by CAA and Hamilton Hoddell. We can’t wait and hold our excitement to see what Tom Harper has in store for us. It seems like this project would be really interesting. Stay tuned for the latest updates.