Shenseea Takes To Instagram To Display Her Soccer Skills

Shenseea, a Jamaican singer and dancehall artist, is not only known for her skills as a dancehall singer, but she has much more to offer.

It was recently posted to the artist’s Instagram account, a video where she is demonstrating some of her soccer skills. 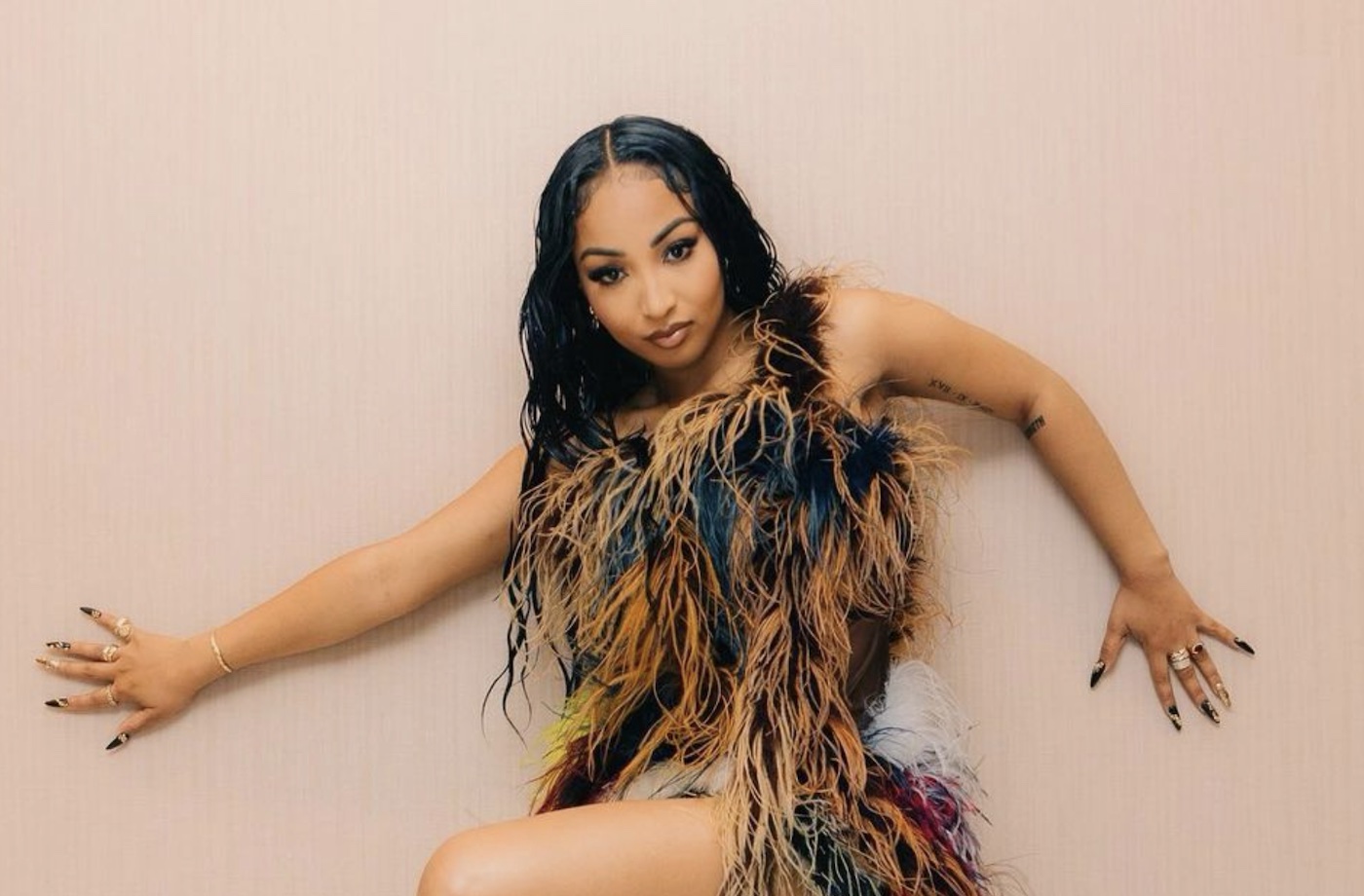 A Few Soccer Skills Have Been Added To Her Repertoire

The dancehall artist Shenseea is a well-known name in the music industry. However, she has other skills besides her dancing abilities, including some soccer skills. She has posted a video on her Instagram account showing some of the movements she makes while working on some social media projects. This video shows her high-kicking the ball with her knees, and she has some of the skills at a reasonable level, as evidenced by her kicks in the video.

“I counted 20” was the caption she used for the post. This star is immensely enjoying the moment while showing off her excellent skills that are very different from what she usually does in her profession.

After Announcing She Is Single, Shenseea Shows Off Her Toned Abs

Shenseea showed off her washboard abs after announcing that she had separated from her husband. Recently, the Jamaican singer has been sending cryptic messages to her fans, leading many to speculate that she and her rumored boyfriend, producer London On Da Track, have split up.

It was spotted earlier this year that Shenseea was holding hands with London at the Super Bowl Halftime Show, and the actress later denied that she was dating the producer. However, despite her denials, she and London remain linked to each other, and it appears that the Grammy-winning producer’s baby mother, Eboni, has confirmed the relationship. 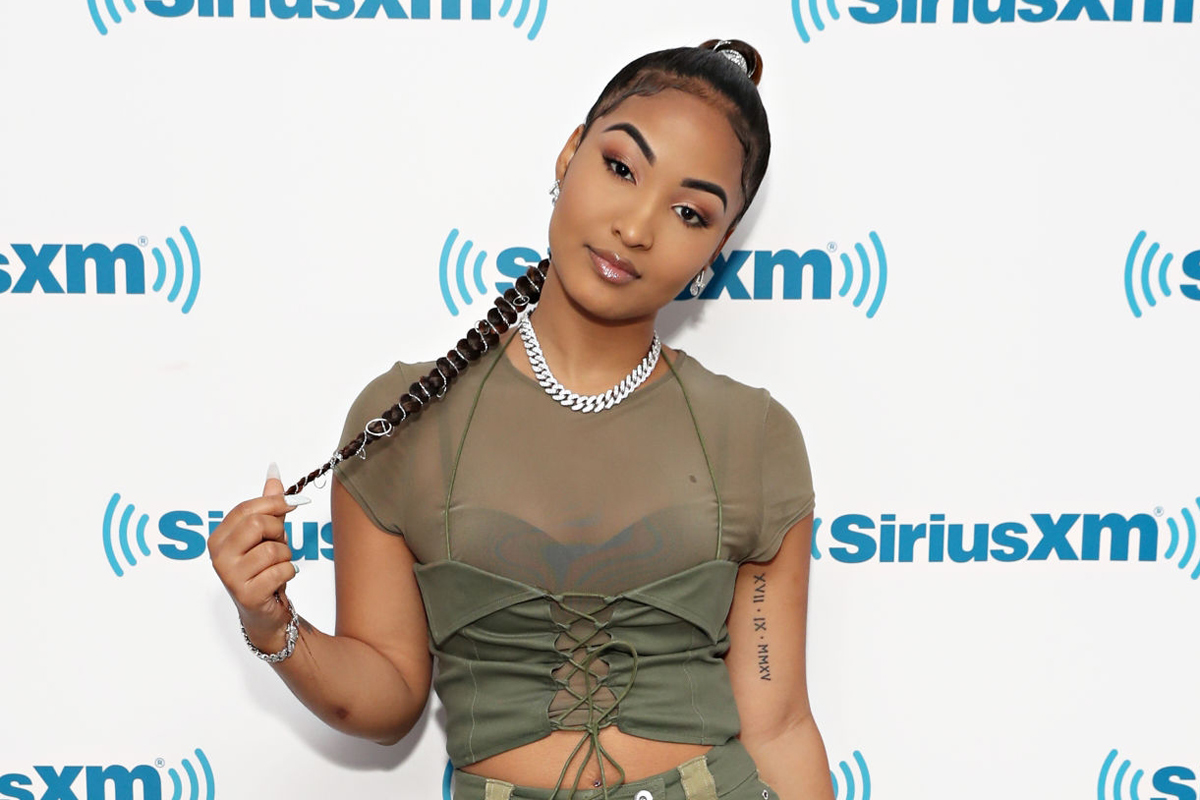 There was also a mention of Shenseea’s status as a single in an Instagram Story that appeared on her account. “I’m single because I’m not settling,” she said. There is no direct response from London to Shenseea’s tweets, but fans also wonder if London was expressing an opinion about Shenseea’s personal life in those tweets.

Shenseea looks stunning in a denim outfit with a mini skirt, jacket, and knee-high boots, and she shared a few pictures of herself. She wore a worn denim jacket that was unbuttoned to show off her toned abdomen. Another photo showed her slipping into a swimsuit on the beach in another image.

Born Chinsea Lin Lee in Mandeville, Jamaica, Shenseea Lee is the product of Jamaican and Korean parents. She is the firstborn child of her mother. In her childhood, she traveled between Kingston and St. Elizabeth regularly to spend time with her family. After she finished her education, she got a job working as a promo girl in Jamaican clubs after her education.

Then, she came across a new album called Rockstar by Lemuel Samuel. Then, a few years ago, Shenseea received her first recognition on the dancehall scene with her remix of Vybz Kartel’s song “Loodi.” As a result of that remix, she earned a spot on the Reggae Sumfest side stage in 2015. It was a massive achievement for such a young artist to make the main stage at such a large festival two years later, a feat unusual for her age. 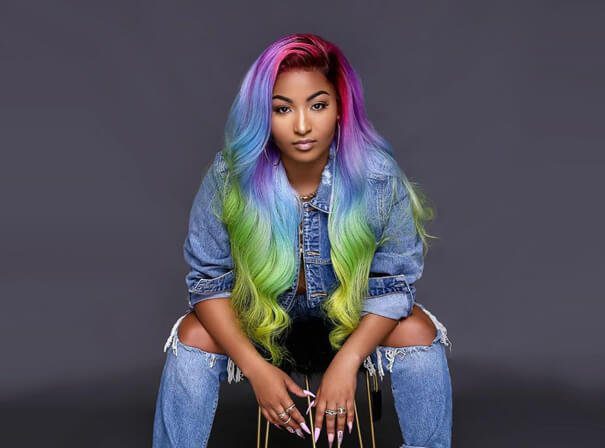 Despite Shenseea’s popularity on the Jamaican dancehall scene, she has also worked with some of the most sought-after pop artists worldwide. On the album Liberation by Christina Aguilera, she debuted the song “Right Moves,” which she subsequently performed on Tyga’s single “Blessed” in 2019 after she signed with Interscope Records.

The most famous work she has been associated with is that of Kanye West. During West’s infamous Donda concert in Chicago, she appeared on stage with West and was featured on the song “Pure Souls,” which she recorded as part of his Donda project.

As a soccer player, she has pretty good skills. If you were to rate her soccer skills, what would you say? Comment below and let us know what you think.