The “Queen of Latin Music” appeared on the Tonight Show for Jimmy Fallon’s “Watch It Once TikTok Challenge”. The audience went bonkers as Shakira stepped on the show while Jimmy challenged her to take turns perfecting popular TikTok dances after watching them just one time. 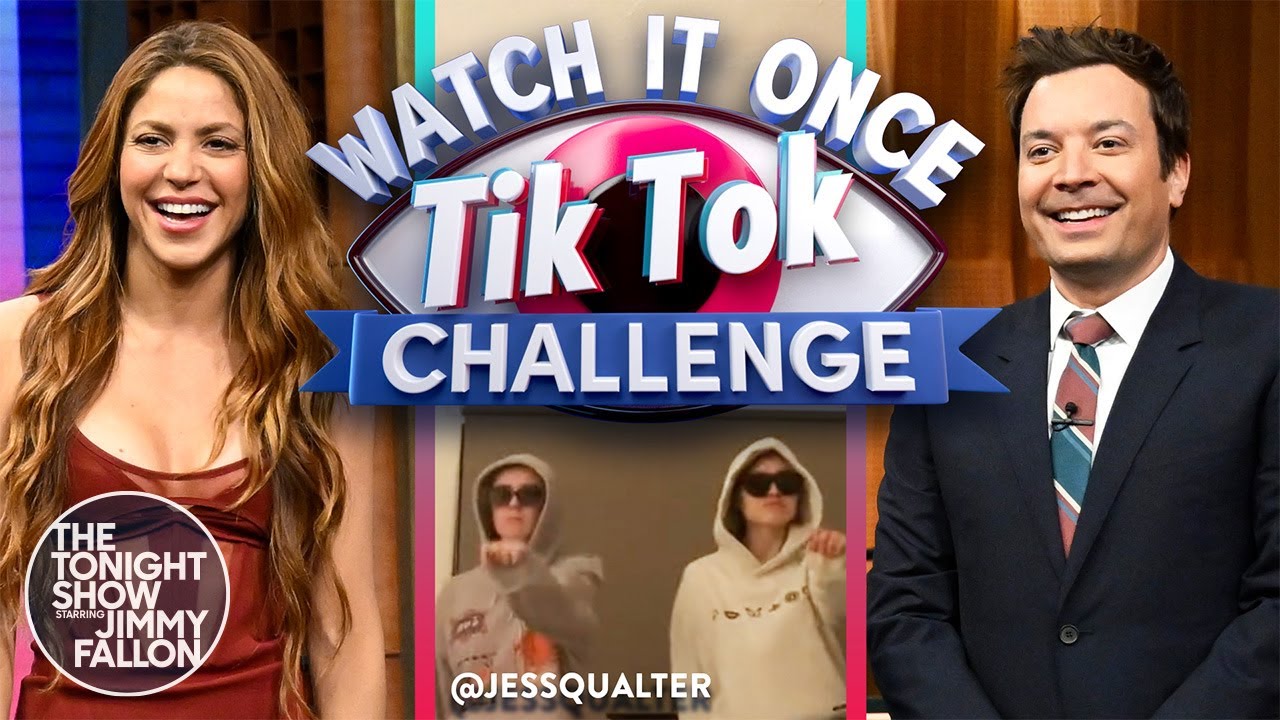 Jimmy Fallon took to the stage to welcome Shakira and explained to her the rules related to the TikTok challenge. He said, “Shakira and I are gonna watch a TikTok dance once, okay? He emphasised the fact that they only get to see the dance once and have to pick up the moves. 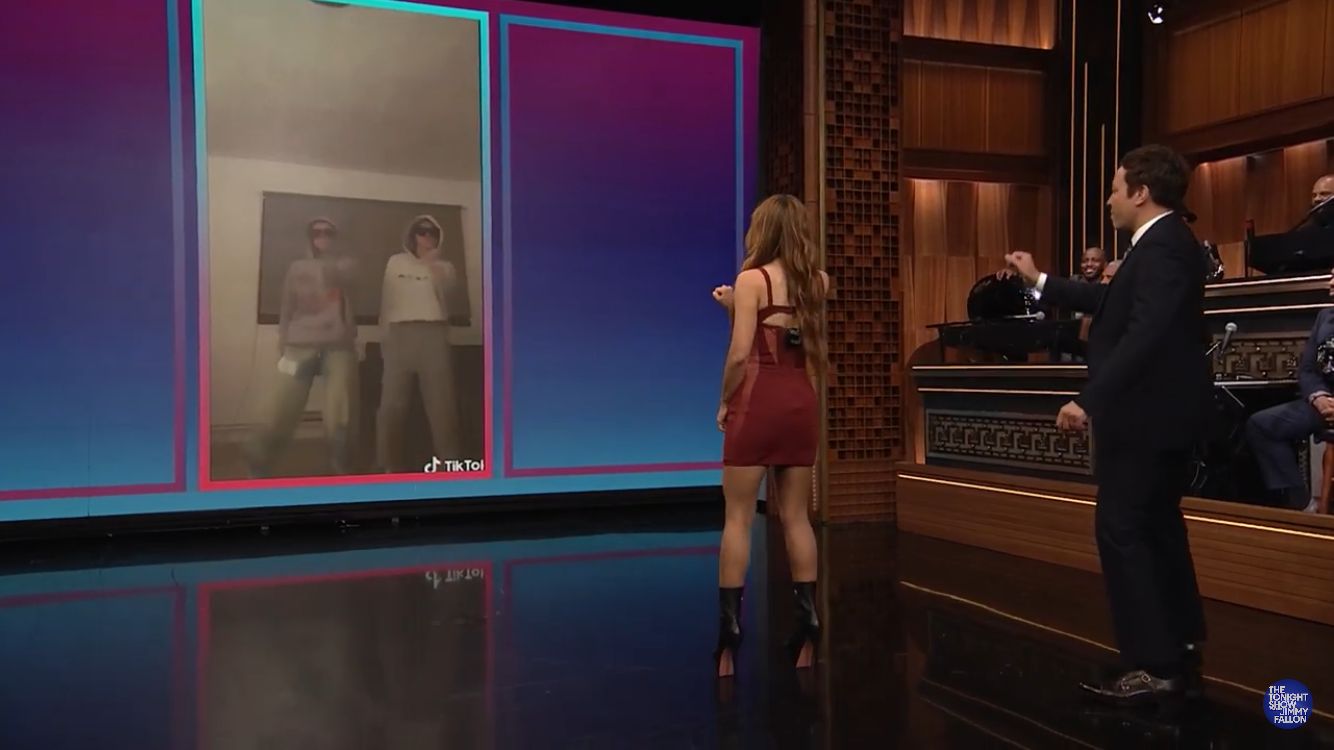 Fallon stated that the two have to do their best to re-create it and whoever’s moves are closest to the original wins the game. Shakira joked, “And who’s gonna win?” Fallon replied, “Hello, who’s show is this?” Shakira humbly responded, “Never underestimate your enemy, so I know I have to be careful.” 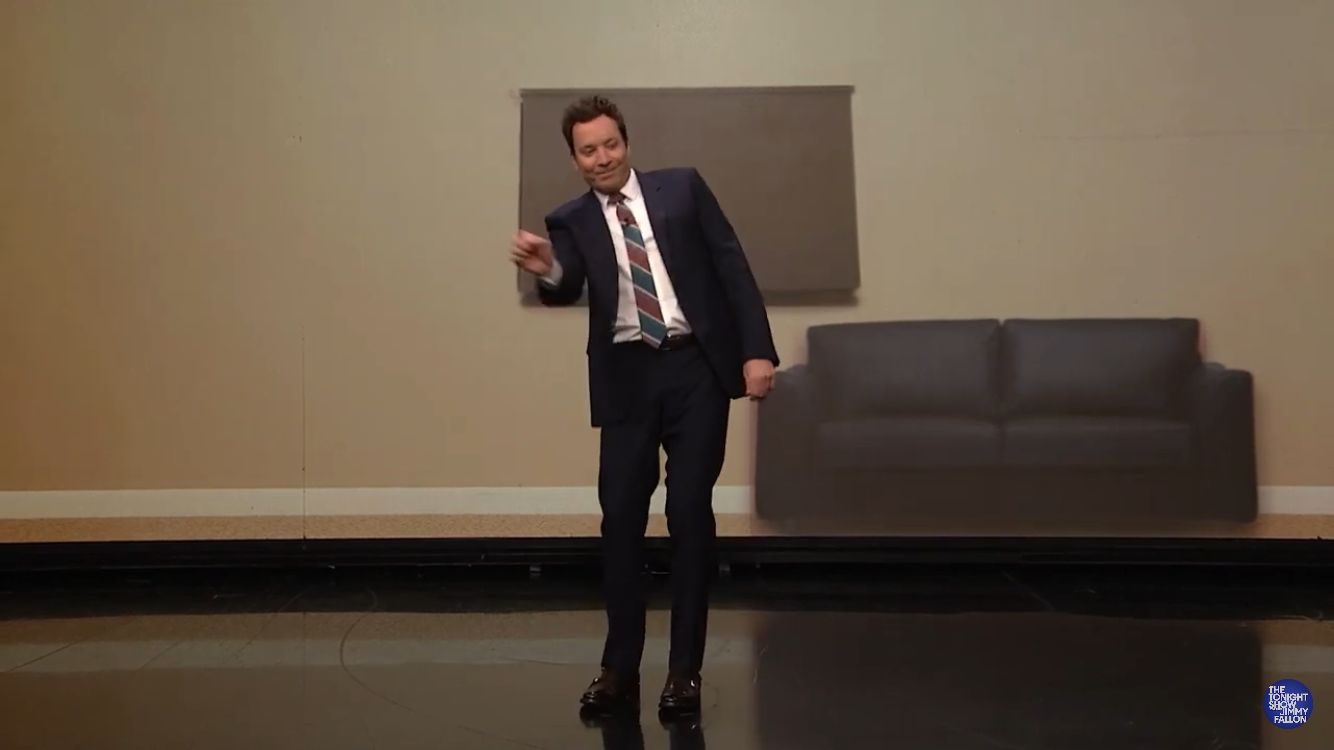 Jimmy Fallon explained that the song is by Duke & Jones with Louis Theroux, and the dance is choreographed by Jess Qualter and Brooke Blewitt. The two then turned towards the screen as the song played, “My money don’t jiggle jiggle, it folds, I like to see you wiggle wiggle, for sure, It wants to make me dribble dribble, you know, Riding in my Fiat, you really have to see it. 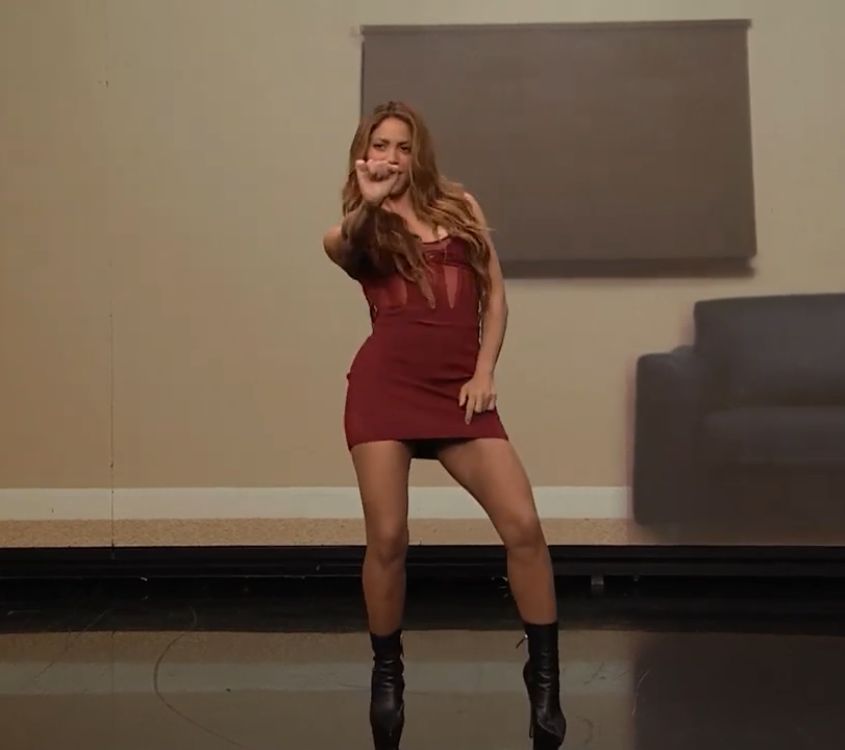 Ah, the dance wasn’t that easy and Shakira said, “Just once, really?” Jimmy said he was too hoping that the rules changed and said, Maybe, It’s like the “Watch It Twice TikTok Challenge”. He asked the audience if they should play it one more time. Well, the audience heard Shakira’s plea and the song played again.

Jimmy Fallon immediately hopped forward to take up the challenge as if he’d forget the moves in a jiffy. The song played, and guess what, Jimmy picked it. After imitating the exact moves, Jimmy said, “Can you imagine, I am like, at a wedding!” Shakira called his dance cute. 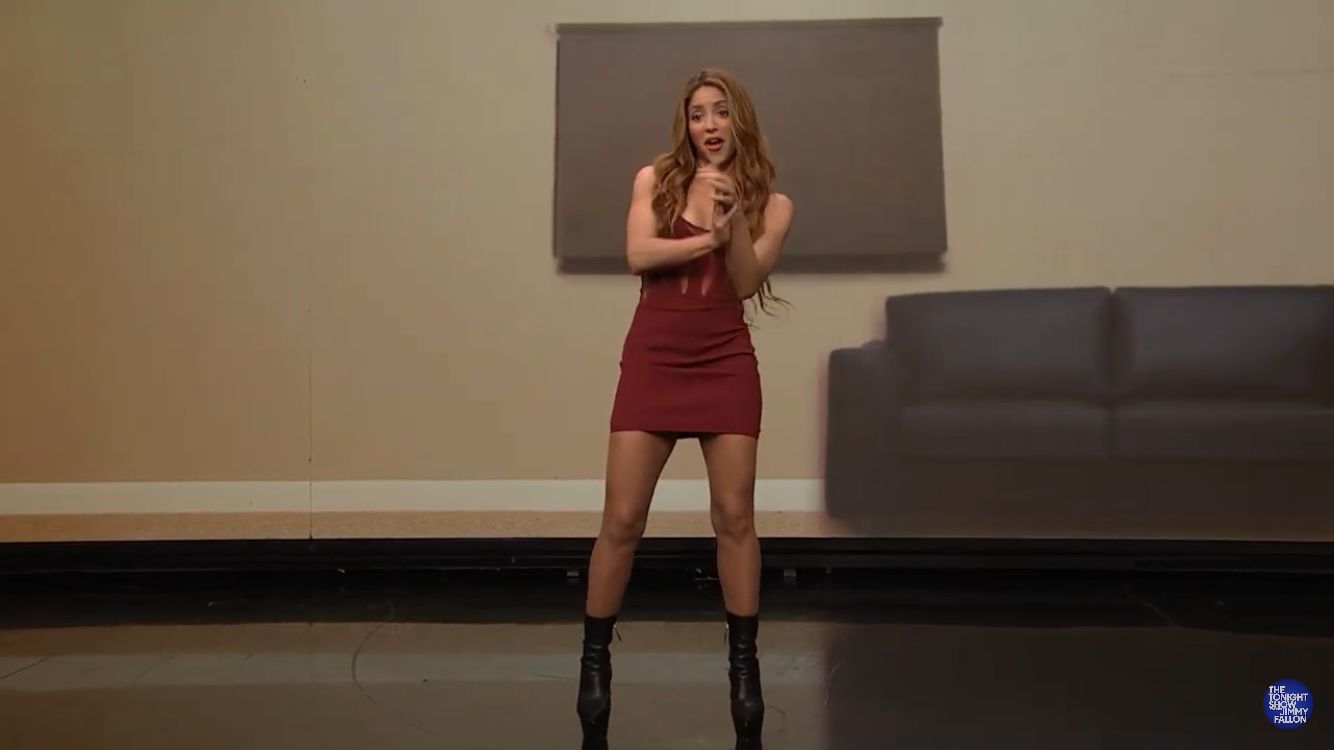 Now, it was time for the “Latin Dancing Queen” to take up the challenge. Well, she nailed it. Her moves were like a knife through butter. Jimmy had already accepted his defeat and said, “You’re Shakira, that’s not fair.” Shakira consoled Jimmy by saying “I am very impressed, it wasn’t bad at all.”

It was time for the real result and Jimmy stated let’s watch them together and see who got closer. Well, Shakira was a clear winner and Jimmy joked, “I just hope my kids don’t watch it tonight.” 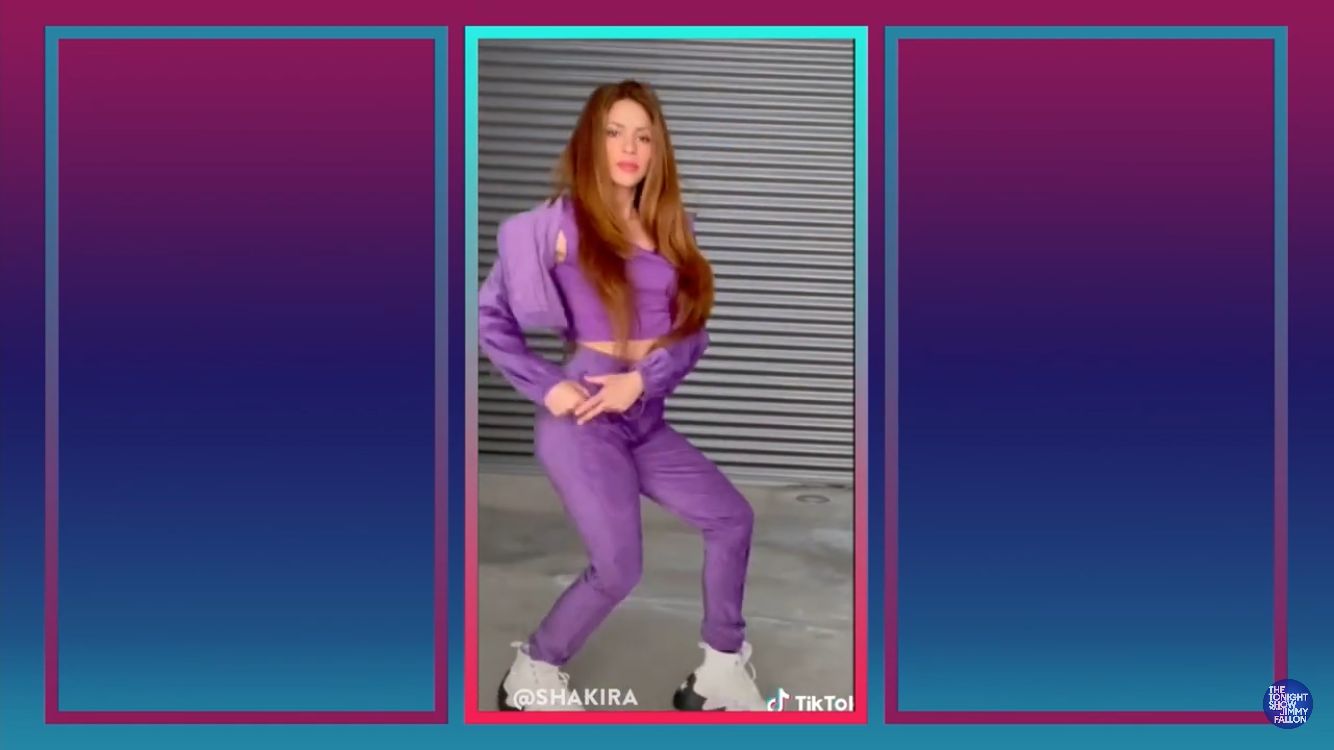 Jimmy wasn’t done yet. He told the audience that we are going to try this one more time. Well, this time it was Shakira and her choreography. Jimmy Fallon stated that “The creator of this dance is one and only Shakira.” Here, Shakira has a clear advantage but Jimmy was all geared up to take this challenge. 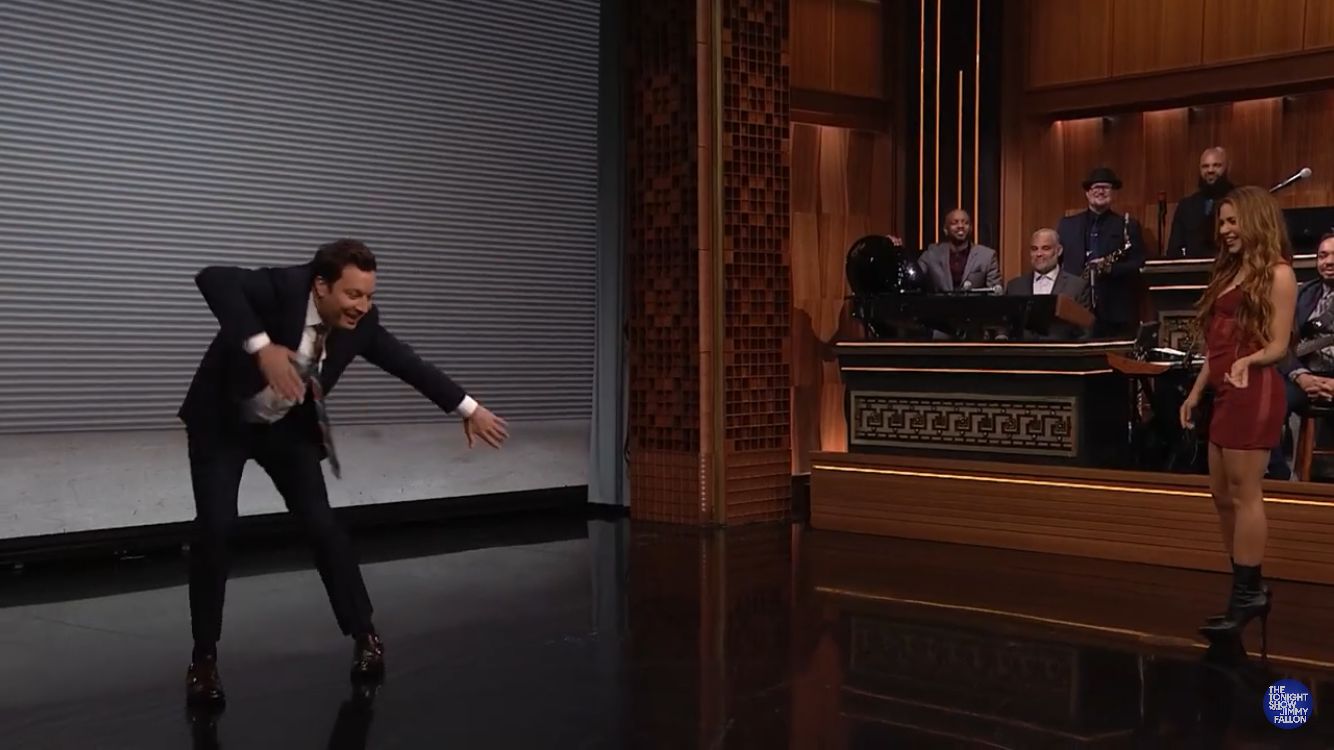 Jimmy confidently stepped up. Damn, Jimmy swiftly moved it like Shakira! Well, not exactly but pretty close. It felt as if he had practised the moves the whole night. Jimmy felt he had done injustice to Shakira but she said that he was awesome. The audience too cheered for Jimmy. Shakira also said, “You remind me of my 6-year-old.” 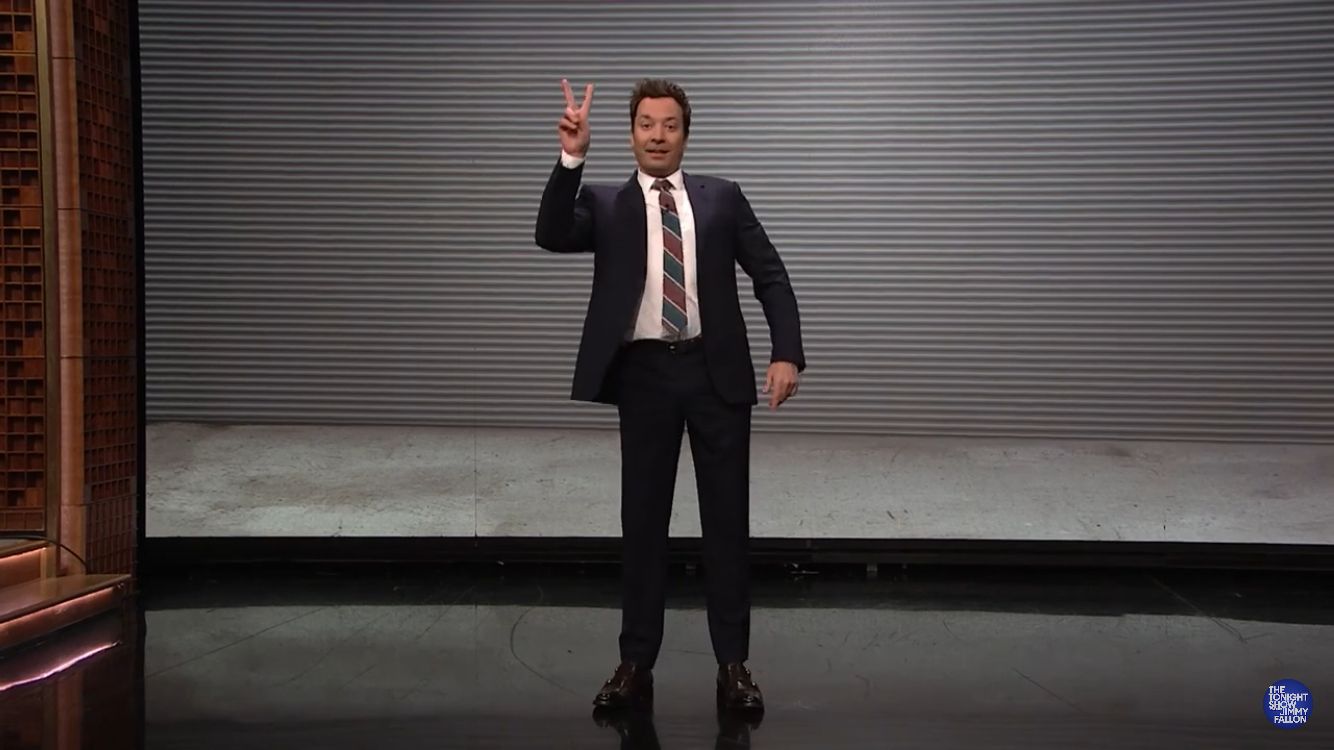 Now, it was Shakira’s turn. She once again nailed it with her swift moves. Jimmy wiped his face with his jacket as he tasted defeat for the second time. After watching the videotape, it came out that Jimmy was only able to nail the landing move. Shakira was declared the winner. Wasn’t that obvious, eh?

Shakira, Beyond a Musician 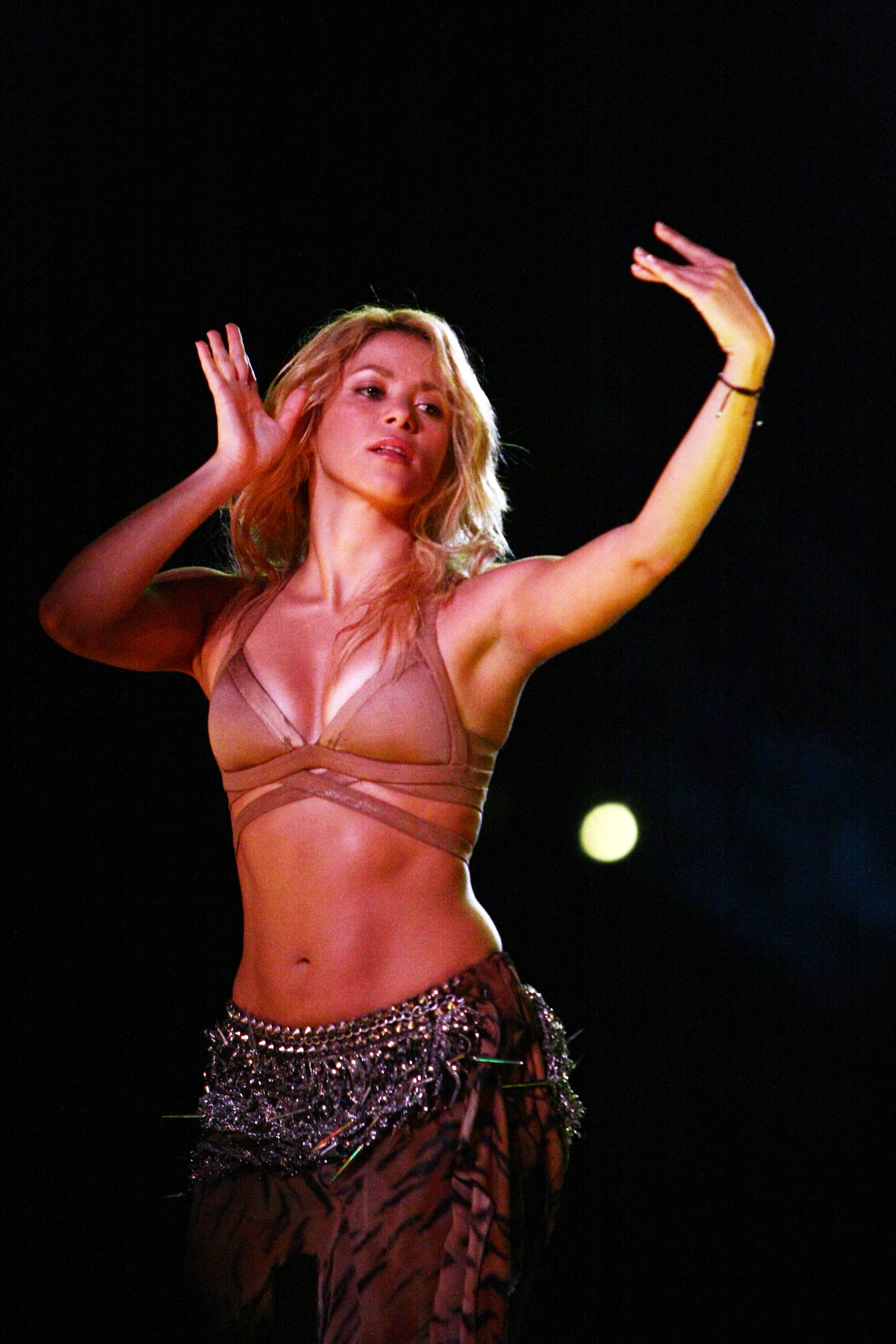 Apart from this, the “Wherever, Wherever” singer is known for her distinctive dancing style that combines Latin dancing with Middle Eastern belly dancing. It comes from her Lebanese heritage. Shakira’s hip-shaking is mentioned in songs, such as Fifth Harmony’s “Brave Honest Beautiful”.

Shakira is noted for usually employing minimal production, taking the stage with minimal makeup and natural hair, and without background dancers in her performances, preferring to focus on her vocals, dance moves, and stage presence. May artists like Beyoncé, Rihanna, Taylor Swift, Selena Gomez, Katy Perry, Justin Bieber and Britney Spears cite Shakira as their inspiration. Shakira has even received the admiration of intellectuals and writers such as Nobel Prize winner Gabriel García Márquez who said:

“No one of any age can sing or dance with the innocent sensuality Shakira seems to have invented”. Márquez wrote an essay exalting Shakira’s “phenomenal musical talent”, and “extraordinary maturity”.

Shakira often performs barefoot, a form of dance she learned as a young teen to overcome her shyness. She also mentioned in an MTV interview that she learned how to belly dance by trying to flip a coin with her belly. What do you think about Shakira’s “Watch-it-Once TikTok challenge? Didn’t Jimmy struggle hard in front of the “Titan of Latin Pop”?