Lost count of how long it has been, right?

Let me be absolutely clear on how impatient we have been after Upload Season 1 came out. It has been two years and the good news has finally knocked us at the door.

Uploads fans can finally take a breath of relief now that the comedy series is set to return to its home, Prime Video.

Prime Video has made it official and it has not been long since the announcement was made. The official premiere date is out and so is a recap of Season 1. Of course, you had to give a “recap” Prime Video to make up for that two years. 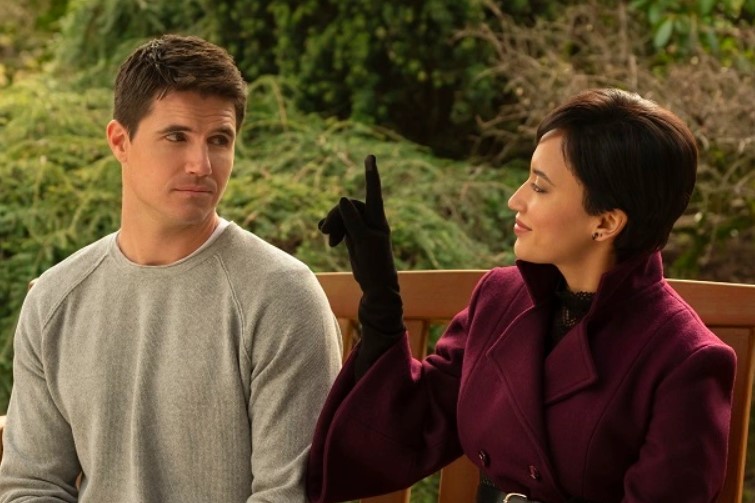 Therefore, we have a lot of catching up to do. How about we quickly get right at it?

Can we have some high-voltage electrocution or maybe fireworks?

March 11th, 2022 is the official premiere date for Upload Season 2. Upload is a story that surrounds the life of humans in a world where they have the capability to upload themselves in a digital afterlife. 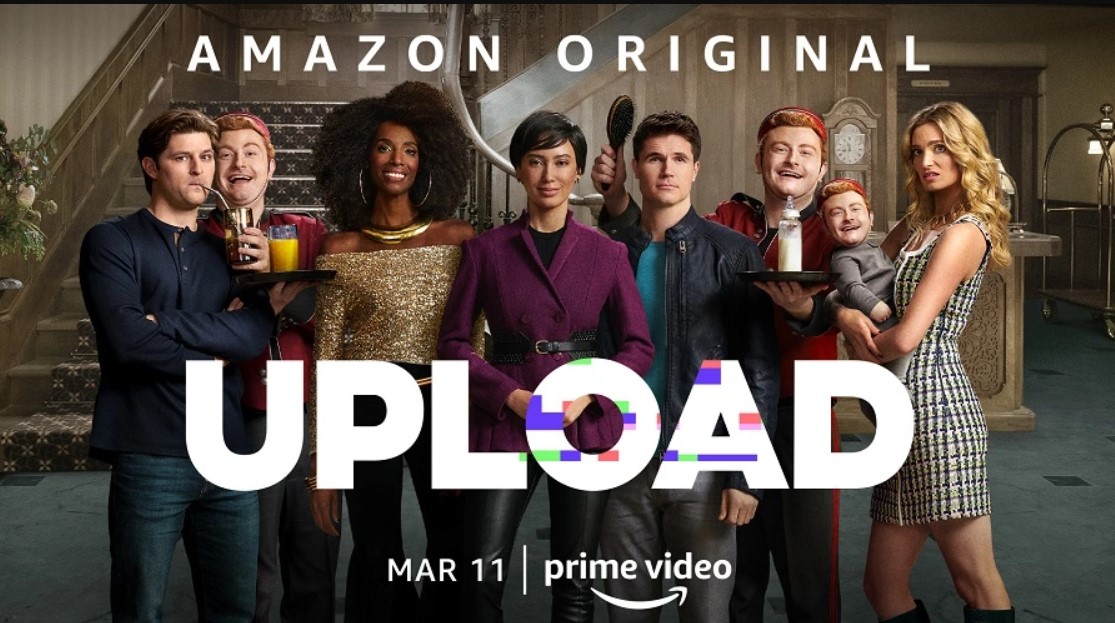 Robbie Amell, who plays Nathan, is a computer programmer and the story follows his life too. Kevin Bigley, Andy Allo, Zainab Johnson, Allegra Edwards, and Josh Banday are featured cast.

Upload Season 2 will continue the story of Nathan who will see him in an awkward position.

His ex wants to get back with him after entering the afterlife and that’s when things start to get dizzy for Nathan.

This is primarily because Nathan is eyeing his afterlife handler. The handler is a part of a group and we can see her realizing her understanding of the tech industry. 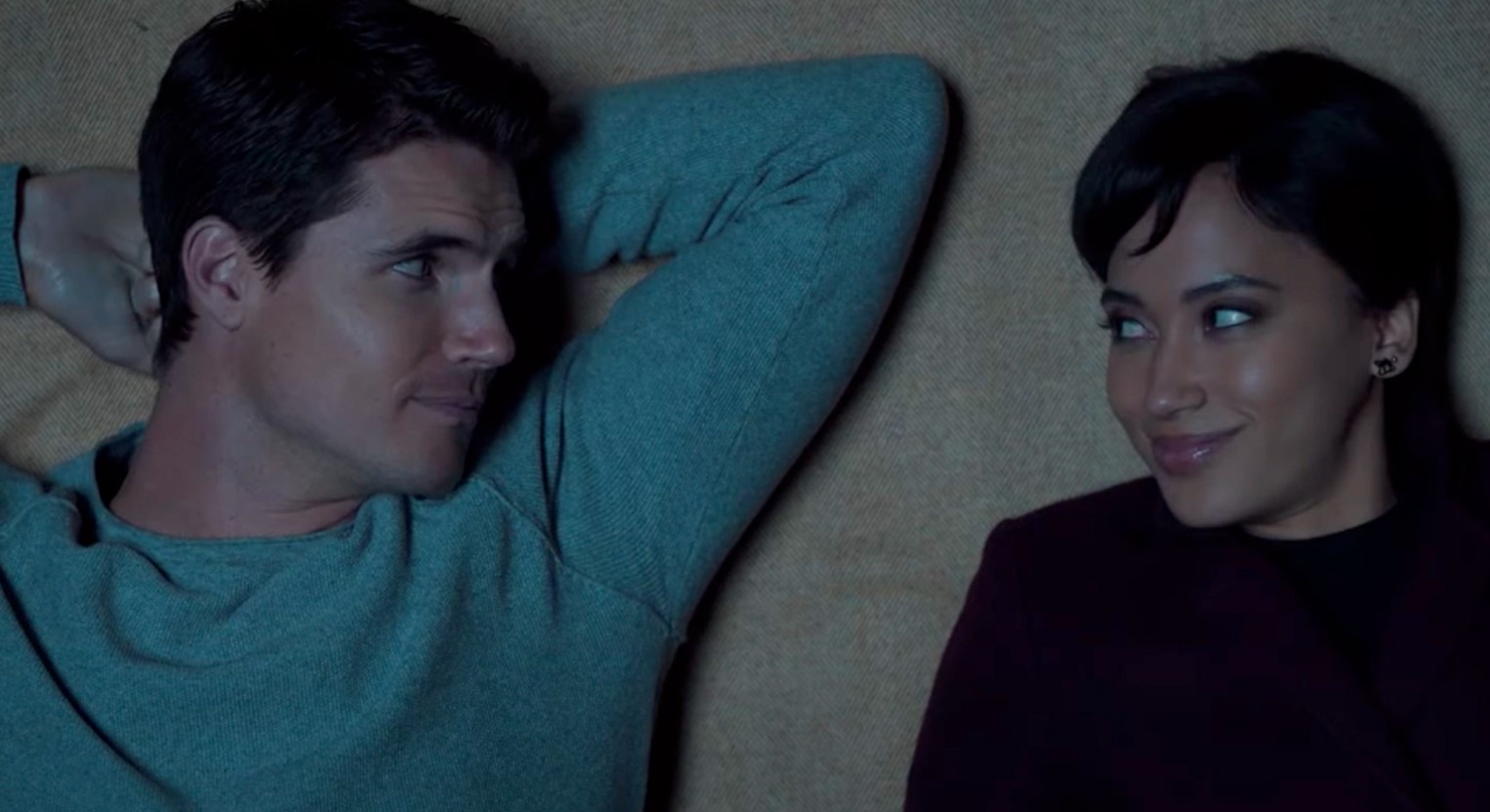 Season 2 of Upload will have seven episodes each with a target of 30-minutes.

Greg Daniels, the creator is also known for his famous work in popular shows like The Office and Parks and Recreation.

Now that we have the premiere date out; we are expecting the trailer to be out anytime soon.

Till then, you can read the official synopsis to know what Season 2 will bring along.

“In Upload Season Two, Nathan is at a crossroads in his (after) life… his ex-girlfriend Ingrid has unexpectedly arrived to Lakeview hoping to strengthen their relationship, but his heart still secretly yearns for his customer service angel Nora. Meanwhile, Nora is off the grid and involved with the anti-tech rebel group “The Ludds.” Season Two is packed with new near-future concepts, including Lakeview’s newest in-app digital baby program called, “prototykes,” and other satirical glimpses of the technological advances and headaches to come.”

Fans are waiting for Upload S2!

It has been TWO years. Fans were going crazy on the eventual return of the show. They are in splits after hearing that the series is coming back.

Along with the fans, cast members seem pretty excited too.

WE FINALLY HAVE AN @UploadOnPrime SEASON 2 RELEASE DATE! — MARCH 11 🎉
Sorry it’s been so long. Here’s a recap of season 1 or catch up on @PrimeVideo pic.twitter.com/jjrrBmIdlA

Fans are glad to get answers to their questions. Folks, all your questions have been attended to.

I need #Upload season 2…what’s the hold up ??!! pic.twitter.com/AS1vSM7xsK

Can someone tell me when #Upload is coming back. That show was funny and sweet and everything I need right now. pic.twitter.com/cBc4c85IwQ

Where does that leave us? Well, on a road to wait for March 11th.

Were you equally excited for the series to return? Be honest and pin your comments.