Tennis legend Serena Williams’ husband, Alexis Ohanian is one proud husband! The Reddit co-founder isn’t much bothered after Drake called him a “groupie” in the song “Middle of the Ocean” from his new album  Her Loss. The 39-year-old entrepreneur took to social media to gush over being a husband and a family man. Drake is yet to publicly address the meaning behind his lyrics. 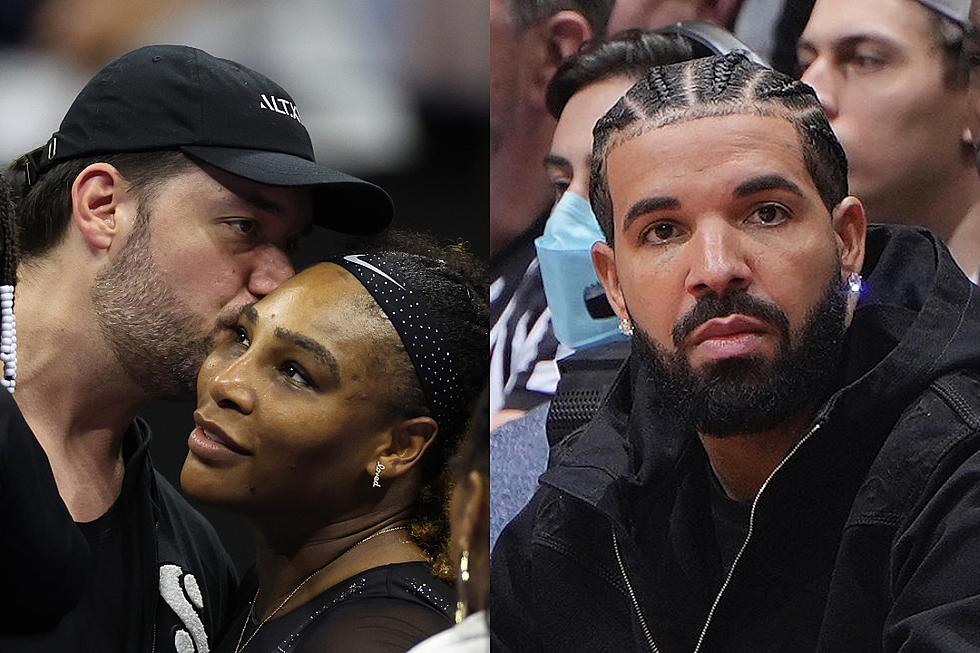 Alexis Is Not Bothered By Drake…

The reason I stay winning is because I'm relentless about being the absolute best at whatever I do — including being the best groupie for my wife & daughter. pic.twitter.com/oaEKuRWFnj

In his new song, “Middle Of The Ocean” from “Her Loss”, Drake referred to Serena Williams’ husband as a “groupie”, also name-dropping several celebrities, including Paris Hilton. The lyrics go like this: “Sidebar, Serena, your husband a groupie, He claim we don’t got a problem but no, boo,”

In a tweet on Friday (Nov. 4), Alexis wrote:  “The reason I stay winning is that I’m relentless about being the absolute best at whatever I do — including being the best groupie for my wife & daughter,” Alexis tweeted alongside a photo of him and Williams’ daughter Alexis Olympia in the stands during one of Willams’ tennis matches.

They say, to hit where it hurts the most and seems like Alexis did it well while bragging about his perfect life with Serena. He also wrote, “It’s made me 100x better as a man and a businessman.” In @serenawilliams I found a partner I knew I would never outgrow, who would always motivate me to be Greater.” Serena Williams responded to the tweet with a bunch of smiling heart emojis.

Why Did Drake Call Out Alexis? While Drake hasn’t provided a reason to refer to Serena’s husband as a “Groupie”, there is some history to his feelings. Well, we all know Serena and Drake were an item back in 2015, and pictures of them kissing circulated all over the internet. Maybe, the “God Plan” artist has fired shots at Alexis because he is still disappointed that Williams married Alexis soon after their romance rumors, or maybe it’s just a mild joke between the two friends.

Before 2015, the “Degrassi” alum and tennis legend sparked romance rumours after Drake tweeted, “@serenawilliams I cannot wait to put it on you and make you sweat…….during our match this weekend” in 2011. In 2015, Drake was seen cheering for her at Wimbledon.

However, Drake and Williams never confirmed their relationship, and still claim to be just friends. As for Alexis, Serena opened up about her n-w-husband during an interview in 2017. “This guy comes and he just plops down at the table next to us and I’m like, ‘Huh! All these tables and he’s sitting here?” she spoke about her first interaction with Alexis. If you’re not aware, Alexis and Serena met in Rome in 2015, and he proposed to the tennis star in 2016. A month later, Serena became pregnant with Olympia. The couple exchanged vows shortly after in New Orleans in 2017. Alexis is known for co-creating Reddit, the seventh-most popular social media site in the United States. His net worth stands at $70m per Forbes data.