It seems like Selma Blair has reconciled her romance with her ex-boyfriend David Lyons! Not long ago, the two of them were snapped out and about in public together. They were seen getting close during their latest outing.

Continue reading further to learn more about the recent outing of Selma Blair and her ex-boyfriend David Blair and their romance. On Saturday, the Cruel Intentions star and the film director were seen getting close in Los Angeles. These two lovebirds first dated in the year 2019. Selma and David were clicked by the paps while they were hanging out again near an Erewhon Market store.

In the photos obtained by Page Six, it seems like the couple was approached by a fan as the two of them stopped and they were seen having quick a chat with a woman. During the conversation, Selma fondled David’s head and, then, she placed her hand on his chest and shoulder. On the other hand, when we talk about the filmmaker, he also didn’t shy away from showing off some PDA as he put his hands on Blair’s back, neck and shoulder.

At one point, the Legally Blonde star was seen taking a short break, as she showed some love and affection towards her service dog.

More details about the duo’s outfits for their outing

Selma and David were dressed pretty casually for their latest outing. Blair donned a white tank top and pink pants. The color of her pants matched her ex-boyfriend’s T-shirt. She topped off her look with diamond jewelry.

The Sweetest Thing alum was seen wearing a beautiful gold ring on her left hand and she sported a diamond ring on her pointer finger. She even wore a delicate necklace over her neck. As of now neither Selma nor David has made any official comment on their relationship status. A source has told Page Six, that the exes are “just friends.”

Selma Blair was married to Ahmet Zappa before

Yes, you read that right. Back in the day, the Feast of Love actress tied the knot with Ahmet Zappa, son of musician Frank Zappa. After dating for nearly 6 months, Selma got married to the writer and producer Ahmet Zappa on January 24, 2004, at Carrie Fisher’s mansion in Beverly Hills, California.

The couple’s marriage didn’t last long. Selma filed for divorce from Zappa on June 21, 2006, citing “irreconcilable differences.” Then, a spokesperson for the couple told People magazine, “Selma and Ahmet have decided to divorce, but love each other very much and will continue to be close friends.” Their divorce got finalized in December of 2006. 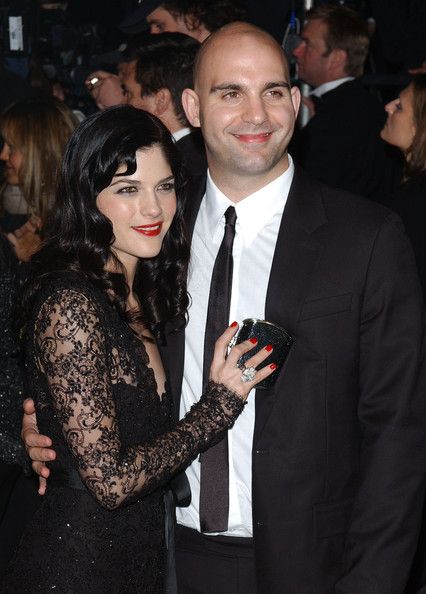 Do you think Selma Blair and David Lyons are a perfect match? Kindly let us know your thoughts in the comments section below. Don’t forget to stay tuned with us for the latest updates from the world of showbiz.