Selena Gomez Goes Barefoot on Stage at the 2022 SAG Awards

Besides being on the list of nominees for her Hulu show, Only Murders in the Building, the actress was also one of the presenters at the ceremony. Selena goes barefoot while presenting an award at the ceremony

Alongside her co-star Short, Selena stepped on the stage with bare feet, to present the award for Outstanding Performance by a Female Actor in a Supporting Role. And this garnered quite a lot of attention from the audience. Mainly because the star was seen wearing a stunning pair of black heels as she walked on the red carpet. But she had apparently ditched them before getting on the stage. The duo earned a good laugh from the audience as they engaged in a hilarious conversation before presenting the award. Short mentioned how it’d be better if he didn’t express too much excitement with regard to the award ceremony; “my botox is fresh”, he’d said. And to that, Selena laughed and said, “all right, mine too”, rousing an uproar of laughter.

Why did Selena go barefoot on the stage?

Selena matched her beautiful all-black outfit with a pair of black heels. And she was wearing the heels as she walked the red carpet. However, due to a small mishap during her entrance, the 29-year old ended up removing the footwear.

While she was making her way to the red carpet at the beginning of the event, Selena accidentally tripped and fell down to her knees in front of all the photographers. As a result of which, she decided to not wear the heels for the rest of the evening. And understandably so.

Fans noticed the sudden change in Selena’s appearance as she got on the stage to present an award and immediately took it to social media to share their reactions. Most of them cheered and encouraged her for choosing her own comfort over fashion and style. Many even commented on how she handled the situation very professionally without making a fuss about any of it.

There were a few chosen who seemed dubious about her removing the heels she’d worn at the start but almost all deemed the move as “iconic.”

Nicole Kidman went barefoot as well to show Selena support and fans are gushing over just how sweet the gesture of hers was.

Here are some tweets that went viral about the same:

Nicole Kidman and Selena Gomez in barefoot at the #SAGAwards pic.twitter.com/l07CikN5OL

A fan even went on to say that the musician going barefoot to present the award was “the most Selena Gomez thing she could do.”

selena walking barefoot on stage is the most selena gomez thing she could do pic.twitter.com/aTeH916U92

Selena captivated everyone with her stunning look

The singer was dressed up in an amazing black velvet Oscar de la Renta gown with puffed-up sleeves and minimal yet beautiful makeup. With her hair tied up in a sleek bun and a diamond necklace adorning her neck, Selena made jaws drop with her flawless look. 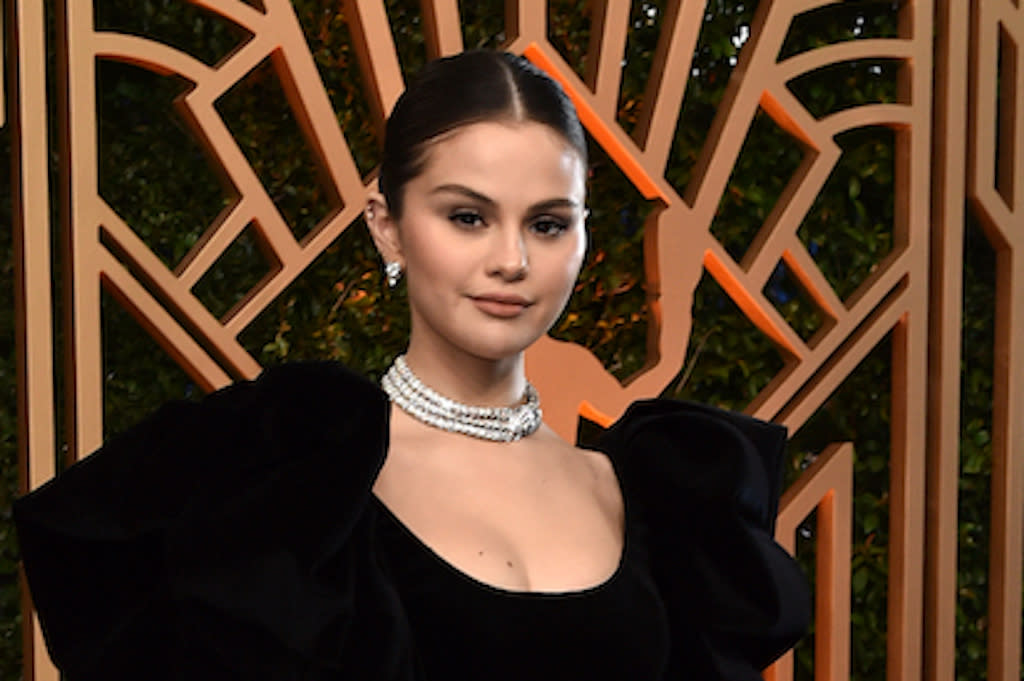 With or without her heels, the Lose You to Love Me singer most definitely became the talk of the town following her look.