Sean Penn and his ex-wife Leila George were seen having a cordial confrontation at a beach in Coney Island on Monday which was almost after 1 month after they finalized their divorce.

The ex-couple who is still friends were spotted in good spirits as they both of them took turns in playing around with their dog, which was adopted by them together in 2017. 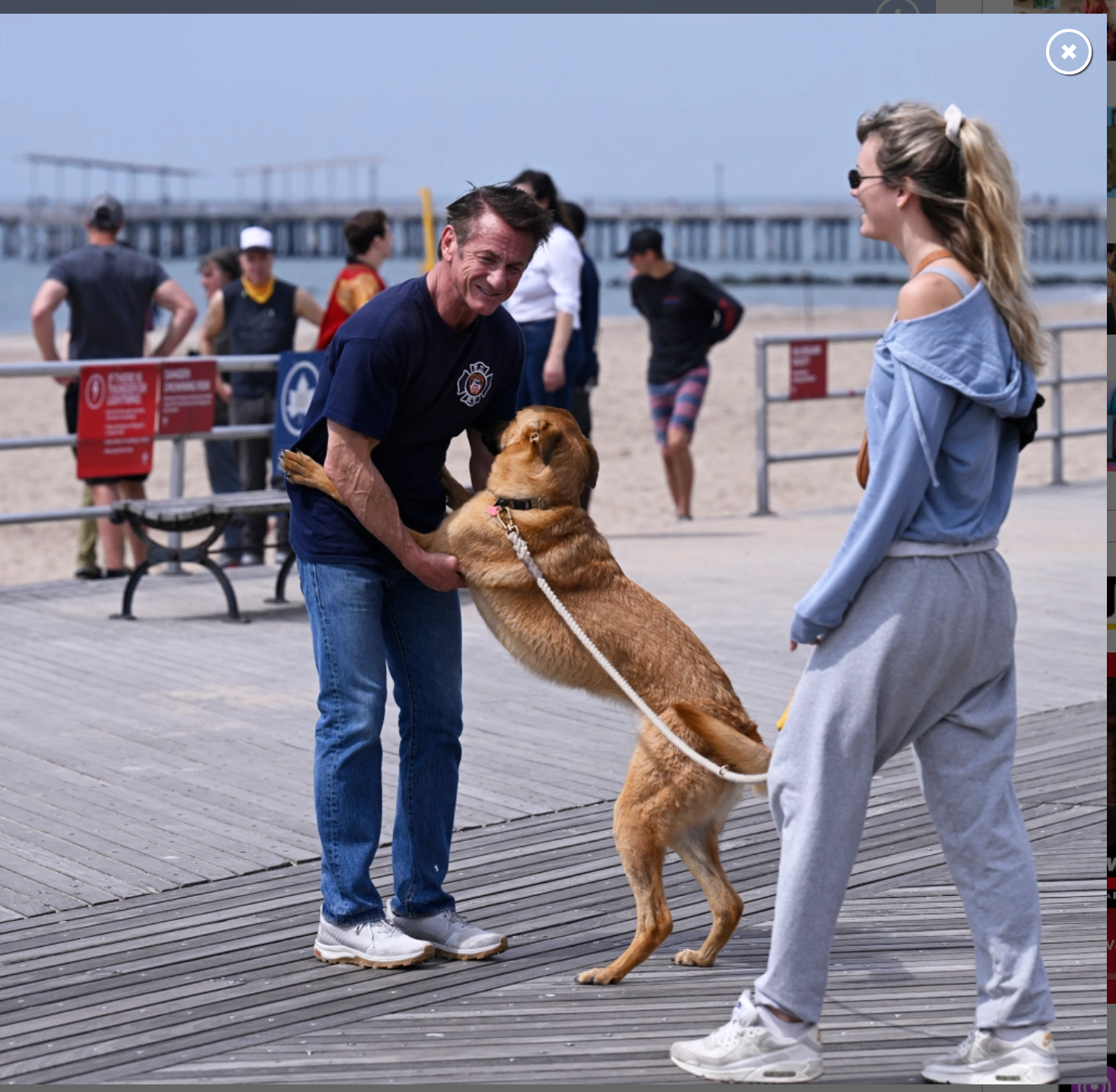 It has been said that George stopped by to hang out with Penn and their dog while he was taking a break from his filming for the upcoming film “Black Files,” at the tourist spot in Brooklyn.

The Australian actress looked all cool and calm in her grey sweats paired with a light blue hoodie, a tank top and sneakers and sunglasses. She completed her look by tieing her hair halfway up in a scrunchie.

While Penn was seen dressed up as in character in blue jeans and a navy blue T-shirt with the logo of the first responder on it.

Who all were Present for the Beachfront Shoot

“Black Files,” Penn’s upcoming film is a drama revolving around a young paramedic who makes his way during his first year on the job in the city of New York.

Tye Sheridan, Penn’s co-star was also there on the beachfront shoot dressed up in jeans and a t-shirt paired with a red bomber jacket with gold wings printed on the back. 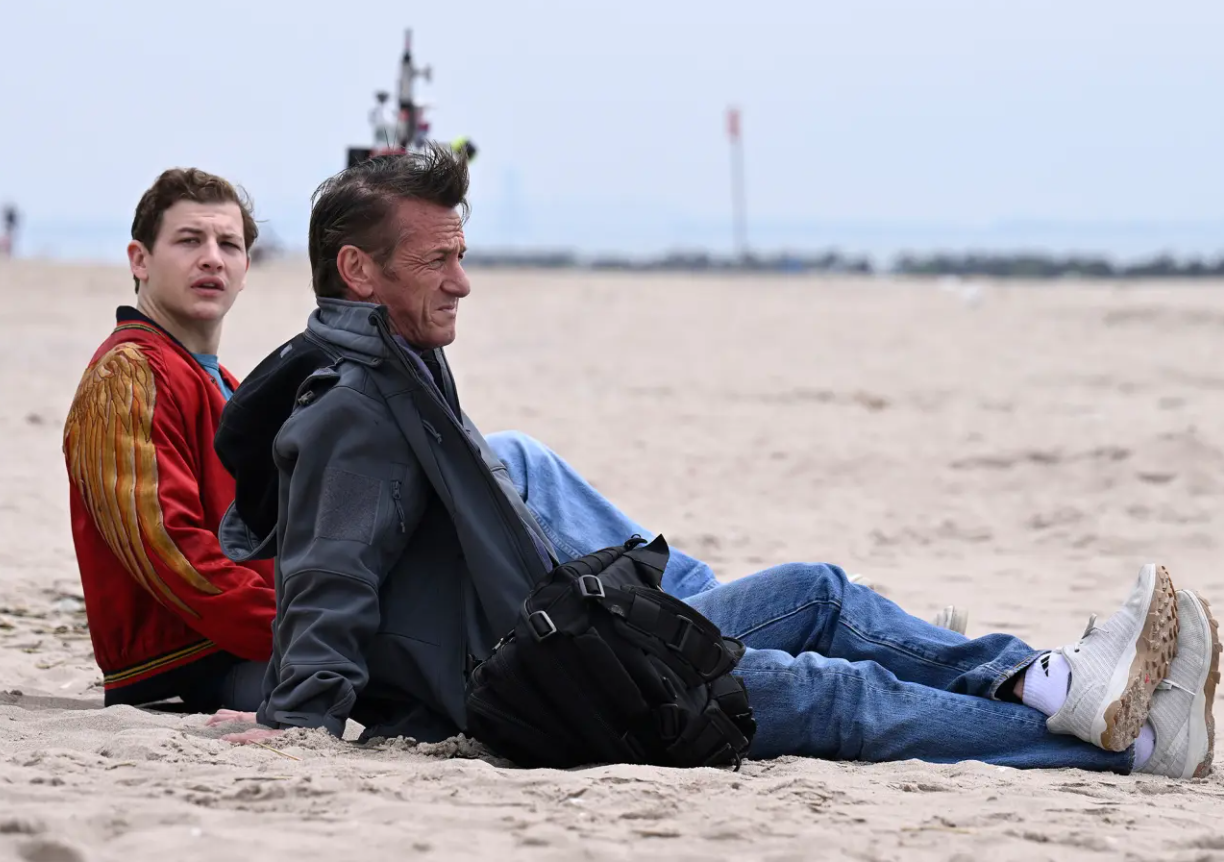 The paparazzi even captured the film crew filming a scene where Penn and Tye sit down on the beach and talked.

Jean-Stéphane Sauvaire, the french filmmaker was also spotted at the shot and was snapped while Penn hung out with Leila and their dog. The actress’s warm welcome on the sets of the film came four weeks after Penn and Leila announced that they were legally single. 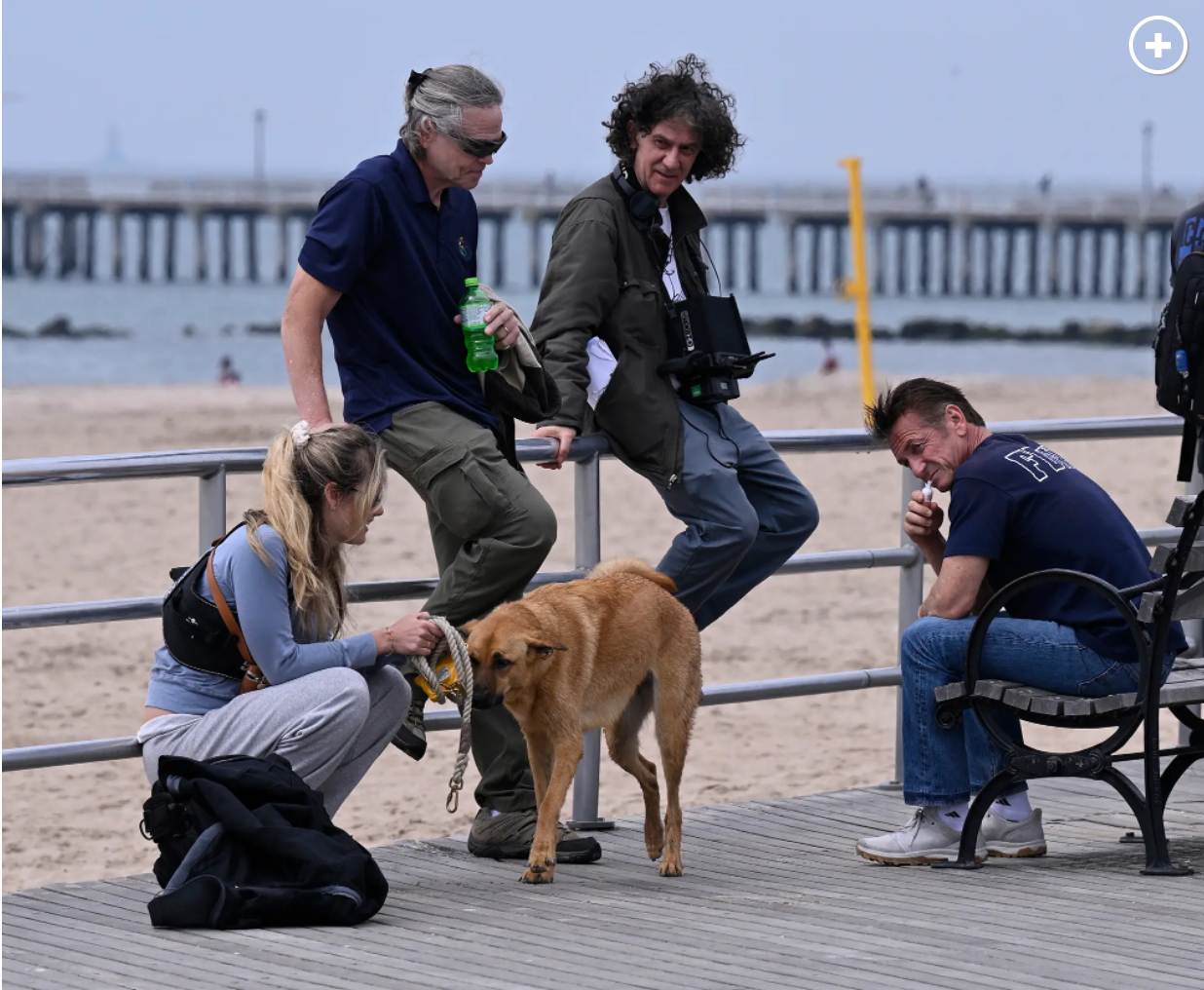 “We were married technically for one year, but for five years, I was a very neglectful guy.”

It was in October 2021 when George filed for a divorce, and although the couple separated She has continued to work with CORE Response which is Penn’s NPO that he set up in response to the 2012 earthquake which struck Haiti.
Though the couple was spotted together there has been no comment by either of them on what this means for them as a couple and will the legally single title still holds for the two.
Share
Facebook
Twitter
Pinterest
WhatsApp