Get ready to scream again! Paramount Pictures has released the first teaser trailer for Scream VI, the next installment in the hit slasher series, and it looks just as spooky and thrilling as the previous films.

The upcoming film will act as a direct sequel to SCREAM (2022) and will feature Ghostfaces targeting some familiar and some new faces in New York City instead of Woodsboro. Continue reading to watch the trailer and know more about the film. 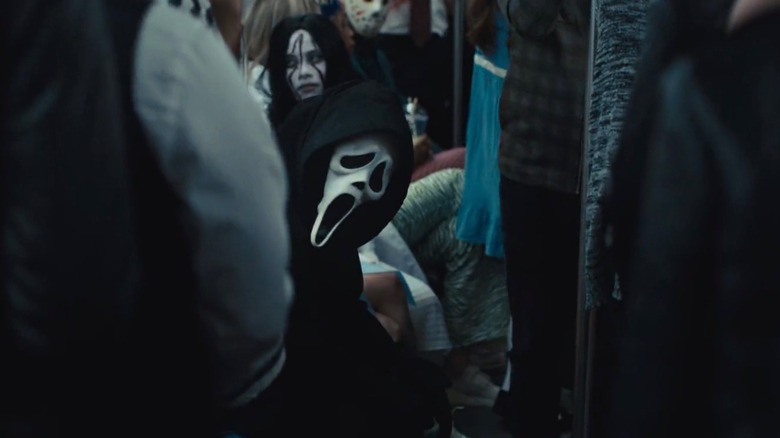 The teaser shows Ghostface’s return, as the killer followed Sam and Tara to New York City after the sisters survived and escaped his attacks in Woodsboro in the previous film. The siblings are seen travelling in a subway with a group of friends, where some people in Ghostface masks also make an entry.

The lights start to flicker, and one woman becomes the target of the sinister killer. The film is all set to release on March 10, 2023. Watch the spine-chilling teaser trailer below.

Meanwhile, fans seem ready for some scares as they are sharing their excitement in their comments. “The fact that Scream 6 is taking place in New York has me pumped but also the fact that Jenna Ortega is coming back and Samara Weaving is being added just makes me want this to release even faster,” wrote a fan.

Another one commented, “Scream just has such a creepy and sinister tone. It’s so specific in its energy and direction. Even a scene like this on a packed train feels scary and unpredictable – and all of the characters look legitimately terrified. That’s what I love about these movies. Scream is a masterpiece.”

The Film is Set in New York City Instead of Woodsboro 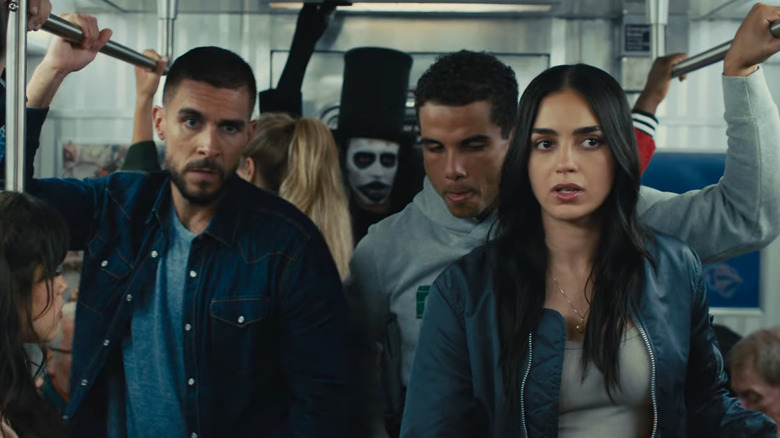 The film will follow the events of SCREAM (2022). Sam and Tara, along with twins Chad and Mindy, decide to leave Woodsboro after the horrible incidents in the previous film and move to New York to start afresh.

In SCREAM, it was also revealed that Sam is the illegitimate child of one of the original killers, Billy Loomis. She now believes that shifting to New York will give her a chance to remain anonymous. However, contrary to their expectations, Ghostface is not letting go of them so easily.

A Number of Actors will Reprise their Roles in Scream VI

The film will see the return of Mason Gooding as Chad Meeks-Martin and Jasmin Savoy Brown as Mindy Meeks-Martin. Jenna Ortega, riding high on the recent success of her Netflix show Wednesday, will reprise her role as Tara Carpenter, and Melissa Barrera will once again portray Sam Carpenter.

However, Neve Campbell will not return as Sidney Prescott. Ortega recently talked about Campbell’s absence and said, “You know, it’s nice because there’s still a protectiveness in the script, and that’s something that the actors had naturally over her because obviously we respect her, and we want the best for her. She’s missed and thought of.”

Are you excited to watch the upcoming installment of Scream? Tell us in the comments section.