‘Saved by the Bell’ Reboot Cancelled after 2 Seasons Run

The “Saved by the Bell” revival at Peacock has been cancelled after a run of two seasons. The cast and crew of the show were informed of the cancellation on Tuesday. 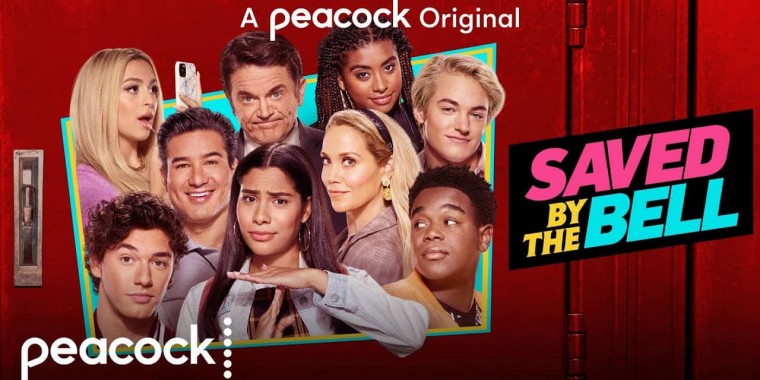 Peacock said in a statement that “We are so proud to have been the home of the next iteration of ‘Saved by the Bell’ for both new and OG fans, Saved by the Bell’ has been a cultural mainstay for more than 30 years and the new series, led by Tracey Wigfield’s superfan enthusiasm and signature witty humour, seamlessly continued the show’s legacy, all while allowing more audiences to feel seen. We’re grateful to Tracey, Franco Bario, our partners at UTV, the beloved cast, and the fans who have continued to champion one of the most iconic shows of all time.”

not everyone understood the excellence of the saved by the bell reboot but those who did recognized what a genuine delight this show was and i’m devastated that it doesn’t get to finish its run on their own terms pic.twitter.com/nB6SI7CPhv

Fans also took to Twitter to express how much they are gonna miss having another season of the show.

Saved by the Bell Series

‘Saved by the Bell’ was a beloved ’90s sitcom that followed characters Kelly Kapowski, A.C Slater, Zack Morris and Screech through their school college and adult life. The series was rebooted back in 2019 and the first season of the reboot was released in November 2020.

i’m so upset i’m gonna miss them all so much 🙁 saved by the bell reboot you will always be loved pic.twitter.com/YaOrWuIWMR

As we are in the era of reboots ranging from Charmed, Gossip Girl and Fuller House, the reboot of Saved by the Bell was highly anticipated. The first-ever trailer was dropped in October 2020 which had a lot of throwbacks to the original series.

The proposition of the rebooted show saw the series originals Mario Lopez and Elizabeth Berkeley reprise their characters of A.C Slater and Jessica Spano respectively.

The original series stars Elizabeth Berkley Lauren and Mario Lopez also were a part of the reboot series alongside the other cast member including Tiffani Thiessen, Lark Voorhies and Mark-Paul Gosselaar appearing in recurring roles.

Peacock, NBCUniversal’s new streaming service does not release the viewership information hence there is no metric to gauge the performance of the show for the public. However, the rebooted series did receive positive reviews from the critics, especially on the performances of the young actors.

Saved by the Bell canceled at @peacockTV after 2 seasons 😣 https://t.co/Tpn7iE128g

The storyline of this new version saw Gosselaar’s character Zack Morris, who is the governor of California, route the students from the underperforming underfunded high school to Bayside High, the most well-funded school in the state.

The official synopsis of the show is “Zack Morris—now the governor of California—gets into hot water for closing too many low-income high schools. So he proposes a new plan to send affected students to higher-performing schools…which includes, you guessed it, Bayside High.”

The storyline of the show is as such that while narrating the story it also reflects and addresses the key social issues of race, class, education and inclusion.