Pregnant superstar Rihanna will be celebrating her first National Heroes Day this year. She is one of the people who are celebrated as heroes on the national day of her country Barbados. When Barbados recently became the world’s newest republic in November, One of the first acts of the prime minister was to declare Rihanna, one of the most famous citizens of the country, as a national hero.

The Umbrella singer took to Instagram to share her gratitude. She wrote, “What an absolute honor to be amongst such great men and women who have come before me and held this title in commitment to our nation!”

Sharing her gratitude, she said, “I will forever cherish these memories and continue to represent the Bajan people and my home Barbados to the fullest!! Love and gratitude to both The Prime Minister,”.

After that, she went on to thank the Honorable Mia Amor and the President for trusting her with this honor.

The post has gotten over 2.5 million likes and over 8,500 comments in a matter of 7 hours.

Robyn Rihanna Fenty is more commonly known by her professional name Rihanna. She is a pop and R&B singer who is known across the world for her superhit songs and stylish appearance.

Rihanna was born and brought up in Bridgetown, Barbados. Evan Rodgers, an American Record Producer discovered her and invited her to come over to the USA to record some demo tapes. That is when everything changed for the better for Rihanna. Rihanna saw commercial success with her second album called A Girl Like Me. It sold over 115,000 copies in the first week and charted at number 10 in 13 countries. It was also her first album to be certified platinum.

So far, she has won over 12 Billboard awards, 9 Grammys, 13 American Music Awards and over 7 MTV Video Music Awards. As of 2021, Rihanna has sold well over 60 million copies and 215 million digital tracks across the world. This makes her the top-selling digital artist of all time.

After collaborating with several cosmetic brands, Rihanna came out with her own line called Fenty in 2017. The brand was praised for its inclusivity as it featured more than 40 shades of foundation, suitable for different skin colors. One month after launch, the brand’s media valuation was close to $97.3 million whereas the industry standard MAC stood at $77.1 million. 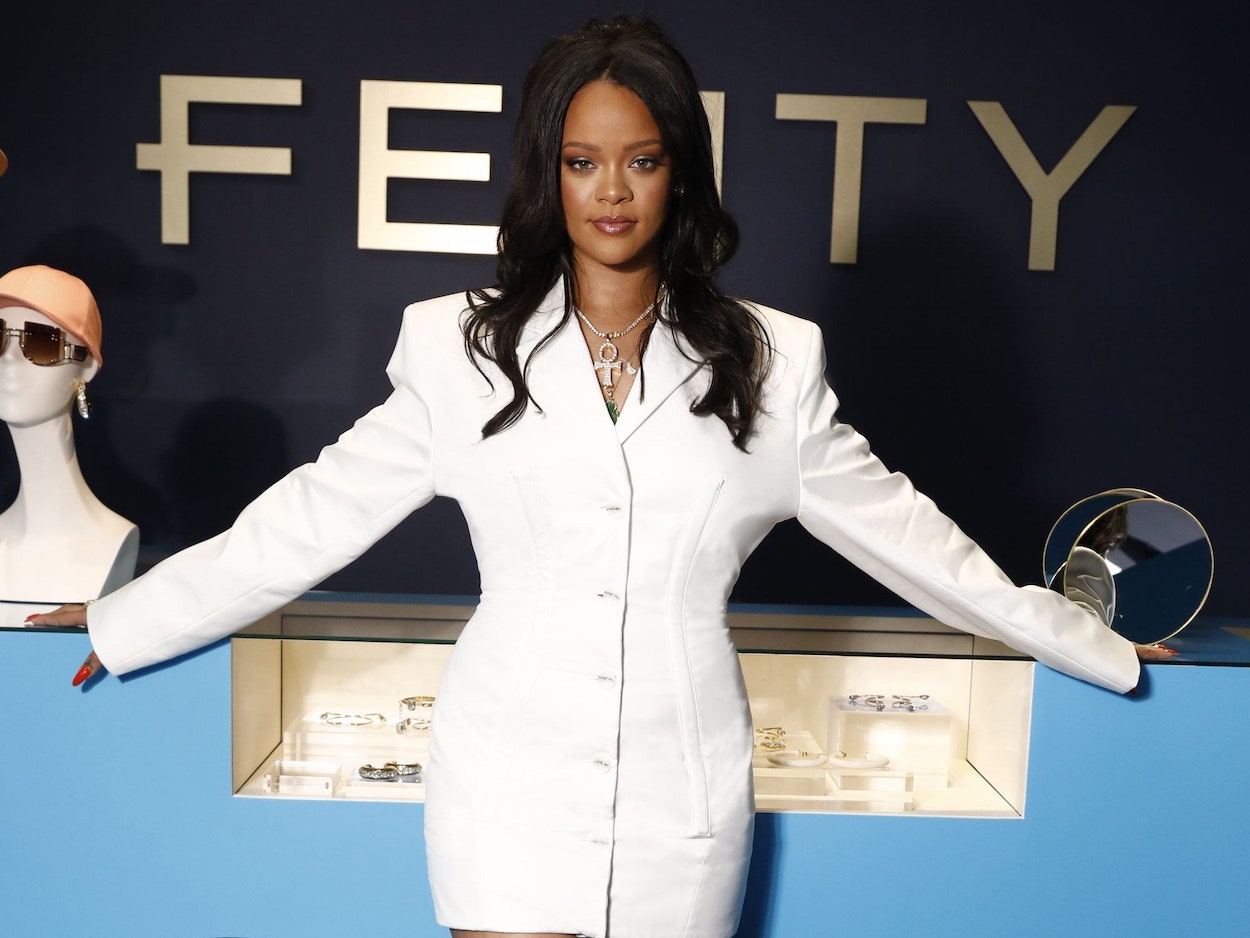 In 2019, Rihanna announced that she would be partnering with LVMH Moët Hennessy—Louis Vuitton to curate a fashion line Fenty. She became the first woman of color to ever head a fashion house at LVMH.

Rihanna has earned many accolades throughout her musical journey and now through her business venture Fenty. Although she has not released any songs since 2016, she is quite popular on the music scene and continues to grow her brand. All of this helps understand how Rihanna earned the title of being a national hero in her country Barbados.