Real Housewives Of Orange County (RHOC) star Dr. Jennifer Armstrong has officially filed for separation from her husband Ryne Holiday, on May 13. The papers were filed in Orange County Superior Court. The MD in cosmetology was married to Holiday for over eight years. The papers showed the date for separation as September 8, 2021, which shows that the separation has been underway for some time now. The reason for separation was mentioned as ‘irreconcilable differences’.

The couple has three children together. The twins’ Vera and Vince are 10 while the younger son Robert is 9 years old. Dr. Armstrong is requesting for the legal custody of the children with visitation rights granted to Holiday. She has also requested that the court terminates the right to support for her as well as Holiday.

More About The Family

The couple was first introduced to the public in season 16 of RHOC. Their marriage was already strained as they tried to balance work and family. Dr. Jen recently admitted that the couple eventually broke up for about a month. She said, “I’m just going to be honest. We actually separated. We separated and then lived life without each other”.

The breakup happened after she and the stay-at-home partner fought over a lack of appreciation for their roles in raising the kids.

She added that “I think that made us have more of an appreciation for who the other person was and have a different outlook on getting back together and putting in the work to stay together”. The couple did however get back together after about a month. Dr.Jene even claimed that they were in a much better place to work on their marriage. But not all seems to have gone well since then.

In a bid to save their marriage, the couple had gone ahead to sell their $6 million mansion in Newport Beach, California. Dr. Jen hoped that a “new home is a place for a clean slate and fresh start to work on our marriage and family”.

Why Did They Get Separated?

Although the reason is not public knowledge yet, fans are coming up with their theories. One possible reason my be people’s judgment of the stay-at-home dad and Dr. Jen.

In an interview, she said, “We’ve had a challenging relationship and people can be very judgmental. A lot of people have reached out and said, ‘Oh, you deserve better. How do you let him treat you that way?’ But they’re not in the day-to-day. They don’t know the history,” 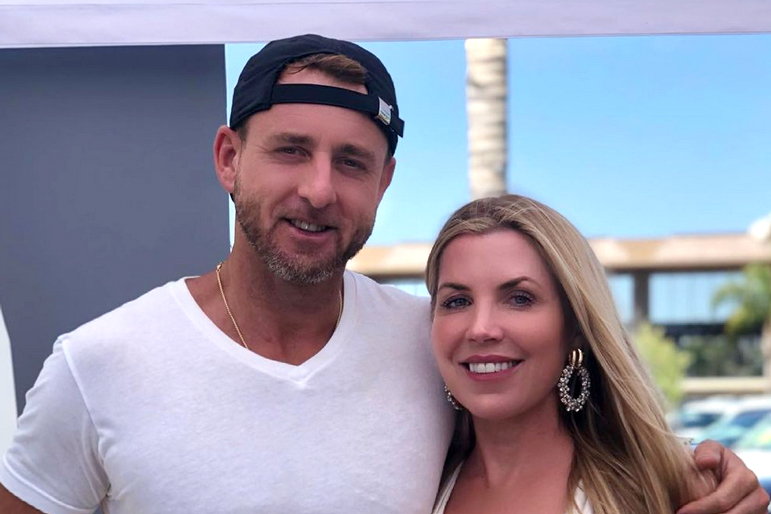 The show gave them fame but it might also be the reason that the couple is no longer together. Dr. Jen added, “I would say that the show put a magnifying glass on what was going on in our marriage that we had ignored for so many years when both of us were not happy.”

Neither of them has made a public comment about the separation. It will be interesting to see if they make an appearance on season 17 of Real Housewives Of Orange County or not. The cast for the upcoming season has not been decided yet.