WWE Superstar Rhea Ripley is off the market for now. Her relationship status just went from single to committed. She confirmed the news of her being in a relationship on social media. 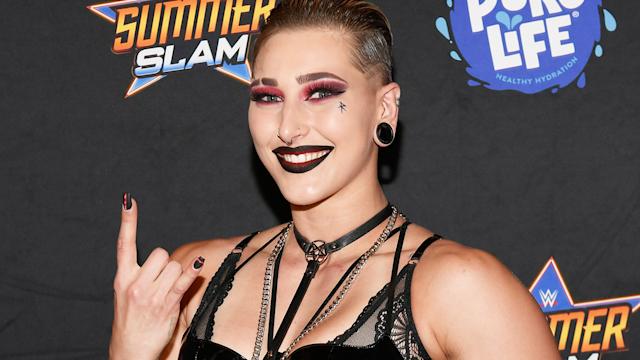 Rhea is in a relationship with Buddy Matthews

Ripley confirmed the news of her dating the fellow Australian wrestler Buddy Matthews on Twitter on May 1, 2022 (Sunday). It all got official when a fan asked her what is one thing that Matthews has and she doesn’t to which the wrestler replied, ‘Me’.

because of this 😭😭 she's been dragging me all day pic.twitter.com/lb8l4lwFlo

Every now and then, Matthew is seen on Rhea’s Twitch streams, and in the past, the duo has also posted many videos of them working out together on various social media platforms like Instagram and Twitter.

Not long ago, Ripley also shared a video in which the two were spotted getting intimate with each other and that sparked the dating rumors of the duo. Two days back, she posted a funny picture of herself with Buddy on the social media platform Instagram. “We be getting swole out here 😉💪🏽”, she captioned the post.

Here’s everything you need to know about Buddy Matthews

For those of you who are unaware, Buddy Matthews is also a professional wrestler.  The real name of Buddy is Matthew Adams. He was born on September 26, 1988, in Melbourne, Victoria, Australia. He attended Berwick Secondary College, and he graduated in the year 2005.

At the moment, Matthew is signed to All Elite Wrestling under the ring name Buddy Matthews. Back in the day, he was trained by Carlo Cannon. He made his debut in the world of wrestling on 8 September 2007 as “Matt Silva”, at Professional Championship Wrestling (PCW), where he joined hands with Jacko Lantern to defeat Adam Brooks and Diaz. He became the winner of the PCW State Championship in 2010 by defeating Danny Psycho.

Buddy is best known for his time on WWE where he performed under the ring names, Buddy Murphy and Murphy. Before joining WWE, he wrestled in his native Australia under the ring name Matt Silva. We must say he has come a long way.

When did Rhea Ripley come into the spotlight?

Demi Bennett popularly known as Rhea Ripley was born on October 11, 1996, in Adelaide, South Australia, Australia. Currently, she is signed to WWE, where she performs on the Raw brand under the ring name Rhea Ripley. 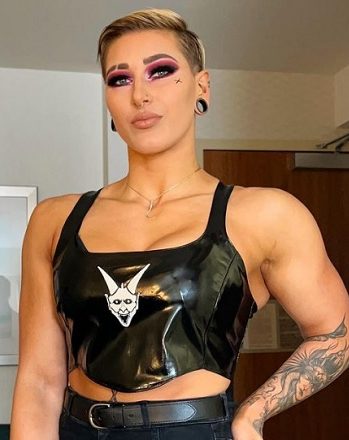 Demi’s New Horizon Pro Wrestling debut was made on 24 May 2014 during the opening night of the NHPW Global Conflict where she joined the Global Conflict Tournament. She got eliminated in the first round of the tournament by Mercedes Martinez.

We wish both Rhea Ripley and her boyfriend Buddy Matthews the best of luck for all of their upcoming matches. Don’t forget to stay tuned with us for the latest updates from the world of showbiz.