Multiple-Academy Awards winner Renée Kathleen Zellweger appeared on “The Kelly Clarkson Show” and bonded over Texan roots. From talking about their lifestyle in Texas, the “Judy” actress and Kelly shared glimpses of their favourite food and life in native. Also, read on to learn about Kelly Clarkson’s favourite LA Tex-Mex!

Renée Drives Down To Beaumont A Lot… 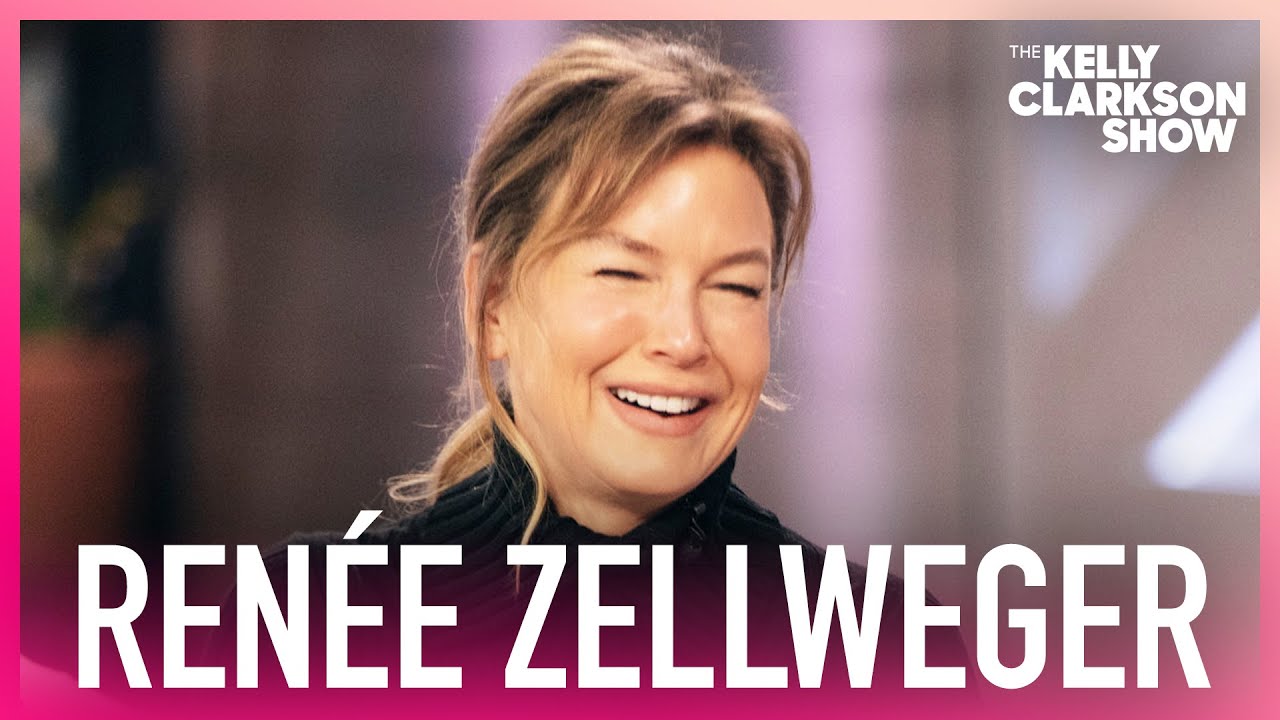 Renée Kathleen Zellweger, who won an Academy Awards for her role in movies like Cold Mountain and Judy stopped by at Kelly Clarkson’s show to discuss her Texan roots. Kelly Clarkson revealed that a couple of her band members from the show are from Beaumont.

The 53-year-old actress also mentioned Mr Matson, her high-school librarian, who was with her until she graduated. She stated how she couldn’t recognize her town when she went there recently. She said, “It grew so much, it’s crazy!” Kelly agreed to her statement and revealed that she lived and then she left, but when she got back, she was like, “This is like a metropolis”.

A Visual Description By Renée

Speaking of the development in Beaumont, Kelly revealed that she was amazed to see a Walmart in the city. When asked, “What’s the hardest part of getting used to L.A.-minus traffic”, the four-times Golden Globe Awards recipient revealed, “don’t kill anybody, that’s the big part”. She explained:

It was that crosswalk, you know, the crosswalk where–coz usually if somebody stops in the left lane it’s coz they’re gonna turn left and so you’ll go around them but not in LA, it’s because there’s like, there’s a human on the road and you have to learn not to go around that person. Kelly intruded and said, “yea, to not hit the pedestrian.”

Renee asked Kelly, “Do you remember the Billboards when you got to the town?” She continued to explain the enormity of them, “you drop down Sunset Boulevard and I am sure, anybody who has visited it–and is, remarkable, isn’t it? Kelly mentioned, “It’s kind of overwhelming though!”

Renee continued, “It is, they are all layered, it looks kind of like…” Kelly stated, “I was like 18 when I moved here and it was right after high school when I remember going on the sunset, when I was like, there was almost too much happening. I couldn’t…and then I am like how can people not wreck daily here, just looking at everything!” The stimuli are a lot overwhelming.

Renee said that there is so much noise in LA and it gets bigger and louder and nobody notices it at all. Kelly asked, “Do you remember the first time your face was on a Billboard.” Before Renee replied, Kelly mentioned that her face was on a giant board for a radio station and she was like, “yea, I made it!”

Renne replied, “I remember when your face was on a giant board.” As for her, she said that she had a lot of films come out. She said, “A bunch of films come out, and they didn’t need me on the billboard.

Kelly asked, “Whenever you go to Austin, do you miss Texas food? Renee replied, “You know it’s funny when I make my plans with my friends, it’s always about what we are going to eat. How many times we can cram tacos into the schedule? Kelly intruded, “Yea because it’s Tex Mex!”

What’s Life Without A Good Queso? 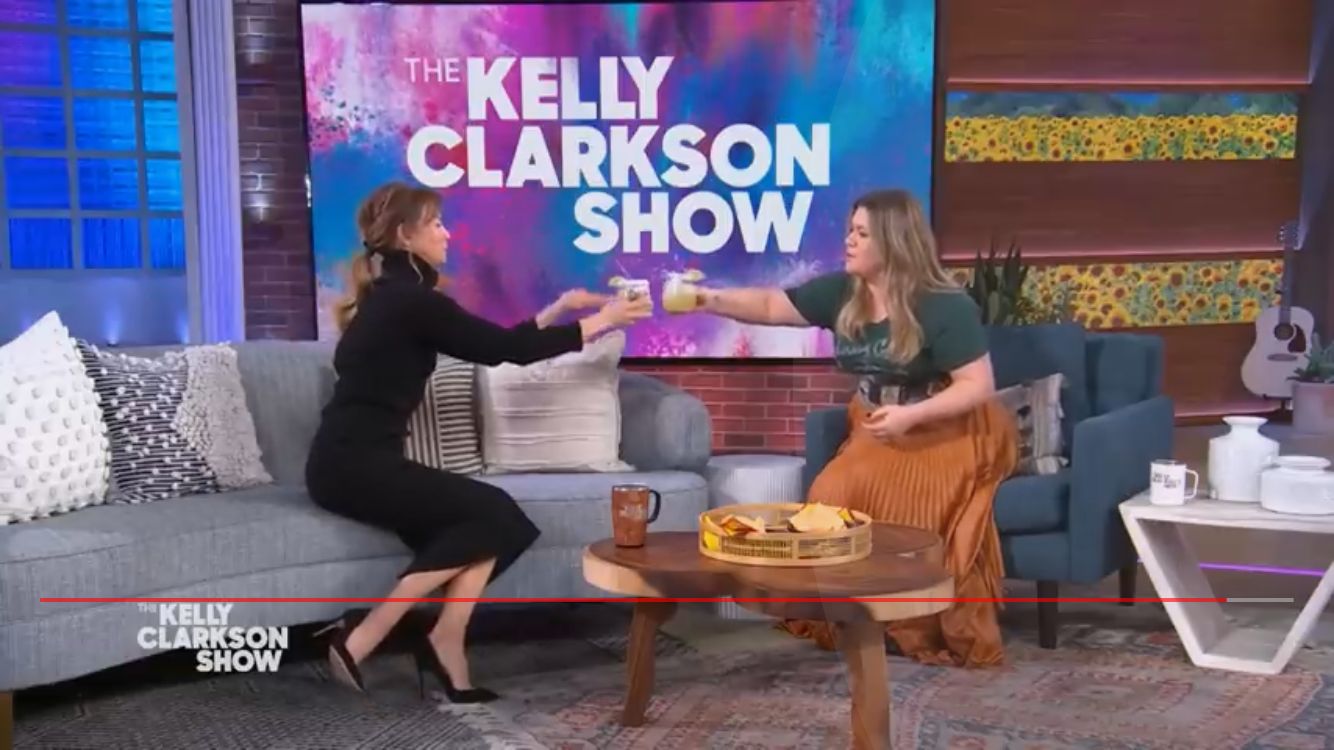 Renne added, “Why is my ice tea passion fruit? I just want a lemon.” Kelly stated that she loves Tex Mex, that’s her favourite thing. “I thought maybe you might mix-miss it,” Kelly added while bringing her favourite Tex Mex. Well, Renee was loaded with excitement by then.

While introducing the food, she said, “I am a polite host. You have a drink and some queso.” Renee stood up in excitement, but Kelly asked her to sit down and wait for a minute. She said, “Here’s the thing! I have been…this is season 3, since season 1, I have been searching for, like good queso in LA. 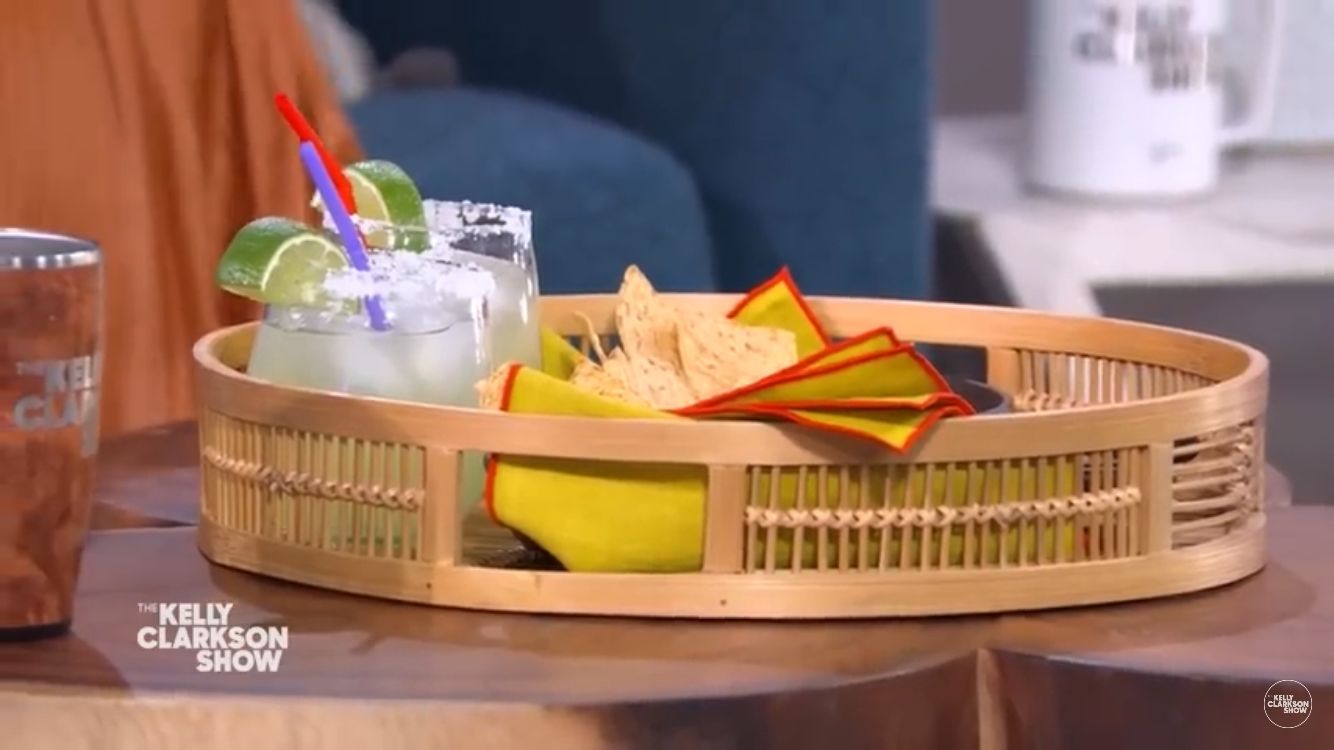 She revealed that the queso on the table is from Roadside Taco in Studio City. “Shout out, because it’s awesome,” she added. Kelly joked that she is not even being paid by Roadside Taco but she is truly in love with them. Kelly then asked Renee, “I need you to, maybe do you wanna taste? The two mouth-watering ladies bent ahead and tasted the queso.

While picking up a piece, Renee told the audience, “I’d like to apologise in advance because this looks really good.” Kelly added, “It’s very good but it needs to be warmed up a bit.” As Renee tasted it, she stated that if it gets better than this, her head would blow off. She absolutely loved the queso, and why not, it’s hard to find good ones in LA, eh? What do you think? What do you love the most about Texas?