A colourful pageant reflecting Britain’s diversity paraded through central London on Sunday (5 June), the final day of a long holiday weekend honouring Queen Elizabeth II’s 70 years on the throne. Amin this, there was a little shining star who made his debut appearance. It was none other than Princess Eugenie’s son, August (1). Princess Eugenie and Jack Brooksbank’s son, August, has made his first official public appearance in the Queen’s Platinum Jubilee pageant. The one-year-old tod was photographed sitting in the royal box on Sunday, alongside his mother and father.

August was donning a sweater adorned with the Union Jack Flag. Also, he’s got his red hair from his grandma Sarah Ferguson. The boy was delighted to watch the colourful event and was looking cheerful.

Princess Eugenie also took to her Instagram to share snaps from the royal day. She wrote, “The Platinum Jubilee Pageant was just incredible. To all the people that took part, organised it, made it flawless for us all watching, THANK YOU. You made us all so proud.” She shared some adorable snaps of herself with her son, August who was seen enjoying the gala affair.

Back in February, Eugenie, 32, shared photos of her son with her 1.3 million followers on Instagram. She wrote, “Thank you for so many wonderful messages. Our hearts are full of love for this little human, which words can’t express, we are excited to be able to share these photos with you.⁣”

Plenty of other royals stepped out to celebrate this weekend. In addition to August and his family, Kate Middleton, Prince William and their three children – Prince George, Princess Charlotte and Prince Louis – were photographed enjoying the festivities.

How is  Princess Eugenie Related to Queen? 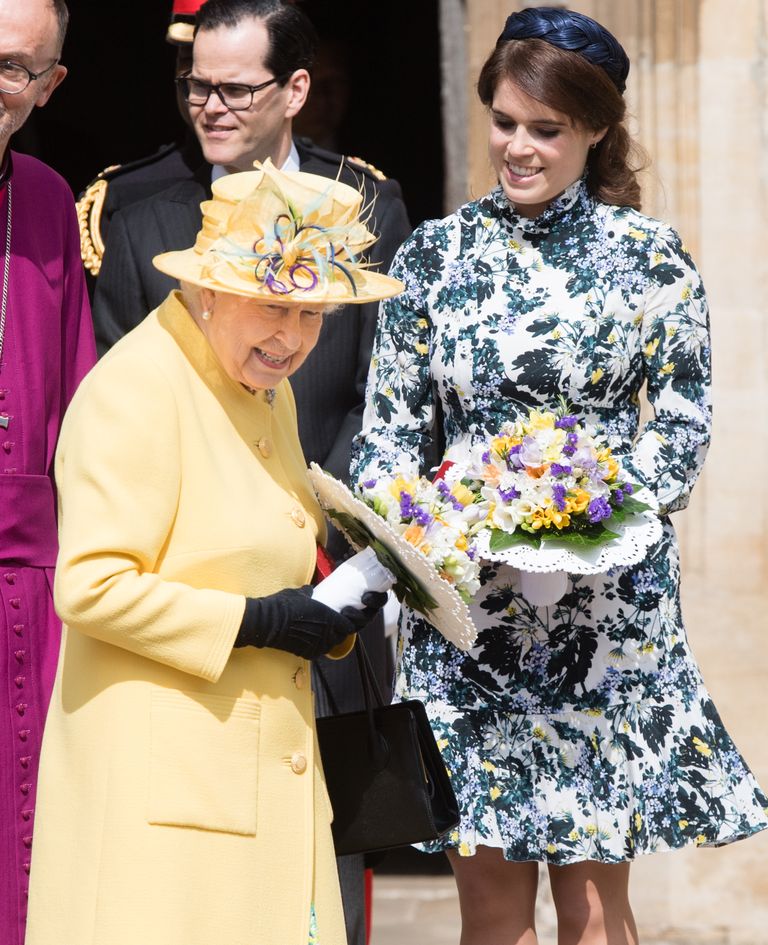 August is the first child of Princess Eugenie and great-grandson of Queen Elizabeth II. Eugenie’s parents are Sarah “Fergie” Ferguson and Prince Andrew. She tied the knot with Jack Brooksbank in 2018.

Eugenie’s disgraced father, who was stripped of his military and royal titles in January after settling a civil sexual assault lawsuit, has been absent from any of the four-day Jubilee celebrations honouring Queen Elizabeth II.

While the Queen’s affinity for Eugenie’s mother Sarah Ferguson has wavered over the years, the monarch has always remained close with her granddaughter. Eugenie who is a director at the art gallery Hauser & Wirth in London has been busy starting her own family in recent years.

Despite her status as a non-working royal (an allegedly contentious matter within the Windsor walls), she still spends a great deal of time with her grandmother. While Eugenie, like her sister Princess Beatrice, receives no public funding, they both regularly attend functions with their grandmother.

Oh well, the Queen absolutely loves Eugenie despite what Prince Andrew did. In fact, she was the first person to know about her granddaughter’s engagement with Jack. On the queen’s Platinum Jubilee, the princess honoured Queen Elizabeth by writing:

“Her Majesty the Queen is an incomparable monarch who has reached a record-breaking milestone. She also happens to be my grannie, and I am a very proud granddaughter. I think about my son August and what I’d like for him, and what kind of world I’d like him to grow up in.”

She added, “And I think of my grannie and what she has stood for, for so many people and for our family during these 70 years. I’d love Augie to have her patience, her calmness and her kindness, while always being able to laugh at himself and keep a twinkle in his eye.” The Queen, who suffers from mobility issues and has been absent from the events since June 2, also made a surprise appearance at the pageant.

A Humble Statement From the Queen… In a crowning moment for her Platinum Jubilee, Queen Elizabeth II waved at tens of thousands of adoring crowds from the balcony of Buckingham Palace, delighting fans who had hoped to catch a glimpse of her during the final day of festivities.

With the ringing of bells at Westminster Abbey, a spectacular military parade featuring 200 horses began the ceremony as they marched down the Mall to Buckingham Palace. They flanked the gilded gold state coach, a horse-drawn carriage that transported the queen to her coronation 69 years ago.

Millions of people also held Jubilee parties and street lunches in towns and cities across the UK on the final day of the four-day bank holiday weekend. The queen wasn’t taking part in the pageant but a virtual version of her, drawn from archival video from her 1953 coronation, was shown in the coach’s windows. 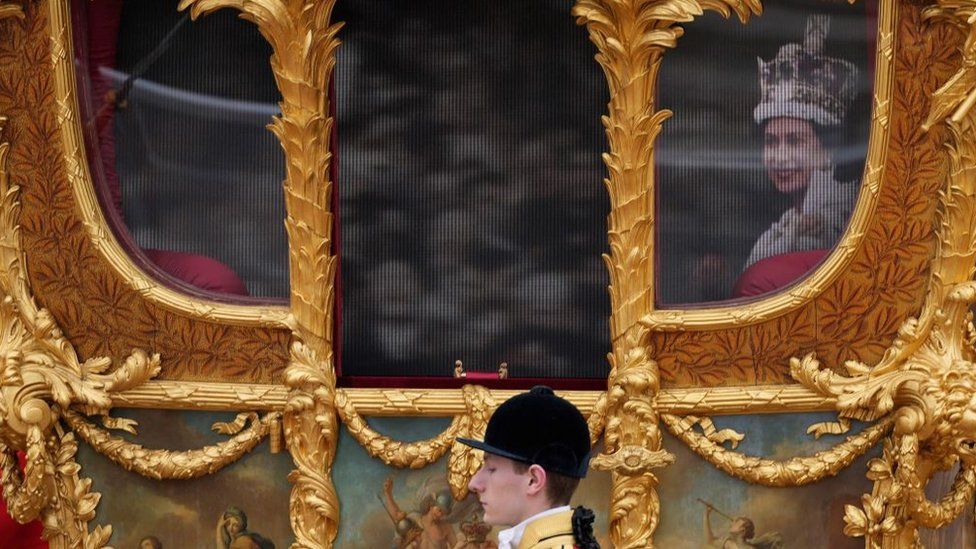 The 260-year-old Gold State Coach which carried the Queen to her coronation in 1953 rode through the streets, with the Queen appearing as a hologram inside. After the said pageant, the queen released a humble statement wherein she said that she was “humbled and deeply touched” by the Platinum Jubilee celebrations held across the UK.

In a “thank you” letter after a concluding pageant in London, she said she remained committed to serving as monarch with the support of her family. The statement reads as under:

“When it comes to how to mark 70 years as your Queen, there is no guidebook to follow. It really is a first. But I have been humbled and deeply touched that so many people have taken to the streets to celebrate my Platinum Jubilee.

“While I may not have attended every event in person, my heart has been with you all; and I remain committed to serving you to the best of my ability, supported by my family.

I have been inspired by the kindness, joy and kinship that has been so evident in recent days, and I hope this renewed sense of togetherness will be felt for many years to come.

I thank you most sincerely for your good wishes and for the part you have all played in these happy celebrations.”

As the Queen greeted the crowds from a balcony at Buckingham Palace, the monarch was joined by her eldest son Prince Charles and his wife Camilla as well as Prince William and Kate Middleton and their three children.
Share
Facebook
Twitter
Pinterest
WhatsApp